Girish Kuber’s book has many interesting anecdotes of stories, struggles, trials and tribulations, and many jubilations behind the family’s journey.

A lot is already known about the Tatas; one of India’s foremost business groups and family. Despite this, Girish Kuber’s account of the Tatas spanning 200 years is worth a mention because it condenses- and yet maintains enough drama and riveting details of- the story of how the Tatas built an empire. Girish Kuber, Editor of Loksatta (the Marathi daily from the Indian Express Group) originally wrote and published this book in Marathi in 2015. The book was translated into English by Vikrant Pande in 2019.

Kuber starts the story in Navsari, a town in southern Gujarat, where Nusserwanji Tata, father of Jamsetji Tata, was born in 1822. Although Jamsetji is widely regarded as the founder of the Tata group, the seeds were firmly sown by his father when he decided to not follow his family tradition of priesthood and instead headed off to Bombay with his wife Jeevanbai and their young son Jamsetji who was born by then. The book then follows, almost chronologically, the family’s journey of building a business empire.

Starting from Jamsetji’s earliest days as a trader of cotton and opium (which was legal back then), then later setting up cotton mills in Nagpur and Mumbai. From laying the foundation of building India’s first steel manufacturing company and the Taj Mahal hotel, both of which fructified after his death and were nurtured and brought up by his two sons, Sir Dorabji Tata and Sir Ratan Tata. Their legacy was continued by Jehangir Rantanji Dadabhoy (JRD) Tata who forayed the group into aviation by setting up India’s first airline, Tata Aviation Services (originally an air mail service) and later rechristened Air India as India’s first commercial airline. And the group’s foray into chemicals and salt business, to name just a few. Finally Ratan Naval Tata, who succeeded JRD as the group chairman, led the group’s entry into the information technology sector, apart from building passenger cars. The book has many interesting anecdotes of stories, struggles, trials and tribulations, and many jubilations behind the family’s journey. By and large, three themes spring up.

The first is how the Tatas contributed to nation building at a time when the British were very much ruling India. The first World War hadn’t even broken out, but that was a time when Nusserwanji and Jamsetji felt that India needed to be prepared for the future and be industrialised. Where to start?

Although India used to produce and export cotton, it never produced cloth. The Tatas set up cotton textile mills. A world-class hotel was needed in a growing city that had very few hotels and largely catered to Englishmen. That led to the birth of the iconic Taj Mahal Hotel. Inspired by a lecture that Jamsetji attended in London where it was said that a nation that understood the value of iron would reap its weight in gold, he, alongwith the help of his two sons and his brother-in-law’s son Ratanji Tata set up Tata Iron and Steel Company (TISCO; Tata Steel today). Jamsetji persevered to set up Indian Institute of Science, a world-class education institute, though sadly Jamsetji didn’t live long to see it being born. After India’s independence, JRD led the Tatas into aviation, automobiles and chemicals.

Not just plant and machinery

The second theme that comes out strongly is how the Tatas nurtured its employees. When Jamsetji set up Empress Mills in Nagpur, the city was laid back; absenteeism was common. Jamsetji devised a retirement fund and an insurance policy to cover medical costs for injuries incurred at work, among the earliest known examples of employee welfare schemes in India. When TISCO was being set up, Jamsetji didn’t conceive plant and machinery. A township with wide roads, trees “that would absorb the heat”, football grounds, temples, mosques and churches were part of the urban planning that went into setting up TISCO; the town today is called Jamshedpur. Post-World War I when TISCO ran into rough weather due to recession, there were concerns that the company might not be able to pay salaries. Sir Dorab Tata (Jamsetji’s elder son) sold his personal assets and even asked his wife to sell her jewels. He raised Rs 1 crore and another crore from Maharaja of Gwalior (a family friend and an investor in TISCO) to ensure salaries to all were paid in time. 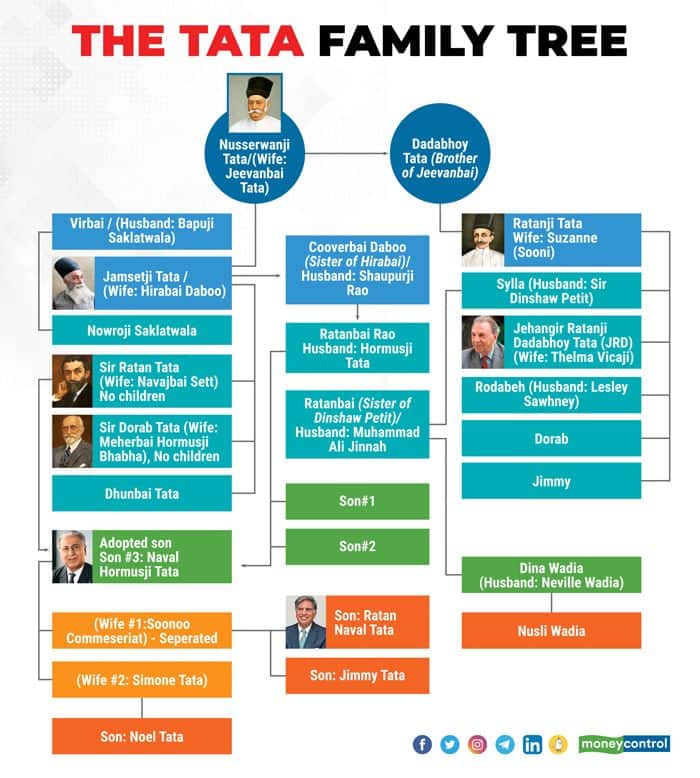 The third is about the Tatas, especially JRD, struggled with India’s political heads, particularly in the first two decades after India’s independence. Aside from how JRD’s beloved Air India was nationalised- apart from Tata’s New India Assurance- despite his protests, Kuber gives us an inside account of how JRD battled top ministers’ whims at the time that threatened to, what JRD felt, slow India’s progress. JRD didn’t agree with Gandhi’s and Nehru’s socialism, especially the disdain with which some of Nehru’s ministers saw industrialists.

Kuber talks about a shocking incident. Two years after Air India was nationalised in 1953, Nehru was to attend the Afro-Asian conference in 1955. He was keen to fly Chinese premier Chou En-lai from Hong Kong to Indonesia. He sent an Air India plane to pick him up. The Chinese premier didn’t turn up at the airport. Some Chinese bureaucrats came and the plane flew away to Indonesia. However, a time bomb aboard exploded and the plane went down. JRD was devastated. There were only three survivors. Later, when a senior AI pilot, close to JRD, met with Chou En-lai, it transpired that the Chinese knew about the danger and instead wondered why India didn’t know about it. Despite this, Nehru sent another AI plane to get the Chinese premier to Indonesia.

JRD’s struggle with politicians and the licence raj continued with Indira Gandhi and Morarji Desai, despite being close friends with the Nehru family all along.

The book is a fascinating read. The language is easy, reads like a story and can be read in one or few sittings, yet is rich in content. The only flaw here- as with all other such books that need a lot of access with the subjects to get their hands on inside accounts, tales and untold stories- is that it comes off as slightly one-sided. For the many successes of the Tatas that the book focusses on, its failures aren’t much highlighted. A whole chapter is focused on the struggles that Ratan N. Tata went through to realise his dream small car, but the book is silent on Nano’s struggles in subsequent years after launch. Other businesses that are struggling like aviation or didn’t much yield like the group’s entry into Telecom and its ill-fated acquisition of Corus- Europe’s second-largest steel producer- are virtually absent from the book.

But that’s a minor complaint in an otherwise good read. Grab your copy.

Kayezad E Adajania heads the personal finance bureau at Moneycontrol. He has been covering mutual funds and personal finance for the past two decades, having worked in Mint and Outlook Money magazine. Kayezad was the founding member of Mint’s personal finance team when it was set up in 2009.
TAGS: #Girish Kuber #Tatas #weekend reads
first published: Mar 20, 2021 09:23 am