Addictions and anxiety: Navigating the murky world of today’s teenagers

Jyotsna Mohan Bhargava's new book shows how addiction to gadgets and the internet, coupled with emotional disorders and drug abuse, have led to a vicious cycle.

These are some of the shocking statistics from the new book Stoned Shamed Depressed (HarperCollins) by Jyotsna Mohan Bhargava, who worked with NDTV for 15 years as a senior news anchor and senior news editor. Filled with a number of similar facts, reports, interviews, insights, research and experiences related to the world of urban teens or “tweens”, the book investigates a side of urban India that would be disturbing for many.

It goes on to unravel their confused journey into adulthood—“a road that is full of temptations and easy adventure, where the boundaries get blurred and where what happens today can have repercussions for years to come.” The author warns at the very outset that this is not a parenting book.

Showcasing appalling cases of children from supposedly “good”, affluent families studying in some of the most prestigious schools in urban cities, the book chronicles how social media has transformed society in recent years, adversely affecting youngsters more than anyone else. “From sexting to hacking, the playground has morphed into a battlefield.”

It’s unfortunate that this ‘Insta’ generation, known for their side-tilting selfies, are closer to their gadgets than they are to their friends—human relationships are far more complex and disappointing than a device—and despite having a galaxy of virtual friends on Facebook and Snapchat, they couldn’t be lonelier. 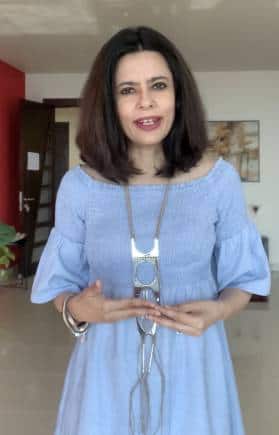 Jyotsna writes that addiction to gadgets and the internet coupled with emotional disorders and drug abuse is a vicious cycle. During the Covid-19 pandemic, with classes moving online, the situation has aggravated and become more acute than ever as children’s dependence on gadgets and technology has spiralled.

Let’s not forget that this is also the generation under huge pressure to score the highest marks in order to get into the top colleges (where anything less than a hundred percent is not good enough). 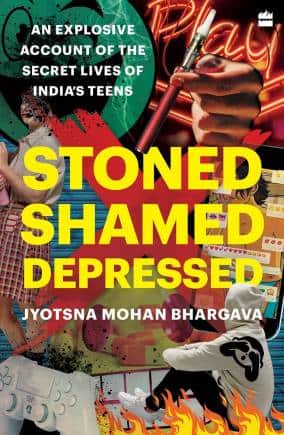 It is this performance anxiety that forces several students to take ‘smart’ drugs that help boost their short-term memory and concentration levels. Sleep deprived, as they are on their phones through much of the night, they find themselves distracted the following day.

In turn, they resort to substance abuse in order to pay attention in class, and “weed” and “hash” are but commonly used terms in today’s schools. While countless urban youth have been goaded by their peers into experimenting with marijuana and pills, college kids are often into harder stuff like cocaine, MDMA (Ecstasy) and acid (LSD).

Then there is vaping, e-cigarettes and JUULs. It’s startling to know that some children also indulge in aggressive betting during cricket tournaments, and the money they earn goes straight into their ‘drug fund.’

Since children are likely to imitate the behaviour they observe around them, their immediate environment—notably, parents—are largely to blame. The conventional child-raising style has gone from helicopter parenting to snowplough parenting, wherein parents “smoothen and clear everything in their children’s way instead of letting them tumble a few times.”

Moreover, in today’s digital age, a majority of parents are addicted to their gadgets and technology too, which is where this obsession in their children often comes from. Toddlers are exposed to screen time ever since they are born—and YouTube is used as a babysitter by many. “Children are a reflection of their parents and their parenting, a mirror image of their family environment,” she notes.

The problem also stems from the fact that in India, we are not used to talking to our children about uncomfortable issues, which would help educate and make them more aware. This is further confounded by no proper sex education classes being imparted in our schools. Unfortunately, ignorance is bliss for families who have enough money for a psychologist, but no time to spend with their children.

While awareness about emotional health and wellbeing is gradually improving, people still believe that accepting treatment is admitting failure. Experts feel that it is only when we treat mental health as a disease that the stigma associated it with it can be removed.

Schools, on their part, need to inculcate a spirit of camaraderie rather than competition among students. In the stressful race for excellence, young people must also be taught to face disappointments. They need to understand that rejections and failures are a part of life—and not their end.

Today’s children also need to be exposed to more unstructured free play time as well as mental and physical stimulation, including both indoor and outdoor games. Most of all, they simply need to spend more quality time with their parents. Open dialogues about sex and how to be responsible about it is the need of the hour.

Jyotsna, a mother of two girls herself, also throws light on the fact that in middle-class Indian families, while we have raised our girls to be confident and fight for their rights, no one has bothered to remind an entire generation of boys to change too: “The onus is on the girl to protect herself; it is she who has to prove her innocence.”

In this context, “Continuous communication, conversations, and not confrontations, with our children, are key.”