LIVE Now :Watch Life Goals Masterclass with Bajaj Allianz Life Insurance and learn how to make ‘Smart investments for a secure retirement’
you are here: HomeNewsTechnology

The new feature aims at reducing the spread of false claims about the US Election and the voting process.

Twitter is adding a new feature to crackdown on fake news and misinformation through another warning message. The new feature aims at reducing the spread of false claims about the US Election and the voting process.

Giving context on why a labeled Tweet is misleading under our election, COVID-19, and synthetic and manipulated media rules is vital.

These prompts helped decrease Quote Tweets of misleading information by 29% so we're expanding them to show when you tap to like a labeled Tweet. pic.twitter.com/WTK164nMfZ

Twitter mentions that its prompts have been instrumental in curbing Quote tweets of misleading information by 29 percent. However, it hasn’t mentioned if it has helped reduce unquoted retweets. Twitter aims to use these prompts to reduce the amount of potentially dangerous tweets and news about COVID-19 amid a surge in cases around the world. 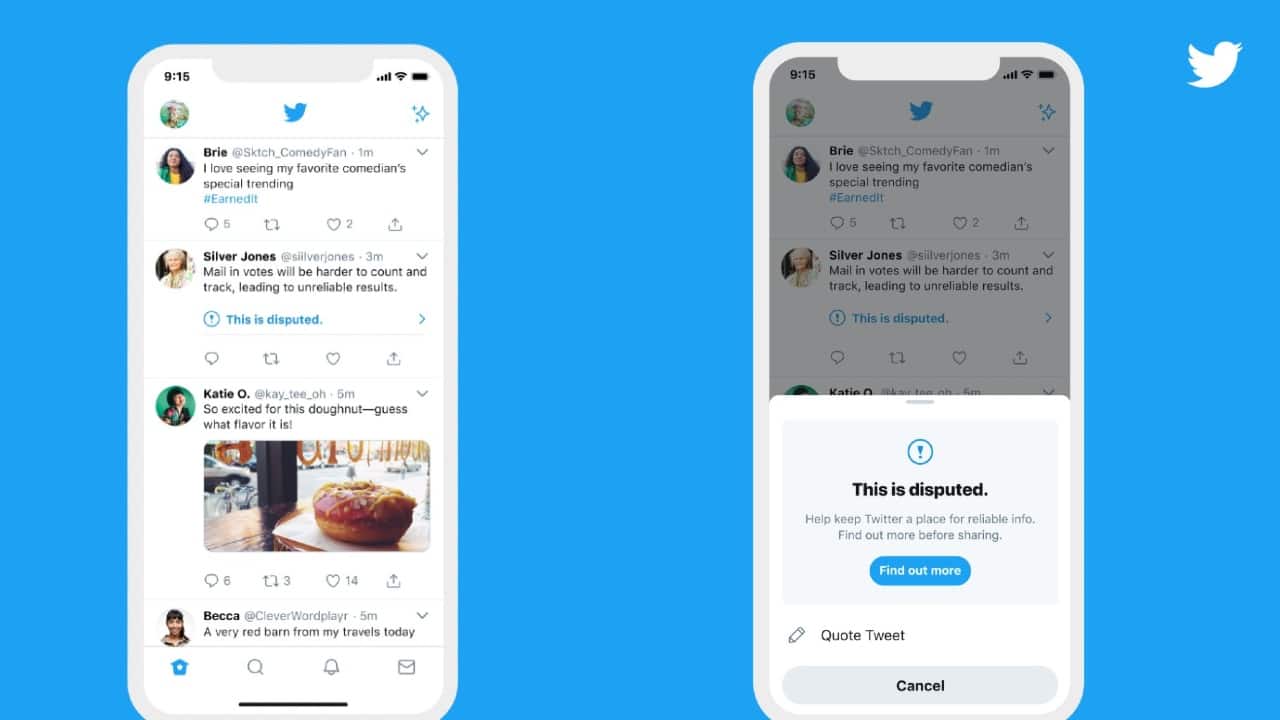