Tune in on 17th July for the Small Business Virtual Summit with Cisco. Register now!
you are here: HomeNewsTechnology

The difference between the 4100 AND 4100+ is that the former does not come with an AON co-processor.

Qualcomm on Tuesday launched the Snapdragon 4100 and 4100+ wearable chipsets. These two new chips from the Snapdragon Wear 4100 platform are designed for next-generation connected smartwatches and are based on ultra-low-power hybrid architecture. 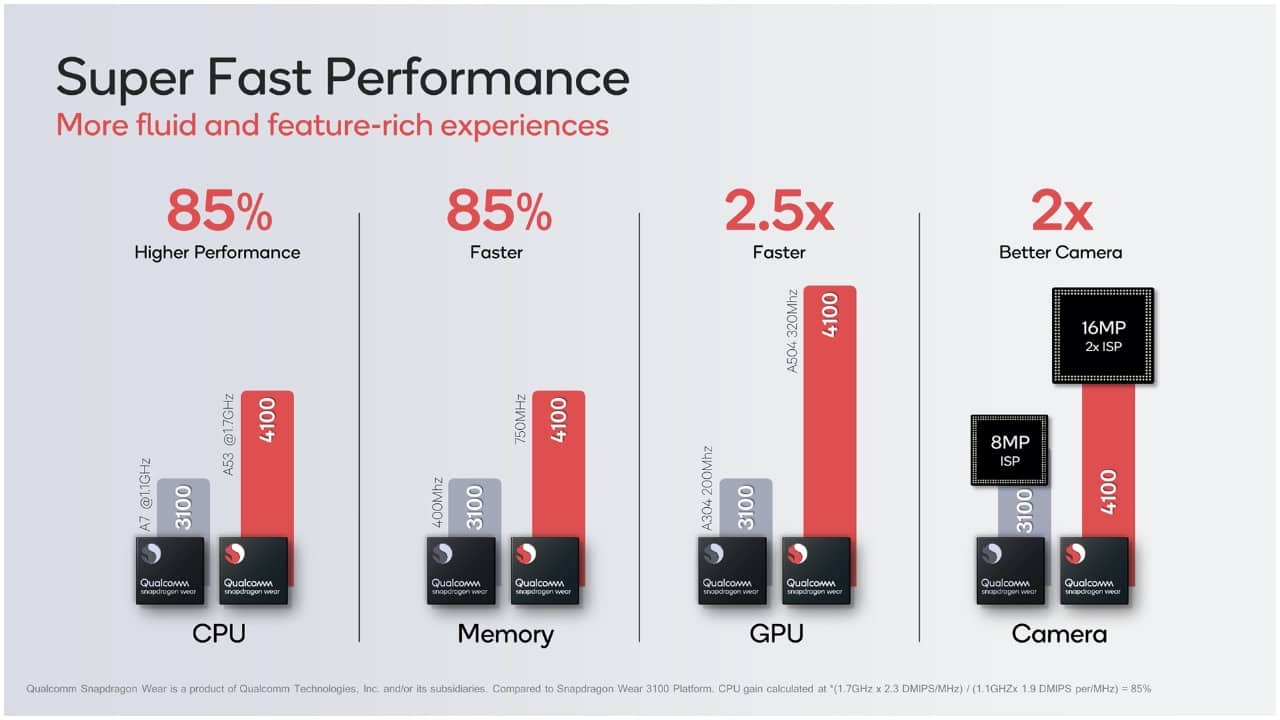 The new chipset comes with an Always-ON (AON) co-processor, which supports up to 64K colours and extends offload experiences to include continuous heart rate monitoring, faster tilt-to-wake responsiveness, steps, alarms, timers, and haptics.

The difference between the 4100 AND 4100+ is that the former does not come with an AON co-processor. The other specifications remain identical.

The Wear 4100 family has support for Wi-Fi a/b/g/n and Bluetooth 5.0 connectivity standards, which are claimed to reduce power consumption by around 25 percent. It supports both the Android Open Source Platform (AOSP) and the Wear OS by Google OS platform.

Qualcomm has unveiled that the new chipset will be used in the upcoming Mobvoi TicWatch Pro 3 and the Suunto wearable. Another wearable company, imoo, will launch the Z6 Ultra kids smartwatch using the Wear 4100 within the next 30 days.

Bharat Bond ETF or Yes Bank FPO: Which one to choose?