The OnePlus 8 was already a good phone, to begin with, and all the '8T' does is bring a few upgrades in just the right areas while maintaining a very competitive price.

The OnePlus 8T was unveiled last month as the middle child in the OnePlus 8 series. The OnePlus 8T starts from Rs 42,999 in India for the base model, while the higher configuration will set you back Rs 45,999. Unlike last year, OnePlus didn’t reveal a ‘Pro’ model in the 8T series, putting the handset right in the middle of the OnePlus 8 and OnePlus 8 Pro. So, without any further delays, let us take an in-depth look at the OnePlus 8T 5G.

First off, the OnePlus 8T 5G is slightly smaller than the 8 Pro and losses out on the curved display edges. Since the screen curvature doesn’t really offer any utility, this won’t be a major loss. The handset features a new glossy glass back panel, while the model OnePlus sent us arrived in an Aquamarine Green finish. The vertical camera layout has been replaced by a rectangular box-shaped module. Despite the glossy finish, the panel doesn’t really attract fingerprints. Additionally, the OnePlus 8T 5G retains the hole-punch cutout for the front camera. You also get Gorilla Glass protection on the front as well as an aluminium frame. The full glass body, coupled with the aluminium frame, does make the phone heavier than usual. I personally preferred the matte finish on the OnePlus 8 Pro, but it really comes down to personal preference here. The phone’s overall build quality is pretty solid, while the phone is easy to grip and feels nice to hold.

The OnePlus 8T 5G sports a 6.55-inch Fluid AMOLED display with a 20:9 aspect ratio. The panel features a 120Hz refresh rate, similar to that of the OnePlus 8 Pro, although you are left with an FHD+ screen resolution. To be honest, the lower resolution wasn’t an issue, you barely notice the difference at this size, unless you are really looking for it. You can toggle between 60Hz and 120Hz manually, but the panel does switch to 60Hz in specific scenarios even if you’ve selected the 120Hz mode, presumably to help preserve battery. The Fluid AMOLED display also supports HDR10+, HDR10, and HGL content. Additionally, the Widevine L1 DRM support enables watching Netflix at the best possible settings. Lastly, the screen also gets a 240Hz touch sampling rate, greatly reducing latency and making it much more responsive. But overall, the display is pretty sharp. As far as FHD+ AMOLED panels are concerned, this is certainly one of the best out there.

For performance, the OnePlus 8T 5G is powered by the Snapdragon 865 SoC. Unlike last year, the ‘T’ version doesn’t get the ‘Plus’ version of the flagship Snapdragon chip. However, it didn’t really make a difference; the SD 865 is a pretty capable chip and ensures the overall experience is second to none. Call of Duty Mobile ran without a hitch, providing a smooth experience with the settings maxed out. I also ran Fortnite on 90fps without any problems. In Geekbench’ single-core test, the OnePlus 8T managed to score 884 points, while hitting 3,163 points in the multicore test, which is in line with the 8 Pro. Additionally, OnePlus has also added a new cooling system on the 8T, with a much larger vapour chamber. The chipset on the OnePlus 8T is accompanied by up to 12GB of RAM and up to 256GB of UFS 3.1 storage. The phone also gets a dual stereo speaker setup, which offers a fairly loud output with minimal distortion. There’s no headphone jack, but you do get Dolby Atmos support for a more immersive audio experience.

In terms of optics, the OnePlus 8T 5G gets a 48 MP quad-camera setup. The phone features a 48 MP Sony IMX586 primary sensor with an f/1.7 aperture. The main camera is paired with a 16 MP, f/2.2 ultrawide shooter with a 123-degree FoV, a 2 MP Monochrome lens, and a 5 MP macro camera. The main camera here features optical image stabilisation and can record 4K video at up to 60fps. On the front, the hole-punch notch houses a 16 MP, f/2.4 Sony IMX471 sensor for selfies. The performance of the main 48 MP camera on the OnePlus 8T is pretty solid for the most part. In bright outdoor light, image quality is on point with wide dynamic range. Daytime shots on the main camera feature lot of detail, while colours are very accurate represented across the board. The camera also raises shadows, often resulting in shots with less contrast. There is some aggressive sharpening here as well, while the white balance can also be a hit or miss.

The main camera setup does have a fair bit of caveats but is still pretty good across the board. The OnePlus 8T can automatically switch between regular and night mode, depending on the light in the scenario. Night mode works quite well, fixing exposure to make objects more visible in darker areas. 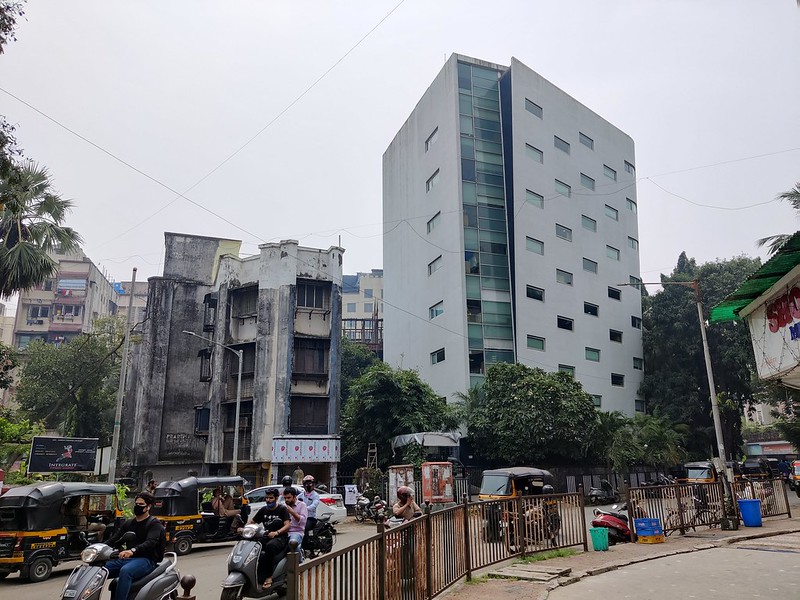 At times images appear even brighter than the actual scene itself, although sometimes this can make skin tones look unnatural. You can also use Nightscape on the ultrawide camera, with decent results. Additionally, textures in night mode aren’t as sharp when shot in the daytime, but this was expected. Overall, Nightscape does a pretty good job in the vast majority of scenarios but tends to miss the mark on some occasions.

The OnePlus 8T features a 16 MP ultrawide camera that captures colours accurately but struggles to maintain parity with the primary camera sensor. There’s not a lot of dynamic range and detail in photos taken on the ultrawide camera, while it doesn’t do a particularly good job at night as well, despite the presence on Nightscape mode. The OnePlus 8T also has a macro camera, but it pales in comparison to the OnePlus 8 Pro’s implementation. Lastly, we weren’t quite sure of the utility offered by the monochrome camera unit as it only adds the black-and-white effect and the photo itself is taken from the main camera. 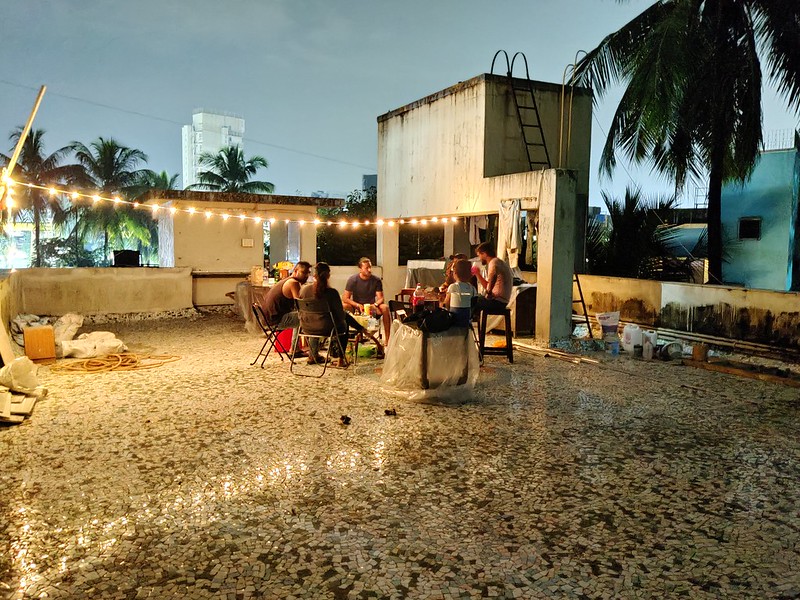 Footage retains a lot of detail but can look oversaturated at times. The selfie camera can record 1080p video with good stabilisation. There’s a Video Nightscape mode as well, which offers bright exposures in low light as compared to the standard video mode, although the resolution is limited to 1080p, and quality is still average at best.

The OnePlus 8T takes good selfies and portrait shots. Edge detection is mostly on point for portraits, but sometimes it does blur small portions of hairs. Selfies, on the other hand, look good with minimal noise, skin tones look natural with plenty of detail. There’s no Nightscape for selfies, so you’ll have to stick with the screen flash. Overall, selfies in the daytime look quite good but tend to struggle in low light.

The 4,500 mAh battery on the OnePlus 8T is more than sufficient of getting you through a full day of use on a single charge. The 4,500 mAh battery capacity is just about the same as that on the OnePlus 8 Pro and is currently the standard size for most 2020 flagships. I got around seven hours of screen-on time with 10-percent battery life left. I got around two days of use with a single charge, but that can be attributed to the lockdown, with overall usage dipping. 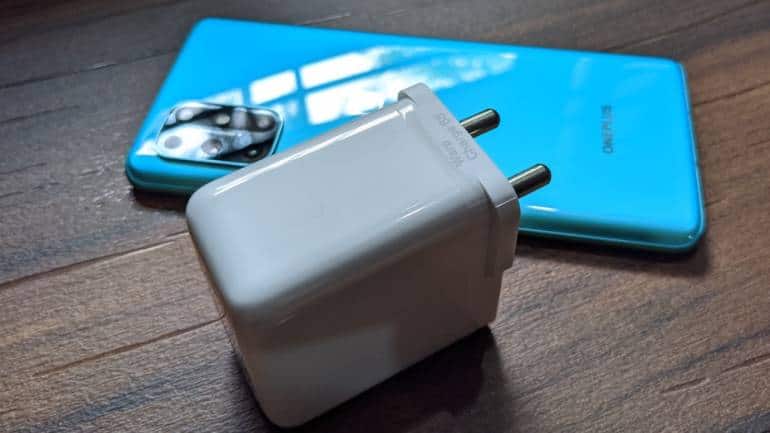 However, the star of the show here is not the battery, but the 65W charging adapter included in the box. Yes, 65W, we’re talking zero to hundred in around 40 minutes. This feels so much faster, even if you’re upgrading from a 30W charger. The downside here is that there is no wireless charging, so if you are used to wireless charging, then this will definitely seem like a letdown. But overall, battery life is quite strong, while charging speed is incredible.

The OnePlus 8T 5G runs on Android 11 with the new OxygenOS 11 skin, which has got a few changes. The skin features a minimalist look with some tweaked animations. There are newly optimised animations and gestures, as well as customisations to meet your personal preferences. OnePlus has made one-hand optimisations for users with smaller hands. There is a new dark mode, while the Always-on display that can be customised with different clock styles, Bitmojis, and more. ZenMode 2.0 is also available on OxygenOS 11. Oxygen OS 11 looks and feels really nice, with the addition of some cool new features and a new look. It is difficult to understand the logic behind stirring things up with OxgenOS, which has been one of the strongest areas of OnePlus phones, but you never know, ‘change’ could be a good thing.

What you get with the OnePlus 8T is the standard upgrades over the OnePlus 8. If you remove the OnePlus 8 and OnePlus 8 Pro from the equation, the 8T is a pretty good phone. But it isn’t the ‘marvel’ that was the OnePlus 8 Pro, which is arguably one of the best phones of 2020, especially if you consider its value proposition in the premium market. But getting back to the OnePlus 8T, and you realise that many of the upgrades here are novelty improvements. The OnePlus 8 was already a good phone, to begin with, and all the '8T' does is bring a few upgrades in just the right areas while maintaining a very competitive price. The biggest changes come on the software and charging fronts, but other areas, like the display, performance, and cameras, have gotten minor tweaks. Apart from the lacklustre cameras, the OnePlus 8T looks and feels like a full-blown flagship. Despite the older camera sensor, our main grip here was definitely with the camera processing, rather than hardware.

Overall, the OnePlus 8T is still an excellent handset that provides great value. However, when compared to the big generational leaps offered by the OnePlus 8 and OnePlus 8 Pro, it seems like somewhat of a disappointment. But considering its competitive price, there really isn’t all that much to complain about. So, to address the question of ‘should you buy it’, the answer is a resounding ‘yes’. The upgrades over the OnePlus 8 are more than worth the extra 3K you’d have to shell out for the 8T.
Carlsen Martin
TAGS: #gaming #OnePlus #smartphones
first published: Nov 6, 2020 03:31 pm