The Legion 5 combines AMD and Nvidia hardware in a pretty robust machine. Does it give it an advantage over its competition? Let's find out

AMD has been upping the ante in the laptop game with its 7nm mobile Ryzen CPUs, which have been popping up in droves on budget and mid-range gaming laptops. The Lenovo Legion 5 is one such gaming laptop, which uses AMD’s Ryzen 4000H series chips to pretty good effect. At a starting price of Rs 73,490, the AMD-powered Legion 5 is well-positioned in the affordable gaming market, featuring a pretty solid spec sheet. But how do these specs fare in terms of real-world usage; stick around and let’s find out.

The Legion 5 weighs around 2.3 kg and is relatively slim, which makes it quite portable for use on-the-go. The aesthetics hit the sweet spot between gaming and professionalism. While the notebook has a Phantom Black colour scheme, it seems like more of a mix between a black and grey. The Lenovo branding is present on the lid and under the keyboard deck. Speaking of the keyboard deck, the palm rest underneath is quite large and comfortable. Despite the plastic chassis, the overall build quality seems pretty solid, with minimal flex on the display. The overall build of the Legion 5 is quite sturdy and doesn’t feel cheap. Lenovo’s TrueStrike keyboard offered a pleasing feel while typing and gaming. The keys have a satisfying travel distance of 1.5mm. The keyboard also features white backlighting with two levels of illuminations. The keyboard also has a full-size number pad on the right, which was quite convenient. The Legion 5 is equipped with a responsive trackpad with multi-finger support and Microsoft’s Precision drivers. The trackpad area is fairly large and makes navigating relatively easy. 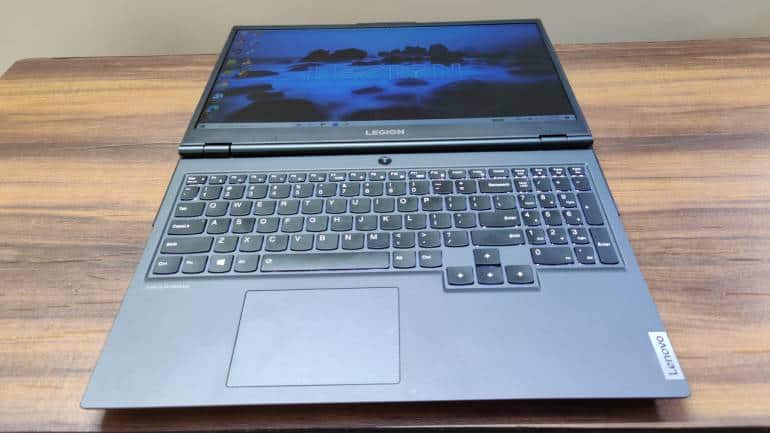 The Lenovo Legion 5 has a 15.6-inch Full HD (1080p) IPS LCD panel with a 120Hz refresh rate. The display has an advertised brightness of 250 nits, which can be a problem if you plan on using the laptop outdoors, under direct sunlight. Apart from that, I saw no real issue with the display, the viewing angles were good, while colour accuracy was on point in most instances. And if ever you require it, the screen can lay back flat at a 180-degree angle. The screen on the Legion 5 is quite good for the most part; it could be brighter though. 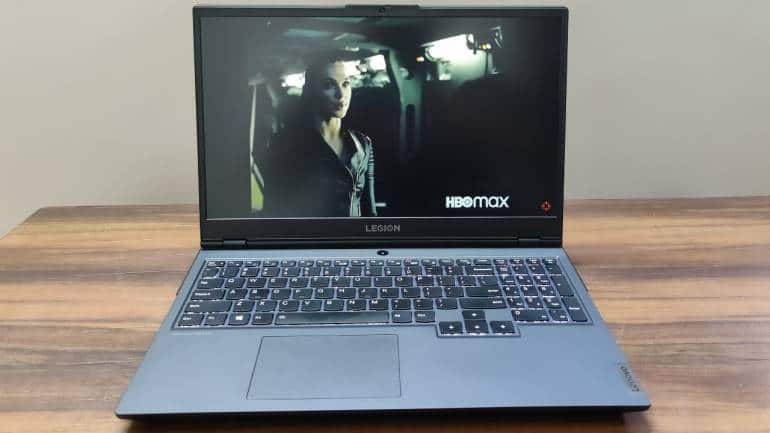 When it comes to hardware, the Legion 5 is equipped with an AMD Ryzen 5 4600H CPU paired with 8GB of RAM. The Legion 5 also boasts 1 TB 5400 HDD and 256 GB PCIe SSD storage. For graphics, the notebook is retrofitted with an Nvidia GTX 1650Ti with 4GB of VRAM. So, how did the AMD, Nvidia combination fare in terms of real-world performance; stick around and let’s find out.

When it came to gaming, the Legion 5 handled E-sports titles like Overwatch, Apex Legends, Counter Strike: Global Offensive, and Heroes of the Storm without much effort. Overwatch consistently surpassed 80 fps on High settings. Apex Legends managed 70fps on average using recommended settings. Both Counter Strike and Heroes of the Storm consistently crossed 100fps on High settings. We also tested Call of Duty: Modern Warfare and Battlefield V, both of which averaged between 50 and 60fps using the recommended settings.

How to Win #LikeABoss

In terms of audio output, the Legion 5 packs quite the punch. The speakers have been placed at the bottom of the keyboard instead of the top, but the sound quality is still top-notch, courtesy of the 2W Harman Kardon speaker system with Dolby Atmos support. They aren’t the loudest speakers on a laptop, but output sound with crisp vocals and a lot of clarity. There’s no face unlock or fingerprint reader via Windows Hello, but you do get a 720p webcam with a privacy shutter. 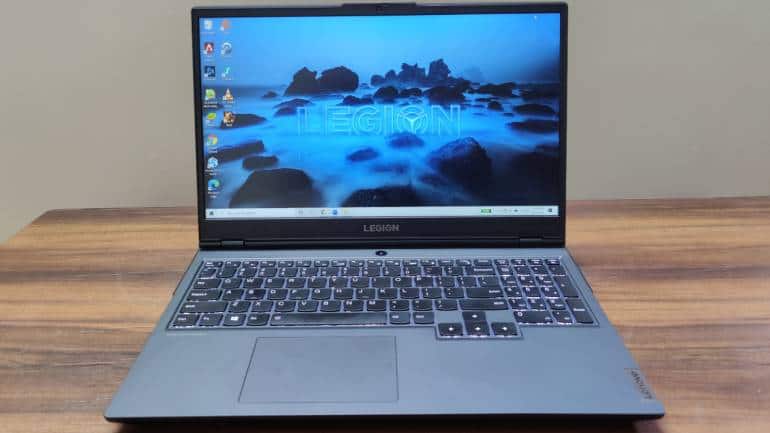 The Legion 5 packs a 60Whr battery that delivers decent battery life for a gaming laptop. While multi-tasking using Google Chrome and MS Word, the Legion 5 gave me around 4 hours of battery life, with screen brightness set at around 60 percent. While gaming, that number drops to below an hour, with a noticeable lag, to say the least. The AMD model of the Legion 5 comes with a 170W power brick. Overall, battery life isn’t too bad, although it could be better considering the more efficient Ryzen CPU.

If you are looking for a good entry-level gaming laptop, with solid hardware and thermals to match, then the Legion 5 is certainly worth considering. The Legion 5 strikes a nice balance between price and performance and is one of the best entry-level gaming laptops for E-sports titles. The excellent TrueStrike keyboard and 120Hz display also contribute to enhancing the gaming experience on this machine. Beyond gaming, the subtle design, reliable build quality, and decent battery life make the Legion 5 a pretty good notebook for work on the go. 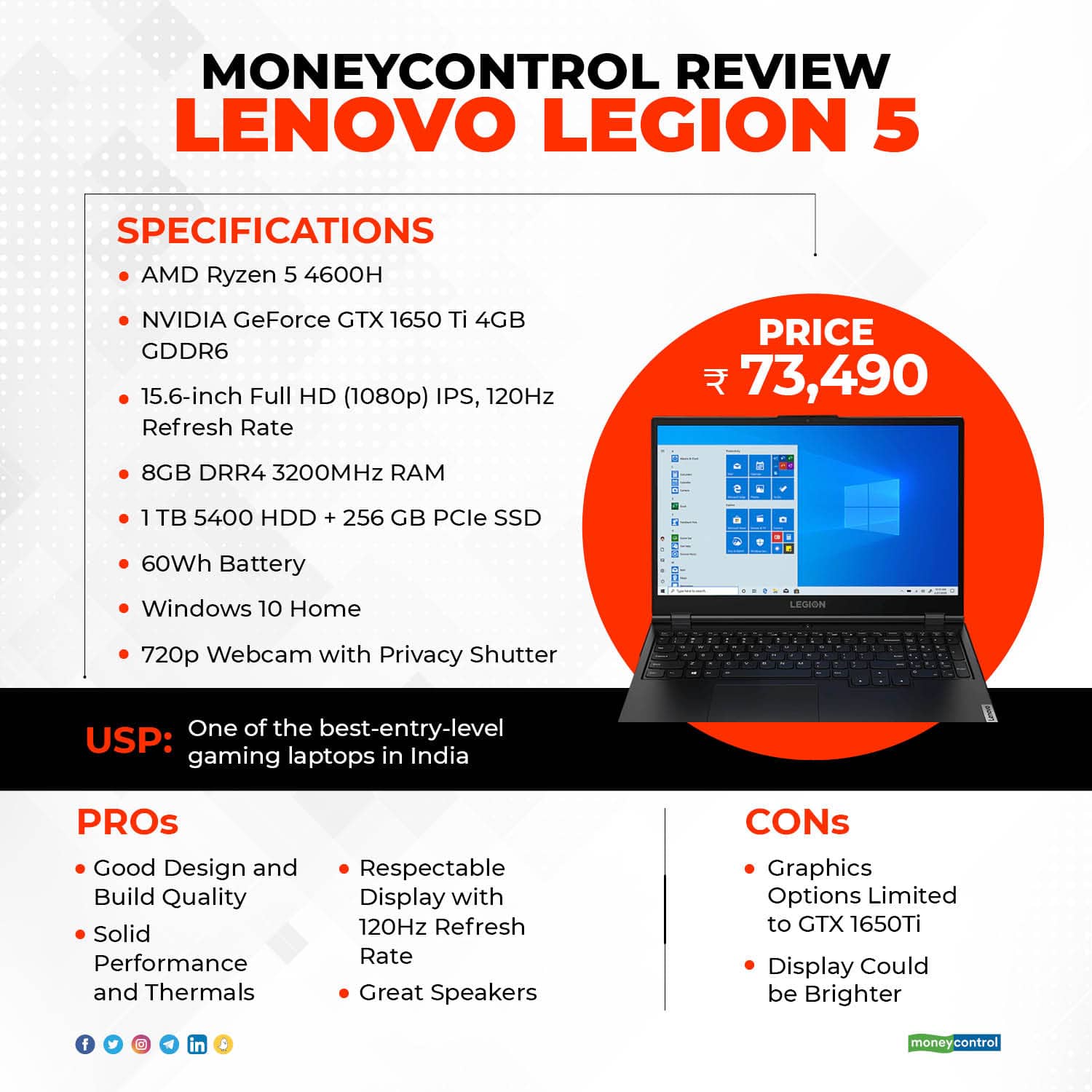 Combine all of these with some quality audio and a ton of I/O, and you’ve got one of the best affordable gaming laptops money can buy. Sure, there’s no Windows Hello support, and the screen isn’t that bright, but it wasn’t hard to overlook these shortcomings considering everything on offer. My only gripe with the Legion 5 was the lack of options, being limited to 8GB of RAM and a GTX 1650Ti seems like a letdown. But those upgrades would come at a cost. So if you are working with a 75K budget, I’d strongly recommend the Legion 5.
Carlsen Martin
TAGS: #gaming #laptops #Lenovo
first published: Feb 18, 2021 03:00 pm