There is a big battle brewing in the tech world, and its not just the iPhone versus Google Pixel 2

Augmented Reality has been a dream for tech companies for years now.

Tech giant Google now seems to have taken a step in the same direction launching an ARKit called ARCore, that is set to function as an augmented reality kit for developers.

The move is being seen as a direct effort to lock horns with Apple that has already come up with its own ARKit for developers and is soon set to launch a standalone hardware to complement the technology. 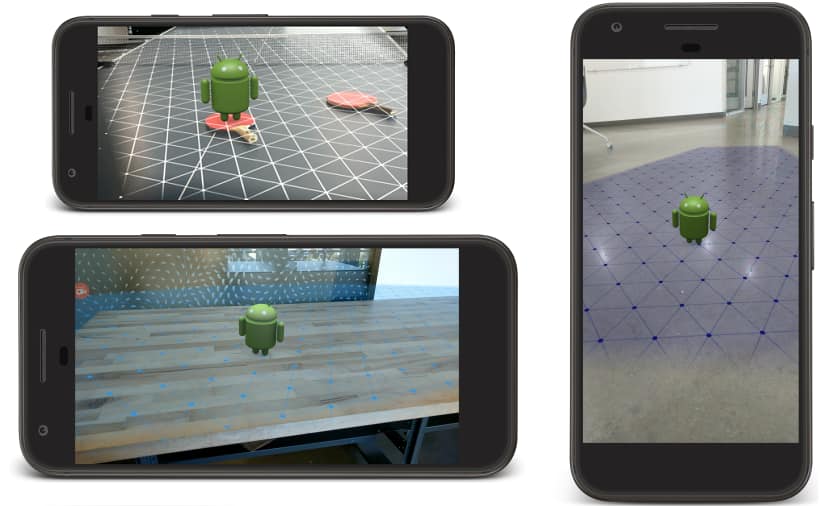 A look into how depth-sensing feature worked for Unity, a high-end VR tie-up Google did as part of its Daydream VR project (Courtesy: Google)

Google already has an Augmented Reality platform called Tango that measures the environment around with depth-sensing and motion tracking cameras. However, it is available on limited devices such as premium smartphones like Huawei Honor 7 pro.

ARCore's augmented reality technology, as opposed to that, is being designed in a way to work smoothly on smartphones like Galaxy S8 and S8 Plus and Google’s very own Pixel.

As per a report in The Verge, Google is promising ARCore to be on billions of Android devices by this winter, running both the Android Nougat as well the recently rolled-out Oreo.

Despite not being able to do everything that an all-encompassing AR technology like Tango does, the ARCore is expected to bring most of its features in a scaled down size across a broader audience.

Google’s ARCore is built around three kinds of capabilities:

Firstly, it has an environmental detector that looks for flat surfaces and other recognisable features.

Secondly, there is motion tracking so you can pin an object to one place and walk around, and works using the phone’s internal sensor and video footage.

Thirdly, there is scale and lighting estimation which makes objects in the AR more realistically match their environments.

AR Core also has the basic environmental things right: shadows fall in the right direction of the objects and the virtual characters even react to the lights going out!

The question now remains whether ARCore in its limited functionality state at the present will turn out to be a market success for Google.

The world of AR and VR seem to hold many unexpected failures for technology giants. Case in point: Unity was supposed to be a big selling point for Google’s Daydream VR, but a year after its launch it is still a very niche device.

ARCore, when compared to that, has some ingredients that could spin it into a success: when it comes out, it’s going to run on most people's smartphones and does not demand an extra hardware to work.

ARCore is Google's way is trying to make AR development easier in a manner which it till now it hasn’t been.