The second-gen under-display camera tech uses smaller pixels to maintain the same 400 PPI as the rest of the OLED panel.

Oppo recently revealed its second-generation under-screen camera technology, two years after its first working prototype. Oppo has worked on the new technology to improve the quality of the screen on top and the image quality of the camera itself, making the tech far more viable for commercial products.

The second-gen under-display camera tech uses smaller pixels to maintain the same 400 PPI as the rest of the OLED panel. Oppo claims that users will not be able to notice the under-screen camera, claiming that there will be “almost no visual difference between the under-screen camera area and the rest of the screen during everyday use, thereby creating a much more immersive visual experience.”

Oppo has also replaced traditional screen wiring with a new transparent wiring material, allowing more light through. The Chinese smartphone maker showed a prototype phone with the tech running an e-reader app, in which the under-screen camera was not visible. Additionally, the company also showed off a sample image taken from the phone. 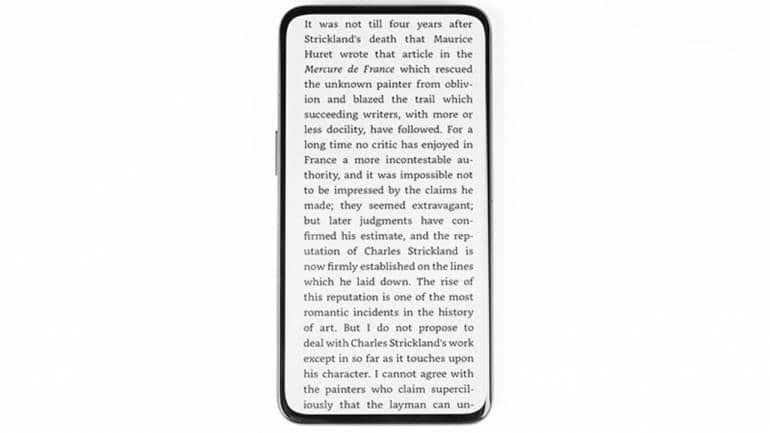 From the image taken on the under-display camera, it is safe to say that this is a big improvement from the ZTE Axon 20, which was the first device to feature an under-display selfie camera. However, ZTE has also improved its under-screen camera tech with the launch of the ZTE Axon 30 5G. As of now, Oppo hasn’t confirmed when the technology will be available on commercial devices, unlike ZTE, which has already debuted its second phone with an under-display camera.
Tags: #Oppo #smartphones
first published: Aug 4, 2021 08:24 pm