UPCOMING EVENT:Learn how to add equities to your portfolio through ETFs. Don’t miss the webinar on Oct 19, 11.30am. Register Now!
you are here: HomeNewsTechnologyAuto

These are not critical parts for an automobile and are also available locally. The move to hike the duties was done with the idea of giving local manufacturing a boost

Customs duty on certain automotive parts has been revised upwards in the Union Budget which would likely impact end prices of vehicles.

These are not critical parts for an automobile and are also available locally. The move to hike the duties was done with the idea of giving local manufacturing a boost.

“Our customs duty policy should have the twin objective of promoting domestic manufacturing and helping India get onto global value chain and export better. The thrust now has to be on easy access to raw materials and exports of value-added products. We are raising customs duty on certain auto parts to 15 percent to bring them on par with the general rate on auto parts”, Sitharaman said in her budget speech.

Deepak Jain, President, Automotive Component Manufacturers Association said, “Increase in basic customs duty on select auto components will encourage local manufacturing of such items.  It is also heartening that the budget outlay for the MSME sector has been doubled compared to last year. The auto component industry is dominated by MSME and this will provide them the necessary succor as the industry recovers.”

But total automotive sales (all segments) during the nine months of April-December were still down by 24 percent to 13.02 million units, according to data shared by the Society of Indian Automobile Manufacturers.

Passenger vehicles comprising cars, SUVs, and vans were down 16 percent while two-wheelers were down 23 percent during the nine months. Commercial vehicles were among the worst-hit recording a drop of 37 percent.

Last year SIAM had made recommendations on steps that could revive demand like an incentive-based vehicle scrappage scheme, budget allocation for diesel buses procurement by state transport undertakings, and zero customs duty for lithium-ion batteries. But a reduction in the Goods and Services Tax (GST) topped the budget wish-list.

The auto industry sought a 10-percentage point reduction in GST to 18 percent from the 28 percent after multiple regulations pushed the overall cost of vehicles by around 20 percent in a 12-month period preceding last year’s Union Budget.

In August Finance Minister Nirmala Sitharaman did show interest in bringing down the GST on a two-wheeler but no further action or announcement came forth from the government. 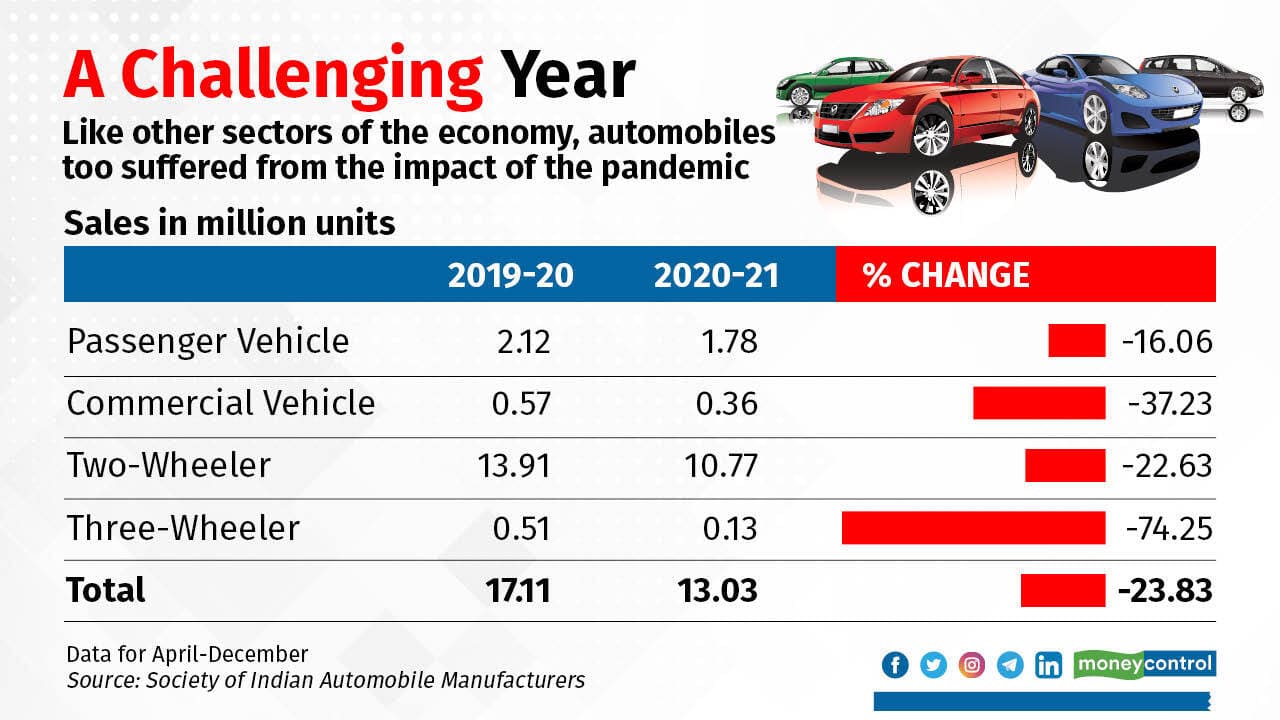