A former security officer with ex- chief minister Mulayam Singh Yadav and a professor of military science, Baghel is a four-time MP who was earlier a minister in UP government as well.

Both Baghel and Yadav filed their nomination papers on January 31. The seat in SP pocket borough Mainpuri will go to the polls in the third phase on February 20.

Baghel, who is a Member of Parliament (MP) from Agra MP and Minister of State for Law and Justice in the Narendra Modi cabinet said that he felt the surprise factor of announcing his candidature will go in his favour in the big contest. “There is a big role of surprise in war,” Baghel told News18. 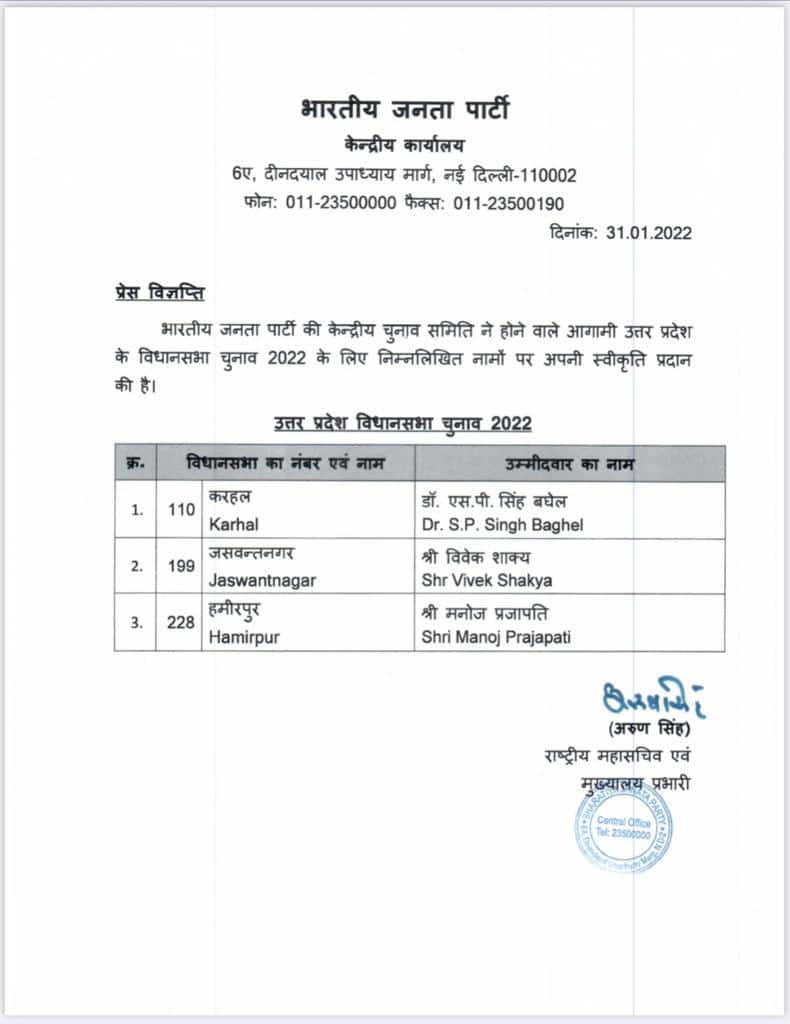 A former security officer with ex-chief minister Mulayam Singh Yadav and a professor of military science,  Baghel is a four-time MP who was earlier a minister in the UP government as well.

"Whoever is chosen as the BJP candidate from Karhal will lose," Yadav said after filing nominations.

Baghel was a surprise candidate announced by the BJP at the last minute when he went to the election office to submit his documents. His name was released officially later, along with candidates for two other seats.