RPI's district party chief Rajesh Goyal further said that such posters would be put up all over the State to show the party’s support for Kangana Ranaut.

Ahead of the Vadodara Municipal Corporation (VMC) elections, workers of the Republican Party of India (RPI) have put up posters of party president Ramdas Athawale with Bollywood actor Kangana Ranaut in the Kala Ghoda area of Vadodara.

The 33-year-old actor has been at the centre of a controversy over her remarks on Mumbai and its police.

“Our party chief supported Kangana when she was in Mumbai,” Rajesh Goyal, the district party chief told ANI.

Goyal further said that such posters would be put up all over the State to show that the party supports Ranaut.

“We are ready for the upcoming Vadodara Municipal Corporation (VMC) elections," added Goyal.

"Such posters will be put up all over state to show that we support her. Ready for upcoming VMC elections," says district party chief (21.09) pic.twitter.com/8dI75FTn2d

Athawale came out in support of the actor when she visited Mumbai after having a spat with Shiv Sena leader Sanjay Raut over her comment likening Mumbai to Pakistan occupied Kashmir. He had assured her that she need not be afraid while in the city.

Athawale alleged that the Shiv Sena-controlled BMC’s demolition drive at her bungalow in suburban Bandra carried out a sentiment of revenge and added the Maharashtra government, too, had a role in it.

“I spoke to her for an hour. I told her she need not be afraid in Mumbai. Mumbai is of the Shiv Sena, RPI-A, BJP, Congress, NCP and people of all religion, caste and speaking all languages. Mumbai is the financial capital of the country. I told her our party (RPI-A) will be with her,” Athawale said after meeting the actress. 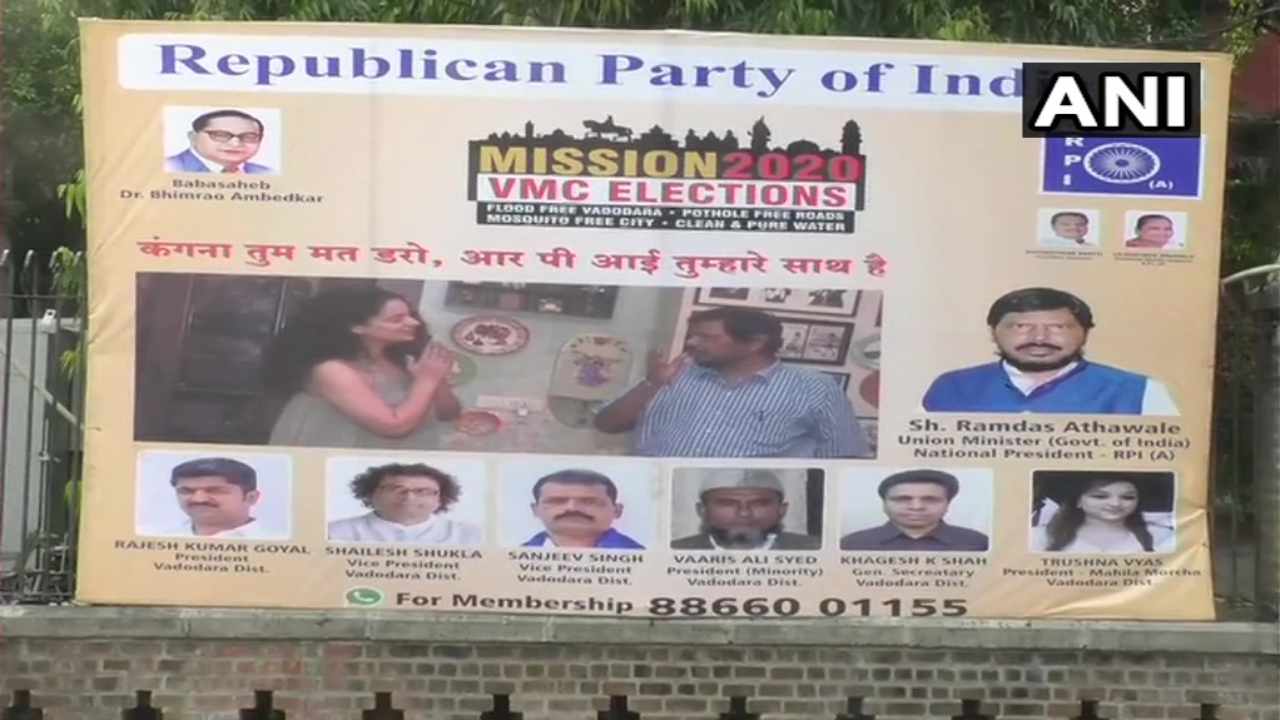 Earlier in September, the Brihanmumbai Municipal Corporation (BMC) demolished what it termed as illegal alterations at the Queen actor's bungalow at Pali Hill in suburban Bandra.

After she moved the Bombay High Court on the same day, a bench led byJustice SJ Kathawalla stayed the demolition.