All major post-poll surveys predicted the a victory for the Left Front. If the polls are reflective of the actual results, then LDF would emerge as the first incumbent ruling coalition in Kerala, in the last four decades, to retain power.

The Pinarayi Vijayan-headed Left Democratic Front (LDF) is predicted to retain power in Kerala, as per the exit poll predictions.

The India Today-Axis My India survey predicted the LDF to win 104-120 seats, whereas, the Congress-led United Democratic Front (UDF) was predicted be reduced to 20-36 constituencies. The Bharatiya Janata Party (BJP) is projected to end with 0-2 seats. The Republic-CNX survey also predicts the Left Front to retain power with 72-80 seats, followed by 54-64 seats for the UDF and 1-5 for the BJP. 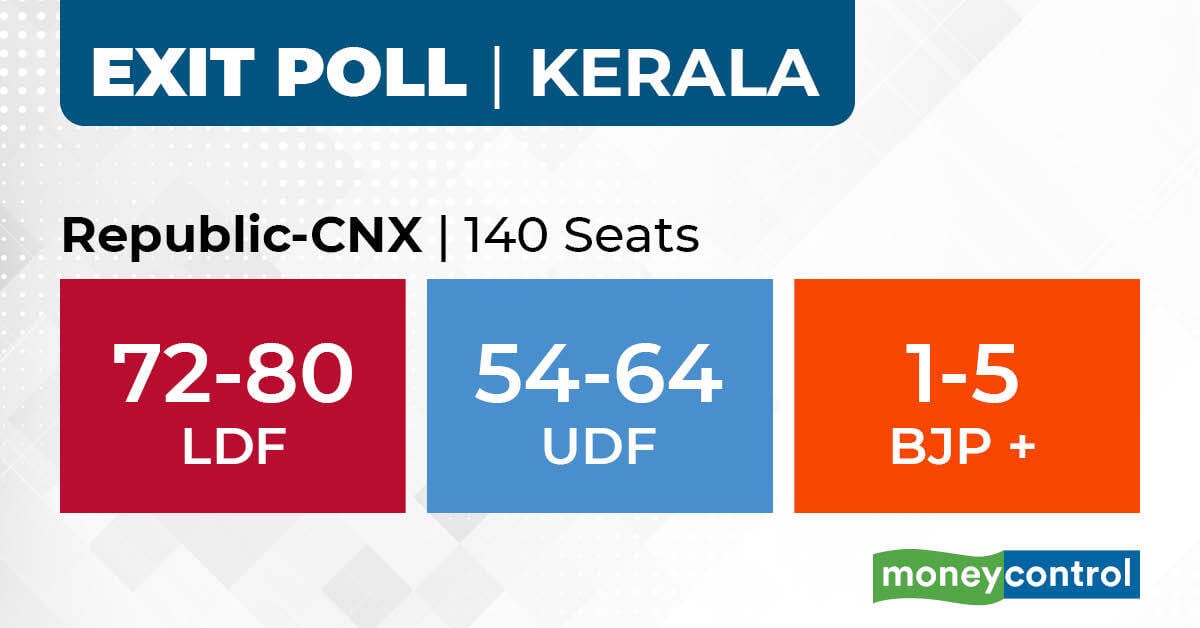 According to the Jan Ki Baat survey, the LDF is likely to return to power with 68-78 seats and the UDF could win 48-58 constituencies. The P-MARQ survey also predicted the Left to retain power, with the LDF projected to win 74 seats, the UDF 65 and BJP 1. 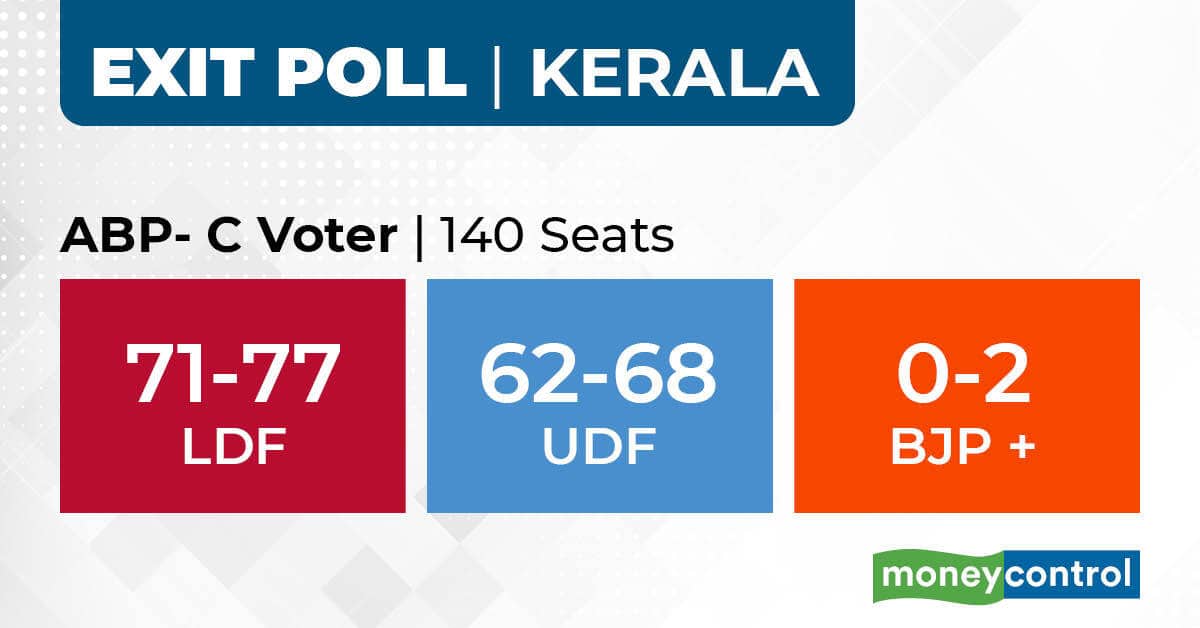 The Times Now-C Voter survey, as well as the exit poll of P-MARQ, predicted 74 seats for the Left Front, 65 for the UDF and one seat for the BJP. 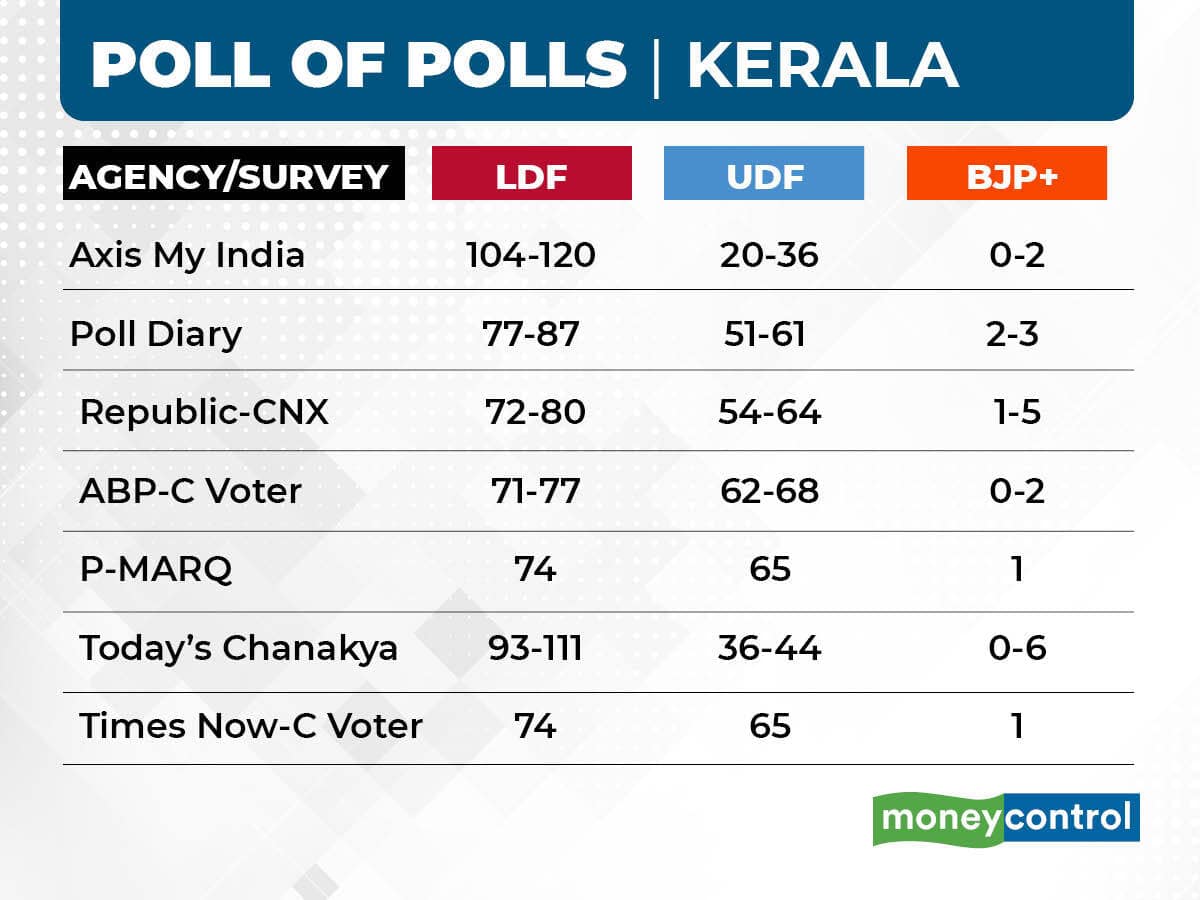 The assembly polls across all 140 seats in Kerala were held in a single phase on April 6. The electoral battle witnessed a three-cornered contest between the ruling Left Front, the prime opposition UDF and the BJP which was powered by the entry of 'Metro Man' E Sreedharan.The release of exit poll predictions come a couple of days before the results are declared. The counting of votes is scheduled to take place on May 2.

The BJP and the Congress did not name their chief ministerial candidates. If the Left wins, Chief Minister Pinarayi Vijayan would take oath for his second consecutive tenure.

Kerala, over the past 40 years, has voted out the incumbent ruling party at an interval of every five years. This year, however, opinion polls had suggested the Left Front would overcome the trend.