Bhartiya Janata Party and Indian National Congress Party are racing back-to-back to emerge as the single-largest party in the house. However, the trump card is going to be in the hands of almost half a dozen legislators to provide cushion for the power.

Goan voters have once again shown their indecisiveness in electing the new government in the state. Since no party has achieved simple majority in the 40-member assembly, it has once again become the motley group of few newly-elected legislators, who are going to make a big kill.

Bhartiya Janata Party and Indian National Congress Party are racing back-to-back to emerge as the single-largest party in the house. However, the trump card is going to be in the hands of almost half a dozen legislators to provide cushion for the power.

In a hung assembly, it is always the role of independent legislators that becomes crucial in the formation of the government, and Goa is not an exception. The history of Goa assembly since 1964 is the testimony to this fact.

Since BJP is in power in the centre, it will make every effort to install its government, and to achieve its objectives. BJP has already commenced its exercise. Among the newly-elected independents, there are three formations.

Goa Forward Party was formed a year ago to oppose the ruling BJP in some of the assorted constituencies. It contested three seats, and has won all of them.

Maharashtrawadi Gomantak Party (MGP), which was playing the role of a villain for the last 20 years and siding with the ruling dispensation, like BJP and Indian National Congress, to have a piece of power cake, has been again decimated. Its party president, Deepak Dhavalikar, has been defeated. It has won three seats.

Churchill Alemao of Nationalist Congress Party (NCP), and two other independents, will be willing to collaborate with the ruling dispensation on their own terms.

Goa Forward Party can be described as the most successful political outfit for contesting on three seats and showing 100% winning results.

The defeat of Chief Minister Laxmikant Parsekar is like a waterloo for BJP. He lost due to BJP’s manipulations rather than his own record. He had succeeded Defence Minister Manohar Parrikar, but both of them were at crossroads.

Incidentally, the poor show of BJP in Goa polls is also an indirect indictment to Parrikar’s undoing. Even Prime Minister Narendra Modi’s election rally could not save the day for BJP.

As expected, Indian National Congress doubled its strength, but came short of touching the halfway mark of 20 seats.

All former Chief Ministers, like Pratap Singh Rane, Ravi Naik, Luizinho Faleiro and Digambar Kamat, fielded by Indian National Congress have won their seats. However, the simple majority figure has eluded them and hence, there are no claims and counter-claims for the post of Chief Minister. Pratap Singh Rane has made a record of winning assembly elections uninterruptedly for the last 45 years.

The Goa Suraksha Manch formed by a breakaway faction of RSS, led by Subhash Velingkar, with a poll plank of government grants and medium of instructions failed miserably. Among its two other constituents were MGP and Shiv Sena.

The new entrant in the fray, Aam Aadmi Party, could not open its account with its Chief Ministerial candidate beating the dust. The seats contested by parties were as follows: 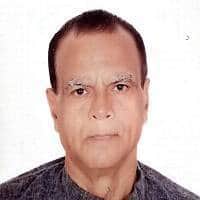