Decoding the caste-based census, and its implications for Indian politics

With elections in Uttar Pradesh next year, followed by other state polls, regional satraps are trying to turn the clock back to the days of Mandal politics - the supposed antidote to Hindutva.

On August 10, 2021, Lok Sabha passed an amendment bill which restores the power of states to make their own OBC lists.

Conventional political wisdom suggests that the rise and rise of Hindutva politics has come at the cost of a corresponding decline in the fortunes of Mandal politics. Put simply, religion has trumped caste.

It therefore follows that with the crucial Uttar Pradesh elections next year, and other state polls to come in the run up to the great finale in 2024, regional political parties with considerable influence in their own bastions would think of reviving the once-powerful Other Backward Castes (OBC) card to get back at the BJP.

These parties are demanding that a caste-based census be conducted as part of the delayed Census 2021. They include BJP-ally Janata Dal United (JD(U)), Samajwadi Party, Bahujan Samaj Party (BSP), the Dravida Munnetra Kazhagam (DMK) and the Nationalist Congress Party (NCP), to name just a few, but by all accounts, there is hardly a political party that is going to go against the grain.

In the second week of August 2021, Parliament was the battle ground for this attempted churning, which is currently in progress. On August 10, the Lok Sabha passed a Constitution amendment bill to restore the power of states to make their own OBC lists.

The significance of caste politics can scarcely be underestimated: this was the first thaw in a deadly Parliamentary logjam as Opposition parties, as well as the Treasury benches, backed the legislation.

For the first time since the Monsoon session of Parliament began on July 19, Lok Sabha witnessed an orderly discussion as the Opposition put its protests demanding a debate over the Pegasus snooping allegations on hold for passing The Constitution (One Hundred and Twenty-Seventh Amendment) Bill, 2021.

With 385 members voting in support and no member opposing it, the elusive consensus had been achieved, demonstrating that sheer political survival took precedence over everything else.

Given the attempt to rev up the caste card, the caveats sought by regional parties are hardly intriguing: a demand for the removal of the 50 per cent cap on reservation and a caste-based census.

K.N. Govindacharya: "Caste is an essential factor in the Indian context" What is your take on the demand for revealing the caste-wise breakup of the Socio-Economic Caste Census?

There is no doubt that caste is a reality, and it is influential. Both social justice and social unity are necessary. Discrimination still exists because of the caste factor. Caste is an essential factor in the Indian context. However, I feel that there should be an economic rider when it comes to reservations. The concept of the creamy layer can be adopted in a positive direction.

As someone who has seen this ecosystem from close quarters, what is your assessment?

Golwalkar ji had said that the misfortune of our times is that political parties, for their benefit, have kept the issue of casteism on the boil. When the flames begin to flicker, more timber is brought and the fire burns bright again.

Socialisation of castes is necessary, because wherever politicisation has taken place, leaders have benefitted but not the community. So, both social processes and organisation are important.

Even yesterday, Dattatreya Hosabale (RSS General Secretary) said that they are staunch supporters of reservation. "Social harmony and social justice are not political strategies for us. Both of these are articles of faith for us," he said.

The RSS has always believed that reservation is a "historical necessity" for India and should continue as long as there is inequality being experienced by a particular section of society. Reservation and reconciliation (between all sections of society) should go hand-in-hand.

Do you believe that the demand by some Opposition parties to release details of the caste census is aimed at revitalising Mandal politics and breaking the Hindutva deadlock?

I don’t think Hinduism is so weak that it would crumble with the release of caste details.

Caste-based reservations is a political dynamite, with implications across the country, especially after the V.P. Singh government at the Centre implemented the Mandal Commission recommendation of providing reservation for the OBCs in 1990.

The Mandal Commission, despite its somewhat questionable data, estimated the share of the OBCs in India’s population to be 52 percent.

A 27 percent reservation was given to the OBCs, but with such a large segment of the Indian population belonging to that strata, the demand for a bigger share of the reservation pie has always existed on the margins. The latest steps by regional political parties are aimed at moving the issue to the centre stage.

The Supreme Court ruled in 1992 that the total reservation could not breach the 50 per cent-mark.

This formula fits well within the scheme of reservation for Scheduled Castes (SCs) and Scheduled Tribes (STs), whose estimated populations of 15 per cent and 7.5 per cent, respectively, match with the reservation given to them in government jobs and higher education.

Jagdanand Singh: The RJD initiated the caste census in 2011

What is the RJD’s take on the caste census?

It was our party, among others, which first initiated steps to set up the socio-economic caste census in 2009. It began work in 2011. It takes time for the data to be collated and then analysed. By the time it was finalized, a new government was in place. Now the time has come to release the findings. For some reason, the Central government is reluctant.

Why is the Central government reluctant?

I can’t say. I don’t know what pressure it is under for declining to reveal such crucial information, particularly when Rs 5,000 crore of public money was spent on conducting the survey. How can a nation progress if a vast majority of its people are not identified for development? If people have to mention their castes in various application forms, what is the problem in identifying them by name and mentioning their economic status. The Sachar Committee carried out a similar exercise, which identified Muslims to be among the most backward sections of the Indian population.

What is the way ahead? How can the RJD and its allies ensure that your demand is met?

I fail to understand what the problem is. All that the government needs to do is to add a column. The Constitution (127th Amendment) Bill, 2021, has already been passed. It will restore the states’ rights to prepare their own lists of OBCs so that various communities can be given social and economic justice. After all, if rural people are left out of the development process, then how will parity be restored among those who have not gained by economic development.

Is the RJD in agitation mode?

Our party is organizing demonstrations at all district headquarters. Apart from making public details of the caste survey, we demand that the backlog in reservations be filled and total implementation of the recommendations of the Mandal Commission be carried out. On August 7, we staged dharnas to mark Mandal Day.

Census or enumeration of people living in the country is done in India every 10 years. The exercise – as can be expected - was started by the British in the 19th century. The colonial rulers conducted and published a caste census data till 1931. This forms the basis of projection of caste-population estimates.

Caste data were collected for Census 1941 but not published. After Independence, only information related to SCs and STs was collected and published.

The issue for political parties in conducting a caste census is that if the share of OBCs increases or decreases in India’s population, it would call for a restructuring of reservation blocks. Such a move is fraught with dangers, particularly for the ruling party.

Not surprisingly, all major political parties have clamoured for reservations. The BJP, now in power at the Centre and several states, raised the same demand 10 years ago.

Just before the launch of Census 2011, BJP leader, the late Gopinath Munde, in 2010 made a strong pitch for caste census in the Lok Sabha. He said, “We would be doing injustice to the OBCs for another 10 years by not giving justice to them if caste census was not held in 2011.”

The Congress-led United Progressive Alliance (UPA), then in power, conceded, and a socio-economic caste census was done under pressure from key allies RJD chief Lalu Prasad and Samajwadi Party leader Mulayam Singh Yadav, who were extending support to the government at the Centre.

In Census 2011, enumerators collected caste-wise data but before it was compiled, the UPA government was overrun by a series of alleged corruption scams, which put every other issue in the shade.

In 2016, the caste-wise data was given to the Ministry of Social Justice, which constituted an expert group to study the data, but nothing has been heard about it since then.

In 2018, Rajnath Singh, as Union Home Minister, said the next census would collect population data of the OBCs. However, now that the Census 2021 exercise is already delayed, the government has said it would not be conducting caste-wise enumeration. The issue seems to have come full circle.

While complete figures remain elusive, some reports have used United District Information System for Education Plus (UDISE+) statistics to make an informed guess.

The UDISE+ maintains data on schooling, including caste details of students enrolled in primary schools across the country.

Since about 95 per cent children attend primary school in India (the figure drops to roughly 40 per cent by the time they reach secondary school), figures based on this data - the largest Management Information Systems on School Education run by the Ministry of Education - are considered reliable.

UDISE+ data show that 45 per cent students in the primary schools are OBCs, 19 per cent SCs, 11 per cent STs while the rest are high caste Hindus. That is considered a reasonably accurate index in the absence of a caste-based census. 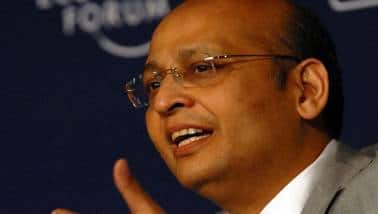 Why is the Central government not keen on a caste census, even as a demand for it seems to be rising from many quarters?

That is what we want to know. BJP ally, the Bihar government, is demanding it, as is the Odisha government. So, what is it that is holding back the government? Why not release the figures you have? Is it because the government knows that the OBC figures are not as high as presumed; it could be as low as 42-45 percent?

So, the Congress thinks that caste census figures must be revealed.

Absolutely. The sad part is that the government is not willing to talk about the cap on 50 per cent caste-based reservations. The Congress and other parties are demanding that this cap be lifted. In practice, more than 75 per cent of states – it could be close to 80 per cent – have caste-based reservations that go as high as 75-80 per cent in any case. So, it is difficult to gauge what the government is getting at. If you don’t want to do it, at least say so. There is no point in dithering.

The Congress government conducted a caste survey in 2011. It preferred not to release its findings.

There were inherent flaws in that caste census, and I will be the first to admit it. But this government is doing nothing but paying lip service to the OBCs. They are like empty vessels; a lot of noise but nothing to eat.