The election in five states was a referendum on demonetization 3.0 undertaken by the Modi government creating a sharp political divide with the narrative shifting to BJP versus the rest.

The elections in Uttar Pradesh, Uttarakhand, Punjab, Manipur and Goa are crucial signposts in the electoral cycle of Indian politics as it is not only a mid-term appraisal of the Government at Centre but also sets the agenda of the next General elections. The state election held in the country after independence was an extension of the national contest between the Congress and parties opposed to its ideas.

But the nature of electoral competition in states changed after the emergence of regional parties in states which coincided with a simultaneous decline of Congress party dominance.

The state hustings which used to be an ideological contest changed trajectory to a political battle on development entwined with caste community matrix and local issues taking precedence over national agenda.

The election in five states was a referendum on demonetization 3.0 undertaken by the Modi government creating a sharp political divide with the narrative shifting to BJP versus the rest. The BJP contested the polls on the twin issues of India’s ‘surgical strike’ against terrorist camps in Pakistan and the remonetisation of the economy to end black money corruption in the country with customized local issues in each state. The party was buoyant after winning the municipal and third-tier elections in Maharashtra and Odisha after demonetization but was testing it first time in a state elections which is not only different in its magnitude of reach but also in issues which appeal to the voters.

The election results reveal that the issue struck a resonance with the people and the electorate of Uttar Pradesh and Uttarakhand handed the saffron party one of the biggest mandates unparalleled in the history of Indian elections.

The ‘Modi wave’ which had brought rich electoral dividends in 2014 general elections seemed to be declining after its honeymoon period was over and had almost become a ripple in Bihar elections 2015.

This had given the parties opposed to it a chance in this round of elections. The SP-Congress alliance banked on the development work of the SP government and its alliance maths while the BSP focused on the strong image of Mayawati as the custodian of law and order to win the elections’.

The diminishing ‘Modi wave’ resurfaced in UP with such intensity that the SP-Congress alliance and the BSP was completely drowned in the deluge which followed the electoral fury. It not only decimated the regional parties in the state but also buried the identity based brand of politics which flourished for a long span in the state.

The verdict in UP changed the victory patterns of the BJP which had lost all the state elections when it faced a strong regional party like the Trinamool Congress in West Bengal or the AIADMK in Tamil Nadu. The defeat of SP and the BSP has sent a strong message to states ruled by non BJP parties that have insulated themselves from the saffron surge that it could be breached in future.

The reenergized Modi Magic not only cast its spell on the voters of UP but also in neighbouring Uttarakhand leading to landslide win for the BJP and pave way for stability after a long period of political turmoil.

The victory in the hill state was on expected lines as the BJP has defeated the Congress in every state election after coming to power in the centre.

However, the state of Punjab arrested this trend which could be an exception rather than a rule. The state which hogged the election headlines most after UP was Punjab which witnessed a triangular contest between the incumbent SAD-BJP alliance, the Congress and the Aam Aadmi Party.

The main fight was between the Congress and the AAP with the Delhi party confident of repeating its performance in the country’s capital and kick start its electoral expansion pan India. The Congress capitalised on the anti incumbency of the SAD-BJP government and cross voting by Akali voters to register a spectacular win by defeating the AAP and coming back to power after ten years in opposition benches.

The loss of AAP is a major setback for the fledgling party as it lost its foothold in the state gained during the last Lok Sabha elections and emerge as a nationwide alternative to the BJP. The election verdict in Manipur and Goa is split with the BJP emerging as the largest party in Manipur after a neck to neck fight and would be in a striking distance in forming the government.

The election verdict in UP will bestow the BJP the numbers required in the Rajya Sabha to do legislative business and pass important bills that get stuck in parliamentary logjams and also in electing the next President of India. The BJP’s victory has provided the much needed political traction and paved the way for the saffron party to return back to power in the 2019 election and provide a long term political and economic stability. However this comes with a rider. The party has needs to be humble after the massive victories and shield itself from arrogance, as power corrupts and absolute power corrupts absolutely.

The Congress party which vacated the space for the BJP to take centre stage in Indian politics saved itself from embarrassment by a consolation win in Punjab and take solace from dropping the idea of Priyanka Gandhi campaign in UP as she is the last hope or the only trump card which can revive the party in future.

The opposition parties lost the plot and should refrain from the idea of vetting an all party secular alliance to counter the BJP surge as it will fail in stopping the saffron juggernaut. The index of opposition unity will only create a political backlash against it and further aid the BJP to spread its wings in the country. The dust and celebrations of state elections will soon die down but the semi final hustings in five states will be remembered in electoral archives as the resurrection of the ‘Modi wave’. 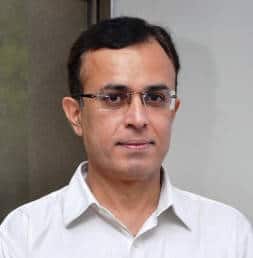