The Indian Premier League 2022 mega auction is scheduled to take place on February 12 and 13. With two new teams, Lucknow and Ahmedabad joining the Indian Premier League 2022, the upcoming season will be a 10-team tournament. The eight existing IPL franchises had listed out their retained players ahead of the much-awaited auction. The deadline for the franchises to retain their players for IPL 2022 season closed on November 30, 2021. The eight franchises were eligible to retain up to 4 players with a maximum of 3 Indians, 2 overseas and 2 uncapped Indian players. Let’s take a look at the highest-earning retained player from each existing franchises for IPL 2022. 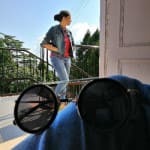