'The Great Indian E-commerce War' â€“ what is the end game?

My view is that Flipkart will be lucky if they can find an investor, which can out-invest Amazon. It could be Alibaba since winning India is as important to them as it is to Amazon.

This October, India saw significant advertising spend by all major ecommerce players and several sale events culminating with Diwali. The Diwali break also gave me time to ponder over what lies ahead in the Great Indian Ecommerce War and what could be the end game.

Amazon is getting bigger and better, month after month executing with excellence in areas that matter most to customers. By launching Amazon Prime, they have started building a loyal customer base and created a growth path, which is less dependent upon discounts.

This, over a period of time, will result in durable competitive advantage and improve the Life Time Value (LTV) of customers they acquire, resulting in profits, which can be sustained.

After a series of excesses last year, Flipkart is focusing on critical few things, optimising cost structure and betting big on fashion. Their Myntra acquisition seems to be doing well and they have doubled down by buying Jabong. They have a strong hold among price-conscious younger Indian middle class. 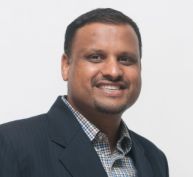 As far as Snapdeal is concerned, I struggle to articulate what could be their winning strategy and differentiated positioning in the minds of ecommerce customers.

While the market is big and multiple players can co-exist in the short- to medium-term, over time customers will start aligning themselves with players which serve their need the best whether it is selection, price or service. In general, Amazon seems to be playing the service and selection game while getting better on price. Amazon Prime service along with selection of Prime videos will further consolidate their position. On the other hand, Flipkart seems to be playing the price game while getting better on selection and service. They have a huge customer base of price-conscious deal seekers. As their expectations on selection and service rises, Flipkart will have to work hard to retain them.

From a funding perspective, Amazon seems to be best placed. Having a deep-pocketed US parent which is publicly listed with other businesses that are profitable or can be made profitable, is clearly an advantage that Amazon has over its Indian competitors. By declaring that they have an open checkbook for Indian operations and by already committing USD 5 billion in investment, they have signaled that they will fight till they win. From a game theory perspective, this is a very important signal to investors looking to fund their competitors and may be one of the reason for tightening in ecommerce funding.

(2) Turn business profitable by narrowing scope, optimizing cost structure and focusing on categories with higher margins so that they can continue without the need for much funding, turn profitable, get listed and provide liquidity to their investors.

(3) Get acquired. If #1 and #2 do not happen in the next 2 years, their investors are likely to push for this option to get an exit.  Potential acquirers could be Walmart, Alibaba or even Amazon if the price is right.

My view is that Flipkart will be lucky if they can find an investor, which can out-invest Amazon. It could be Alibaba since winning India is as important to them as it is to Amazon. If that happens, one scenario that could emerge is a merger between Flipkart, Snapdeal and Paytm Marketplace. Both Snapdeal and PayTM already have investment from Alibaba-Softbank group.

Alibaba also has the option to continue to invest in Snapdeal and/or PayTM marketplace and not meddle with Flipkart. If that happens, Flipkart will most likely execute on choice #2 and turn profitable by focusing on high-margin categories (e.g. fashion). Amazon will emerge as a high volume low margin horizontal ecommerce player. The other ones (e.g. Snapdeal, Shopclues) will begin to fold or become niche players.

So essentially in the end, we will be left with two major ecommerce players: Amazon as a broad-base horizontal player and Flipkart as a smaller, focused and probably more profitable player.