Ravaged with the floods and COVID-19 in consecutive years, Kerala approached the assembly elections with a lot more excitement; with the formidable challenge put up by the incumbent Left Democratic Front (LDF) to retain power.

The LDF campaign, led by Chief Minister Pinarayi Vijayan, portrayed him as the unassailable leader of the party, which is quite contrary to the traditions of the left parties.

When the election campaign started the LDF had a clear and comfortable edge. As the campaign progressed, the Opposition was able to bridge this gap, as reported in the post-poll survey conducted by the Centre for Public Policy Research (CPPR). This catching up by the UDF made forecasting a little tricky.

The post-poll survey, conducted between April 10 and 20, had surveyors visit about 2,700 households selected randomly from the 14 districts to elicit people's perceptions and political preferences. The survey shows a close contest between the UDF and LDF, with a slight edge for LDF in terms of the vote share. The trend of the polls in the last three assembly elections show that even if the LDF and the UDF are locked at the same poll percentage, the LDF will have a decisive push in the final tally given the nature of swing voters, which give the LDF an edge over the UDF. 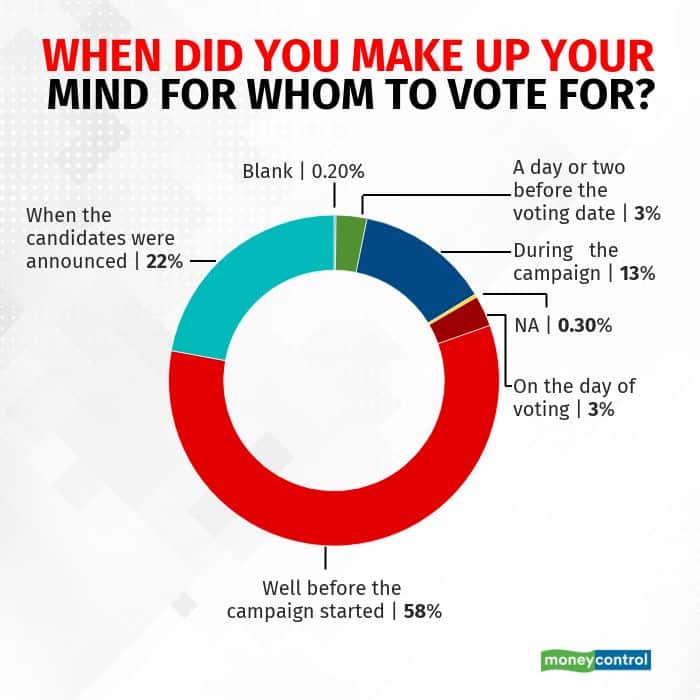 The crowded rallies and colourful election campaigns does not seem to influence the voters as 58 percent of the voters made up their mind well before the campaign began. Twenty-two percent made up their mind as and when the candidates were announced. Only 13 percent of the respondents took a decision after the campaign. A paltry 3 percent decided on the day of voting or two before casting their vote.

As election day approached, the UDF seems to have improved its appeal among the voters. About 65 percent of LDF supporters, 56 percent of UDF supporters and 48 percent of NDA supporters made up their mind well before the campaign. 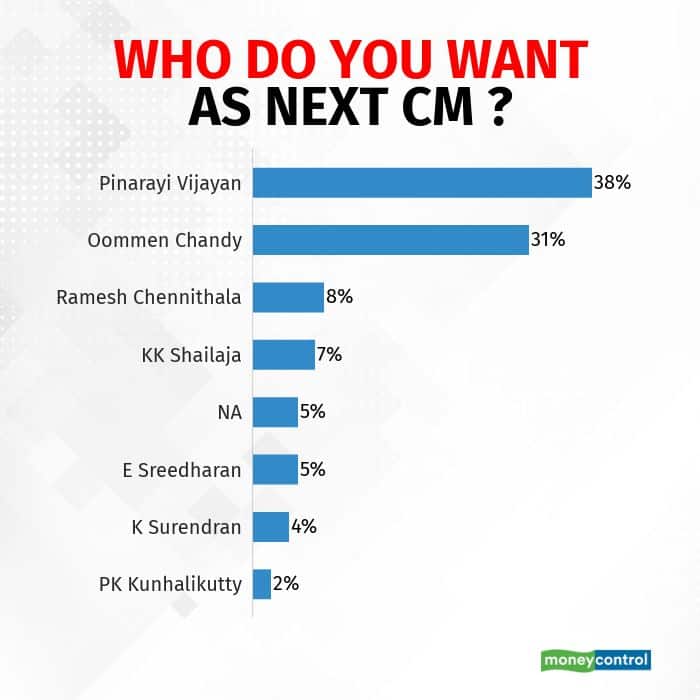 Two of the most-preferred chief ministerial candidates are Vijayan (with 38 percent) and former Chief Minister Oommen Chandy (with 31 percent). This could be a very influential factor in the election outcome. Other surveys showed that many preferred Vijayan as CM and this could be an important reason if the LDF were to sweep the polls. Kerala is most often described as a politically-polarised state and the survey results substantiate the claim. About 50 percent of the respondents opined that it is the candidate’s political party that influenced their voting preference, while 24 percent said it is the candidate that mattered the most.

In this context it is also to be noted that 56 percent of LDF supporters considered the party as the prime factor for taking the decision of whom to vote. It was 45 percent in case of the UDF and 50 percent for the NDA. The above table shows that the voters are not happy with the performance of the Opposition. About 50 percent of the respondents feel that the welfare measures undertaken by the LDF government, such as the food kits, free COVID-19 treatment and welfare pensions will impact the election outcome. These measures which were pointed out as one of the reasons for the LDF's performance in the 2020 local body elections seems to have an impact even during the assembly polls. This substantiates the fact that political parties can bank on populous welfare measures or provision of tangible benefits to the electorate to gain an advantage. 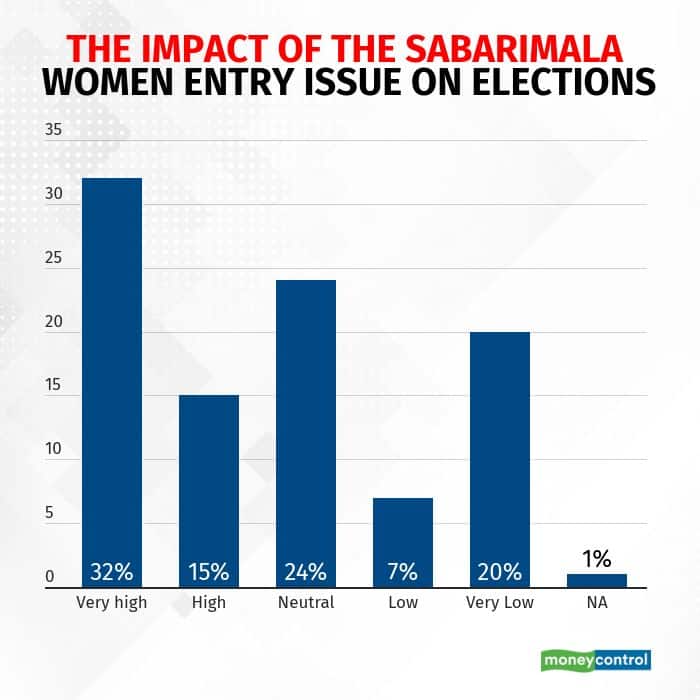 The controversy regarding the Supreme Court verdict allowing women entry to Sabarimala seems to have an influence  among voters as 32 percent of the respondents opined that it has got a very high impact in this election, and 65 percent of those who said it was of high impact are male. 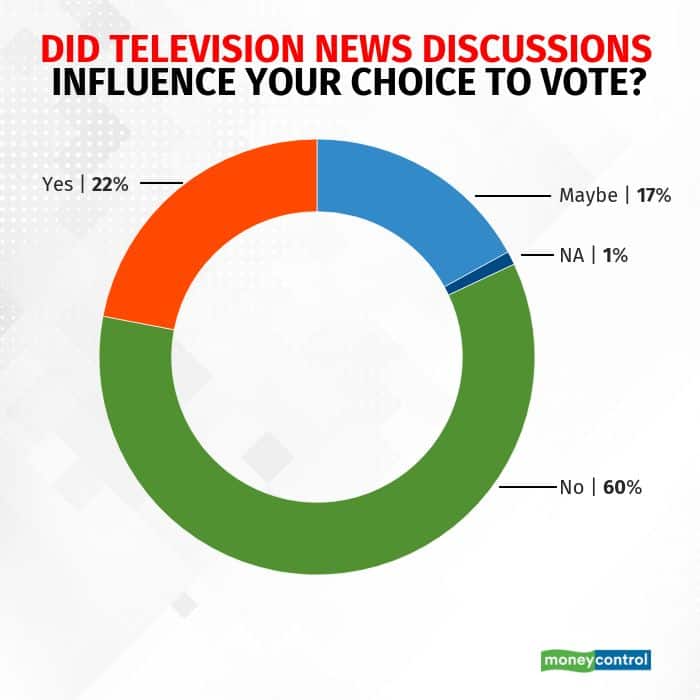 Another important finding from the survey is that the high octane prime time debates on television news channels did not really influence voter choices. About 60 percent of the respondents thought so, and this was across party preferences. This makes it clear that the narratives built by extended news debates have a limited role in influencing the voter, and, in turn, the election result.
Goutham KA is Associate (Projects), Centre for Public Policy Research. Views are personal.
D Dhanuraj is Chairman, Centre for Public Policy Research, Kochi. Views are personal.
TAGS: #Assembly Election 2021 #CM Pinarayi Vijayan #Kerala Election 2021 #Left Democratic Front (LDF)
first published: Apr 30, 2021 04:54 pm