Opinion | How to spot the liar in the boardroom

Alongside our forensic accounting model, we also use questioning techniques popularised by the CIA to figure out whether the CEOs we are meeting are making things up

Forensic accounting is our primary line of defence
Marcellus’ forensic accounting model stratifies the Indian stock market into 10 deciles wherein decile 1 contains the cleanest companies and decile 10 contains those that are almost completely fabricating their financial statements. If we overlay on these deciles the amount of debt companies have taken, we can see that the companies in the three worst deciles have the highest debt-to-equity ratios.

Keeping in mind that there are several largecap companies in the three worst deciles, it is certain that as interest rates continue to rise, we will see more prominent companies blowing up. The question is that, forensic accounting apart, can we spot them before they blow-up? The answer is an emphatic 'yes' — a mixture of adequate diligence on companies combined with the use of questioning techniques popularised by the Central Intelligence Agency (CIA) can be very effective in spotting liars.

The L-squared technique is our secondary line of defence
The specific skill that intelligence officers are taught is to go into L-squared mode (‘look & listen’) as soon as they ask a question because research shows that most of the ‘tells’ come within five seconds of the question being asked. So what are the ‘tells’ that we look out for? (Ranked here by order of effectiveness, i.e. as you go down the list, the ‘tells’ have a higher reliability rate.)

In isolation, each of these ‘tells’ merely arouses suspicion rather than confirming that the CEO is a liar. However, if we encounter three or more of these ‘tells’ in the same meeting then our house rule is to move on to other, cleaner companies.

If you want to read more about how to spot liars, a good book to read is 'Spy the Lie' by three ex-CIA operatives — Philip Houston, Michael Floyd and Susan Carnicero. 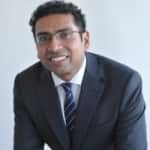