Access Selected Content from
Financial Times on Moneycontrol Pro
Webinar :Register now for webinar on 'Trade BankNifty in just 15 minutes a day' - By Asmita Patel
you are here: HomeNewsOpinion

Budget snapshots | Education sector has suffered from under-funding and neglect

The budgetary allocation for education as a percent of GDP, both at the central and state level, declined between 2011-12 and 2014-15

That adage of teaching a man how to fish and you feed him for life holds true in India. While we have a problem of unemployment that needs to be resolved, we also have a problem of poor education standards in the country. The budgetary allocation for education as a percent of GDP, both at the central and state level, actually declined between 2011-12 and 2014-15 before regaining lost ground in the ensuing years, according to the latest available Economic Survey.

One of the focus areas in the Economic Survey was the rising cost of expenditure, especially with gap growing between expenditure on private education and public education. The average annual private expenditure on general education per student (primary and above) has increased from Rs 2,461 in 2007-08 to Rs 6,788 in 2014. 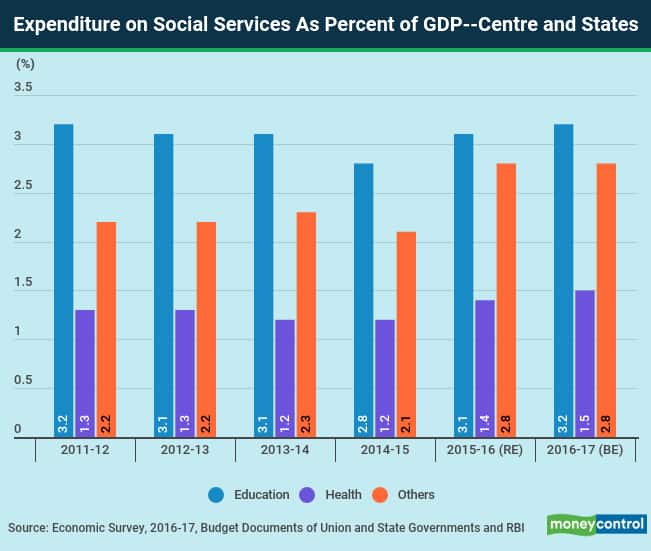