The budget also announced the set-up of 24 new Government Medical Colleges and Hospitals along with an upgrade to existing district hospitals in the country.

Budget 2018 was highly anticipated from the standpoint of it being the last full budget of the Modi-led government before the 2019 elections. Further, given the apparent stress on fiscal resources, it was evidently going to prove to be a testing time for the finance minister to balance fiscal prudence and relevant sops.

Given the set-up, the finance minister brought with Budget 2018 a slew of upgrades for the healthcare sector in India. Budget 2018 has paved the way for the world’s largest healthcare scheme - National Health Coverage Scheme, which is already being dubbed Modicare. The scheme proposes to cover 10 crore poor and underprivileged families (50 crore Indians), covering roughly 40 percent of the Indian population, through providing coverage up to Rs 5 lakh per family per year for secondary and tertiary hospitalisation. This seems to be a very healthy beginning in the process of putting in place a universal healthcare system.

Another crucial measure in an attempt to build up a universal healthcare system, is to utilise the health and wellness centres set up across India to provide comprehensive healthcare, free essential drugs and diagnostic services to the poor and underprivileged. 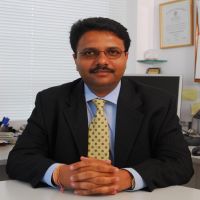 The budget also announced the set-up of 24 new Government Medical Colleges and Hospitals along with an upgrade to existing district hospitals in the country. This seems to be an attempt to garner efficiencies in the existing healthcare infrastructure.

However, the budget has left the challenges faced by the healthcare industry in direct tax and indirect tax space, untouched viz. weighted deduction for investment in rural health infrastructure, research and development (R&D) incentives to be widened under the patent box regime, incentives for API manufacturing and grant of input tax credit on physician samples, etc. Also while technically, GST rates are left to the GST council, the industry was hoping that the government’s intent of providing relief to patients by reducing the GST rates on medicines from 12 percent to 5 percent will be mentioned.

Given the above commitments and proposals in the healthcare space, the government may have left out certain tangible incentives including those benefitting the private sector, as well as the promised spend target of 3 percent of the GDP. However, considering the macro picture, the measures may augur well for the economy at large. The government can pride itself in shrewdly rising to the challenge of providing large-scale healthcare benefits through a comprehensive coverage scheme, while not creating a real impact on the fiscal deficit. Further, the budget has prepared a platform towards putting in place an ambitious Universal Healthcare Plan for India. With that it is fairly evident that Budget 2018 is not only the beginning towards major healthcare benefits to the general Indian populous, but also goes a long way in harnessing the potential of the healthcare industry.