Stock benchmarks suffered their worst single-day crash on March 23 on growing fears of the coronavirus outbreak. The Sensex plunged a huge 3,935 points to close at 25,981.24 and the Nifty fell 1,135 points to end at 7,610.

"With Nifty correcting further, the bears are in full control. The index could now be headed lower once the next major supports of 7,516 are broken. Any pullback rallies could find resistance at 7,830," said Deepak Jasani, Head Retail Research, HDFC Securities.

Maximum call open interest (OI) of 12.4 lakh contracts was seen at the 8,000 strike price. It will act as a crucial resistance level in the March series.

No call unwinding was witnessed on March 23.

Maximum put open interest of 13.14 lakh contracts was seen at 8,100 strike price, which will act as crucial support in the March series.

No put writing was seen on March 23.

There was not a single stock that witnessed long build-up on March 23.

Sterlite Technologies: The board will meet on March 24 to consider and approve share buyback.

The respective boards of Vishal Bearings, Unjha Formulations, Misquita Engineering and Kavit Industries will meet on March 24 for general purposes.

Century Enka: The company has temporarily shut down its plant operation at Pune.

Omax Autos: The company has decided to temporarily shut down its manufacturing units in UP, Haryana and Karnataka.

State Bank Of India: The bank said it has made payment of yearly interest to the bondholders of Basel III compliant AT1 bonds.

Dr Reddy's Labs: The board will meet on March 27 to consider raising of funds through the issuance of commercial papers.

Finolex Industries: Manufacturing plants and offices in Maharashtra will be closed till March 31.

Usha Martin: Company announced the temporary shut down of plant operations in Punjab due to COVID-19.

GNFC: TDI-II plant at Dahej resumed its normal production after the completion of scheduled maintenance.​ 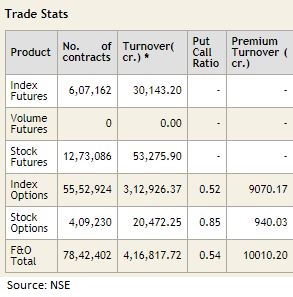