If you have desired to experience what a fighter jet sorties feel like after watching the Top Gun franchise down the years, here is your chance to do so.

In Hunter Valley, Australia, Jetride, the country’s longest-running L-39 Albatros jet fighter operator, offers sorties on two-seat single-engine aircraft and trainers that have been inducted into the militaries of 30 countries for their ground attack abilities. The thrilling flight over the picturesque Hunter Valley is manned by a former jet fighter race and military combat pilot of the Royal Australian Air Force.

Training is offered before the flight on how to handle the impact of G-force (produced by the surface of one object, the human body, being pushed by the force of another object, the jet, on take-off).

In the Kennedy Space Centre in the US, enthusiasts can take a flight in an F-104 Starfighter, built in the 1950s to take on Soviet Union’s famous MiG-15s, after a two-day training. And in Latvia, you can indulge in aerial dogfights (a close fight between two jet fighters).

Travelling to Paris next? Try this. Log into the Airbnb site and book yourself a secret room inside the famous red windmill atop the Moulin Rouge. From June 13, the famous cabaret or CanCan venue will open a secluded room for guests who wish to experience one of the most flamboyant buildings and performative spaces for burlesque dancers, anywhere in the world. The room inside the iconic red windmill has been designed to resemble a Belle Époque-inspired (considered an era of peace and prosperity) boudoir with stylistic details that echo the era. Airbnb collaborated with historian Jean-Claude Yon, an expert in 19th-century French cultural history, to create art nouveau features, including a miniature paper stage, a dressing area with glamorous accessories, vintage costumes, perfumes, and velvet curtains. Anyone who chooses to book the room will be treated to the best seats in the house for a CanCan performance. 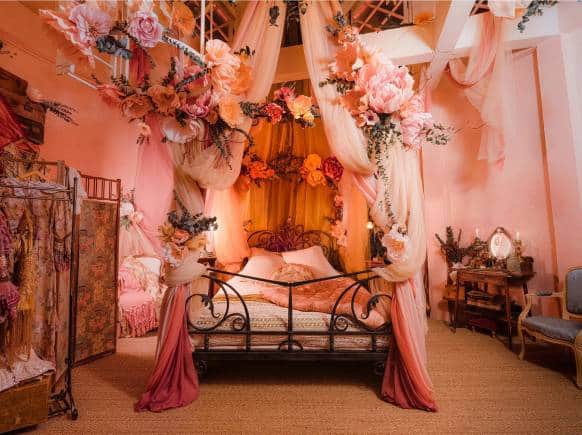 Alami is the name given to the act of foraging wild mushrooms from the edges of Goa’s many forests. Olmi (wild edible mushrooms) have been harvested for centuries and sold in local markets. Now, several locals are offering Alami tours for travellers. The forest department has banned foraging of these mushrooms from within deep forests, so the experience is restricted to the edges. Olmis are of several kinds: Roen olmi for termite hill mushrooms, Khut olmi for mushrooms with a long stem, Fugo olmi for balloon-shaped mushrooms and tamdi olmi for red mushrooms. The mushrooms are sold by locals for Rs 250 to Rs. 1,000 for around 50 pieces, or Rs 15,000 to Rs 20,000 per kilogram, is one of the most expensive fungal foods in the world. Much like truffles that can be foraged only in particular seasons, the olimi draws this kind of price because of its seasonal nature and the need to go foraging for it. There are strict rules associated with the act of foraging set by the Goa Biodiversity Board: leave behind at least 50 per cent of the mushrooms on termite mounds for conservation. 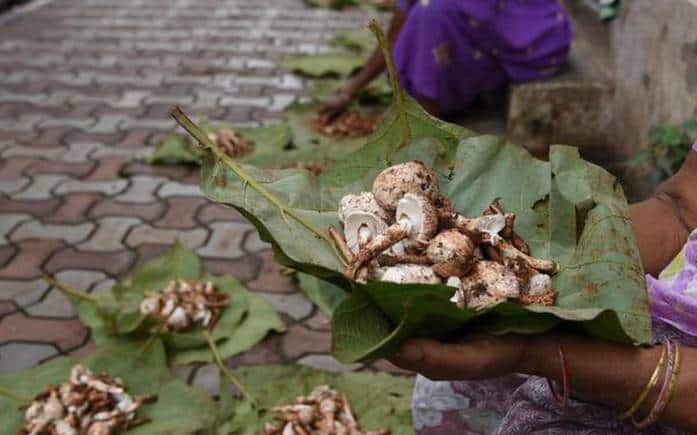 JWC’s ode to the Indian tiger

Jaipur Watch Company’s new watch collection, Baagh, is rare not just because it features the last one-rupee coin to be minted by the British in 1946, but also carries the image of a tiger as an insignia. The wild cat was soon to be named India’s national animal, when Mrs Indira Gandhi, the former Prime Minister launched one of the finest conservation programmes to save it from annihilation. For over two years, JWC’s team cast their net wide in auctions and numismatic societies in search of this rare coin. Technical aspects, then: The timepiece runs on a Japanese Miyota 8215 Automatic movement. The watch, available in a limited edition of 100, is encased in either in gold or silver-coloured case with Roman and Devanagari numerals, has a sapphire crystal with AR coating, and a partial see-through back. 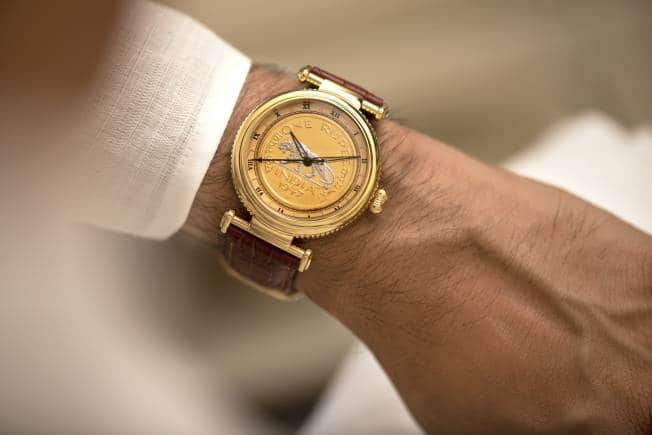 The origins of the Trucker can be traced back to 1905 when Levi Strauss created the Levi Blouse (otherwise known by its production code 506), a top-half piece intended to accompany his famed blue jeans and cut from double heavy extra-strong denim. It was short and boxy to allow for ease of movement, with double pleats running down the front. The stitches across the pleats could be removed to give the wearer extra room, while a single piped chest pocket and silver buckle cinch at the lower back rounded off the look. The details were later modified to include an additional buttoned flap for pocket and a bronze cinch buckle, which is when it was ‘monikered’ a jacket. Over years, the boxy style, in denim blue, and later beige and green has become a classic. For a while, it was phased out. It has seen a revival not just in its green/blue avatar but also in a pink one as part of a unisex collection. Artisanté hot chocolates to warm up your monsoons The chocolate barks from Artisanté, the new confectionary brand from the father-son team behind Bengaluru’s Java Café, have launched a range of dark, milk, white, ruby, and single-origin chocolates and chocolate bars made using cacao beans sourced chocolate producing countries such as Ghana, Ivory Coast, Ecuador, Dominican Republic, and Madagascar — a line-up that sounds more like your perfect holiday wish list if you are a chocolate fan. While we love the flavours such as Santorini (65% dark chocolate blend of cocoa beans with rosemary-infused olive oil and a dash of sea salt), Rajputana Bars (a blend of milk chocolate and Indian spices such as cardamom, ginger, and the undervalued star anise) and Purple Haze (berries, of course), my rank favourite for monsoons is the Mint Mocha and Cinnamon Chilli hot chocolates, two layered drinks that leave a burst of flavour in your mouth – from chocolate to mint and cinnamon.