Prasad had filed a FIR with the central police station in Bangalore from where the matter was gradually escalated to the Central Bureau of Investigation.

Today’s biggest news – the Punjab National Bank fraud – is something that could have made headlines over a year ago. It appears that authorities at various levels ignored an early sign of the multi-crore scam.

On July 26, 2016 Bangalore based entrepreneur Hari Prasad had written to the prime minister’s office (PMO) drawing the attention of the authorities towards what he thought could lead to a huge scam. According to Prasad, the balance sheets clearly gave out all the details. 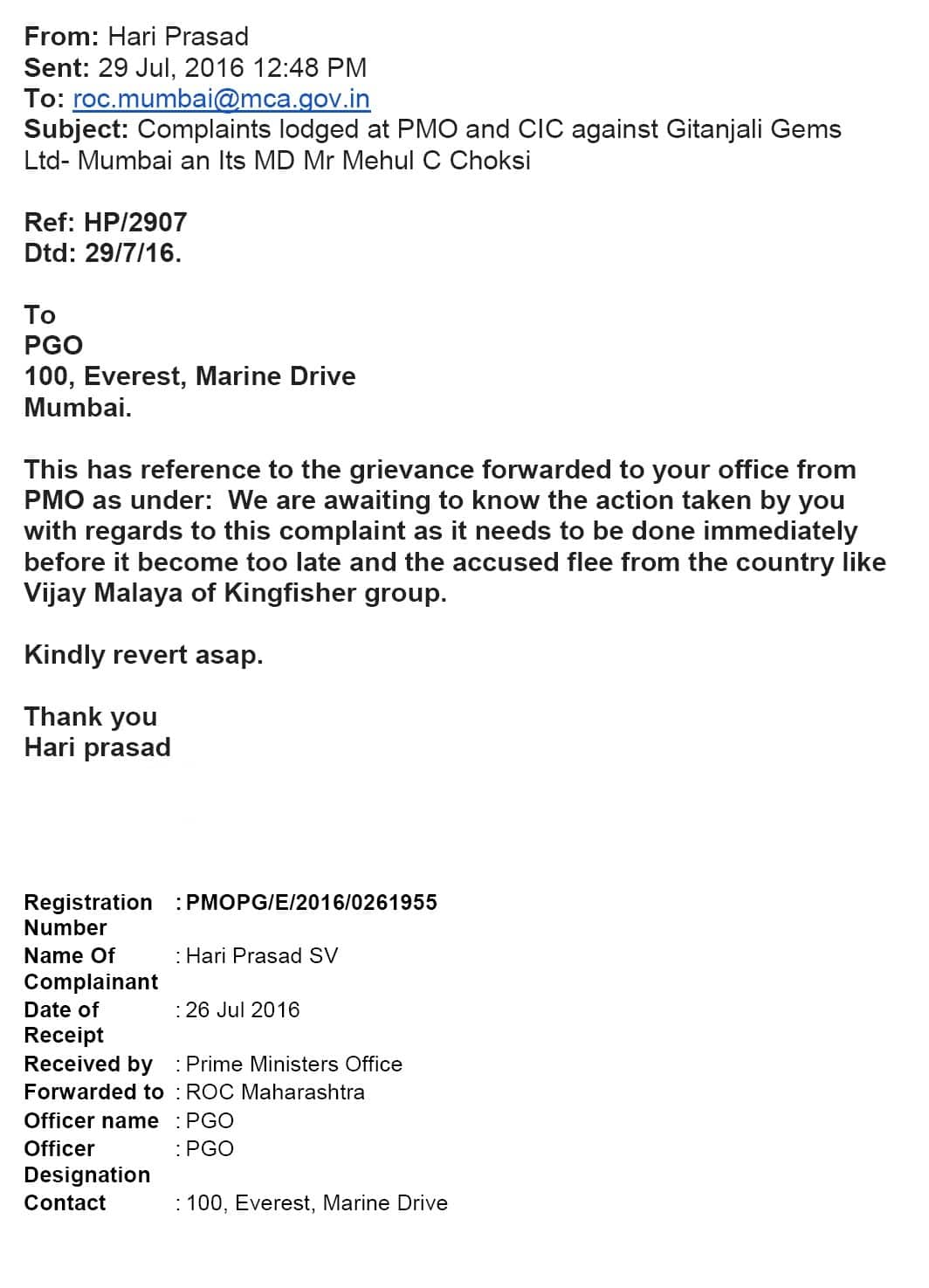 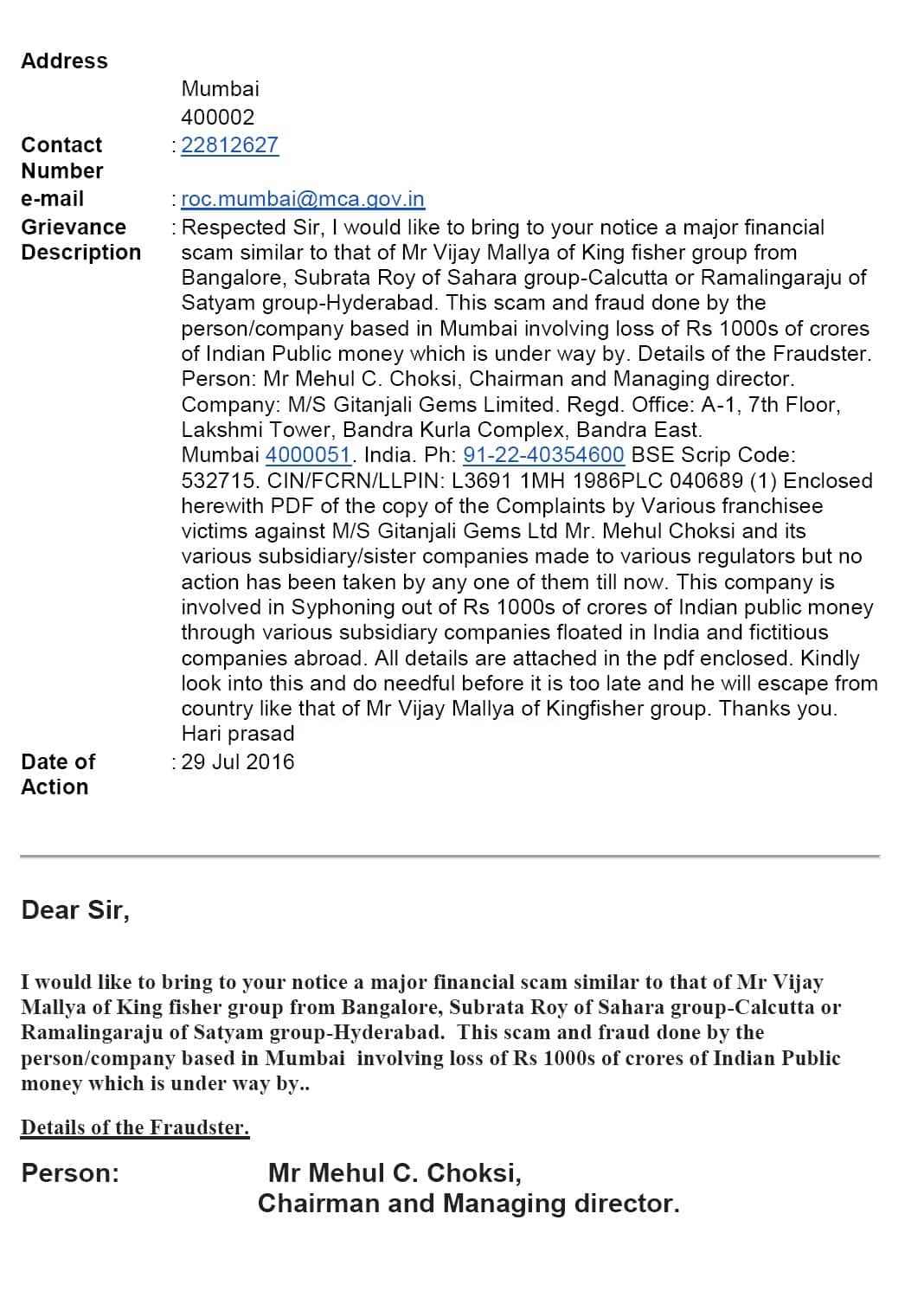 The letter sent out to the PMO mentions the possibility of a major financial scam. It pointed towards fraud committed by a “person/company based in Mumbai” involving loss of thousands of crores of rupees belonging to the Indian public being underway. The fraudster mentioned in the letter was none other than Mehul Choksi, Chairman and Managing director, Gitanjali Gems.

“The letter was forwarded to ROC Maharashtra marking me a copy on July 29, 2016 but no action was taken. I can forwarded the same to the PMO assuming that rewarding the same might have an impact. But that wasn’t the case. In the next two to three months I received a letter from ROC Maharashtra that my case was closed,” said Prasad.

“Having lost my faith in the system I gave up my initiative to alert the authorities about the possible scam,” he added. 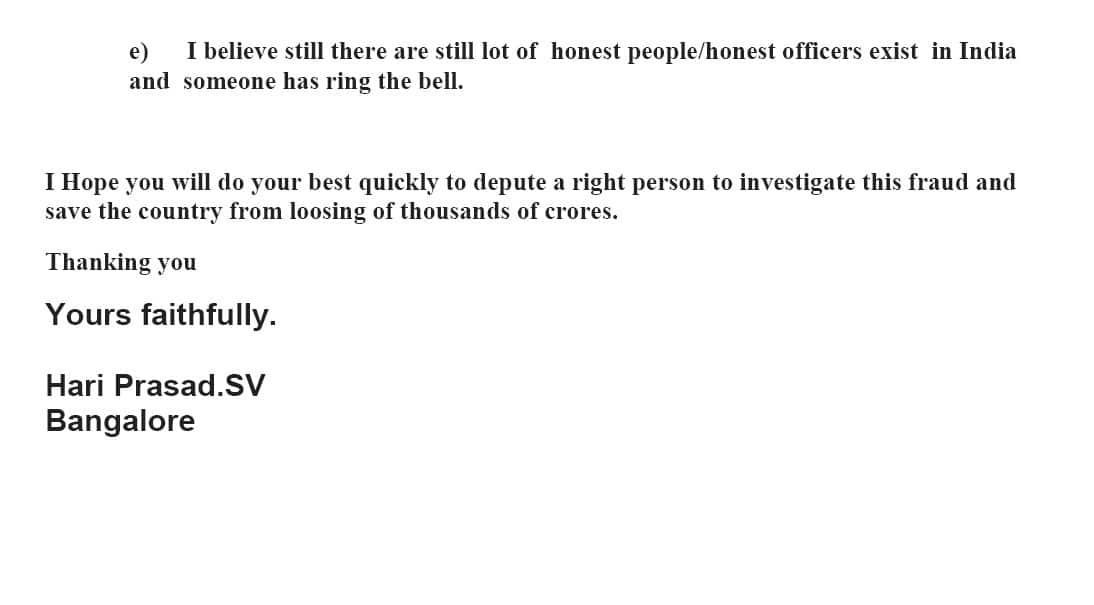 Prasad, however, has not given up his personal fight against Choksi, who he claims has cheated him in a Rs 13 crore fraud case. Prasad, who owns a Gitanjali Gems franchisee in Bengaluru, has alleged that Choksi has not made any payments that were promised to him. The promised sum include rent for the store premises of Rs 5.5 lakh per month and a monthly sum of Rs 10 lakh against Prasad’s investment of Rs 10 crore.

Prasad had filed an FIR with the central police station in Bangalore from where the matter was gradually escalated to the Central Bureau of Investigation.

Shaken by the surfacing of the Rs 11,000 crore scam, Prasad feels his life is under threat given his letters to the PMO have now been made public. “I am sure the alleged people are influential enough to close the case even after my repeated complaint to the authorities at the highest level. I am afraid of the consequences now,” Prasad added.
Tasmayee Laha Roy
Tags: #Current Affairs #Economy #India #PNB #PNB fraud
first published: Feb 15, 2018 10:10 pm

Daler Mehndi to perform at metaverse concert on Republic Day