Deepa Anappara's critically acclaimed debut novel 'Djinn Patrol on the Purple Line' drew from her work as a journalist reporting on the impact of poverty and religious violence.

For her debut novel Djinn Patrol on the Purple Line (Penguin Random House, Rs 499), which is the story of missing children in an Indian shantytown set against the backdrop of communal tensions, Deepa Anappara’s work as a journalist for over 11 years across India served as research.

“Because of my interest in the experiences of children in negotiating difficult circumstances, I wanted to explore the subject from their perspective, but it took me a long time to figure out how to reframe the story as fiction,” says the Kerala-born journalist who has lived and worked in Delhi and Mumbai.

Her reports on the impact of poverty and religious violence on the education of children have won the Developing Asia Journalism Awards, the Every Human has Rights Media Awards and the Sanskriti-Prabha Dutt Fellowship in Journalism.

Set in an unnamed slum cluster, the protagonist of the novel, nine-year-old Jai, sets out to solve the mystery of children going missing from his neighbourhood. His well-meaning quest, however, is soon overtaken by darker undercurrents of politics, religious polarisation and the debilitation of acute poverty. The book takes on complex narratives of crime and punishment, and shatters class- and religion-based stereotypes. Optimistic and innocent, her character Jai’s truthful observations of life in a slum – with all its darkness and desperation – are touching and haunting. “It took me a long time to trust my imagination over facts,” admits Deepa, adding that with this book, “finding the voice of my nine-year-old narrator was my way into the story. Most of the novel is presented from his perspective and, as a child, he has his own ideas about the world; I saw it essential to stay rooted to his viewpoint, and relate events as he sees it, not as they are.”

As someone who is not a planner and who takes an organic approach to discovering and creating her characters, one of Deepa’s key concerns was to stay true to the voices of the children in the novel. “I read any number of novels with child narrators, watched films with child protagonists, and relied on my memories of interviews I had conducted with children to create the voice of my main narrator and others,” says Deepa, who often returns to Michael Ondaatje’s works, especially his novel In the Skin of a Lion.

But the book also covers the gap between fiction and nonfiction by highlighting the conflicts and tensions between rich versus poor, and Hindus versus Muslims. As a journalist reporting from the underbelly of society, Deepa’s narration is strongly rooted in facts.

She had interviewed several people, including children and those working with charities for children’s education, about the impact of poverty and religious violence, and the way society neglects those who are marginalised.

“Because of these interviews and the research I had done, I started the novel with a clear idea of the wider systemic issues that result in the disappearances of children and the continued lack of interest in their lives,” she says, adding that she also read a number of academic books and journals on the subject.

The book is finally as much an indictment of our apathy towards children’s rights and safety as a comment on callous politicians and power-brokers. “Across the world, we have seen those hungry for power whip up hysteria against marginalised groups, and harness that hatred to win elections. This is often done with the support of other pillars of a democracy, like the media. This is the case in India as well,” she avers. 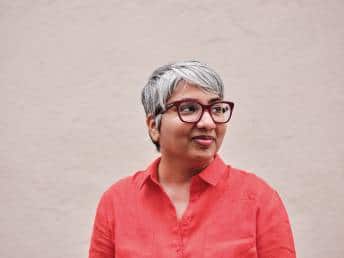 She goes on: “Alleged political workers often create divisions in society, which are then propagated by certain sections of the media. I should add that I strongly believe individuals too have a responsibility to challenge blanket statements made by politicians in order to foster divisions and hatred. It is all too easy to feed our biases and prejudices instead, and allow our insecurities to dictate our behaviour. This needs to change.”