--Black carbon, an air pollutant, is also a short-lived contributor to global         warming. It is second only to carbon dioxide. It is formed by the incomplete burning of fossil fuels, biofuels and biomass and by natural sources.\

--A recent modeling study shows that increasing black carbon emissions leads to a decrease in low-intensity rainfall in the pre-monsoon season in northeast India while pushing up severe rain.

--Long-term trends show that while pre-monsoon rainfall is declining, aerosol in this region is increasing. Fossil fuel and biomass burning are major sources of black carbon in the northeast. Some levels of black carbon from the Indo Gangetic Plains also make their way to northeast India.

Shahjahan, a farmer who doubles up as a computer technician in Tezpur on the banks of the Brahmaputra river in Assam, a river basin state, observes that most households in his village have an LPG cylinder but burning wood (biomass) is the preferred cooking method.

Shahjahan and his neighbours’ experiences with the clean fuel transition – stacking up LPG against biomass (khori) use – are also reflected in the fifth National Family Health Survey data that shows that despite having LPG connections, many don’t use it for cooking. “LPG is used when we need to quickly serve tea, heat water for bath or warm milk. It takes more time to start the biomass fire, but the food is tastier,” notes Shahjahan.

The hike in LPG costs is another deterrent. “Three to four years ago we bought the LPG cylinder at Rs. 550, now the cost is around Rs. 1000. In contrast, the khori (discarded bamboo poles used to support crop growth) we use is easily available on our farms,” the 25-year-old adds, pointing to the shed to stockpile khori abutting fields of gourd and paddy. He says they have started cooking outdoors in recent years to eliminate the fumes that choke up their indoor environment and harm health. 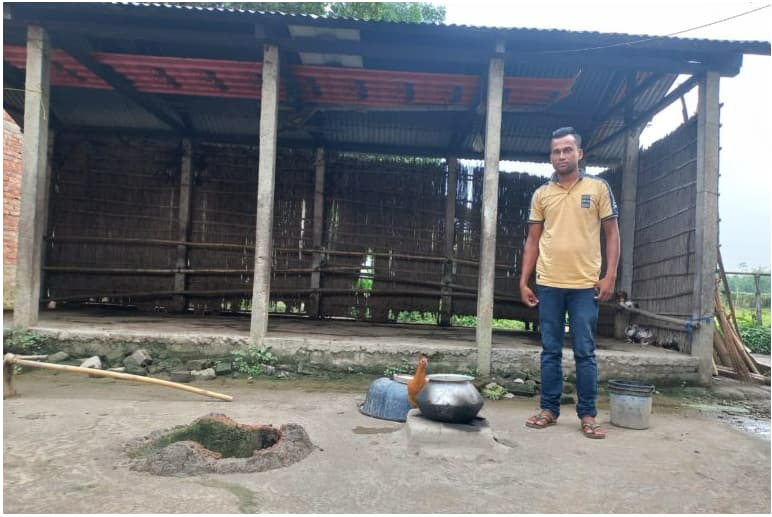 Biomass burning also spews tiny particles called black carbon. Black carbon aerosol is formed by the incomplete burning of fossil fuels, biofuels, biomass (caused by human actions) and by natural sources such as wildfires. The air pollutant is the dominant form of light-absorbing particulate matter in the atmosphere. It warms the atmosphere because it absorbs light (solar energy). Although it remains in the atmosphere for just a few days or weeks, compared to a century or more for carbon dioxide, it is a major short-term contributor to global warming. The warming effects of black carbon aerosols are second only to carbon dioxide; it has a heat-trapping power a million times more than carbon dioxide and can travel long distances on air currents.

Shahjahan’s family’s kitchen is one of the survey spots for budding scientists at Tezpur University’s Department of Environmental Science who regularly troop in with an aethalometer — an instrument to collect and analyse black carbon, commonly known as soot. They are trying to unpack more information about black carbon and aerosol sources. Shahjahan’s home is one of the several households the team surveyed for their aerosol research as the family transitioned from biomass to padding up their cooking fuel use with LPG.

“Before we started using LPG three years ago, we installed a biogas cookstove, but there were challenges to address the waste disposal; we volunteered to move onto LPG when we saw others in the neighbourhood also using LPG,” Shahjahan says, referring to the transition from biogas to LPG.

Understanding the ground realities in the energy transition is key to teasing apart the role of aerosols (mainly black carbon) in tinkering with atmospheric processes including those that drive rain in northeast India, where extreme rainfall and floods in this year’s pre-monsoon months have upended life and livelihoods.

Apart from stringent implementation of clean cooking schemes and transport policies in northeast India, reducing emissions in the Indo-Gangetic Plains is an equally important link in the chain to integrate climate action with pollution control in the Brahmaputra river basin region.

Tezpur University’s Raza Rafiqul Hoque and his team find that black carbon loading around Tezpur in the Brahmaputra river basin is “almost at par” with the levels in the rural Indo Gangetic Plains (IGP). “In the Brahmaputra river basin region, we see black carbon signatures from fossil fuel burning (coal, petrol) in transport, brick kilns, tea gardens and agricultural and household biomass burning. We also receive a substantial amount of black carbon via air mass transport from IGP (mainly in the pre-monsoon) and peninsular India and neighbouring Bangladesh (in the monsoon season), which has a heavy concentration of brick kilns,” Hoque says.

“When we were doing the measurements, we were puzzled to see a lot of coal signatures coming in the monsoon months because the brick kilns stop operating in these months; but it is the peak season for tea industries in northeast India and they rely on coal-burning for their energy needs,” he explained. 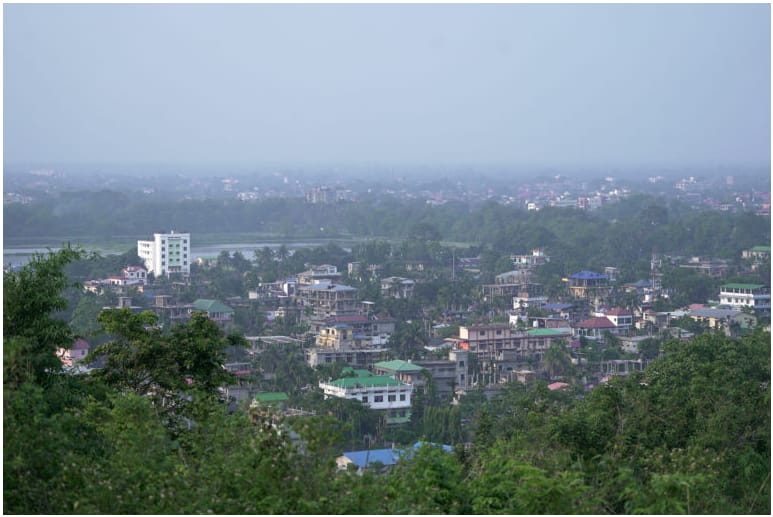 Sharad Gokhale at IIT-Guwahati’s Air and Noise Pollution Laboratory says that aerosols, including black carbon, most influence the western part of northeast India closest to IGP.

Gokhale’s lab’s recent modeling study showed that rising black carbon emissions lead to a decrease in low-intensity rainfall while pushing up severe rain in the pre-monsoon season in northeast India. Co-author and research scholar Neeldip Barman explains that the presence of higher aerosol amounts suppresses rain formation, which in turn subdues lower-intensity rainfall. “But an increase in black carbon concentration pushed up the moisture levels. Increased black carbon also helps transfer more moisture to the upper atmosphere. It moves the cloud water to the upper atmosphere, where it converts to ice/hail. Melting of ice/hail produces severe rainfall. An increase in cloud cover at a height of 10 km (above ground level) contributed by ice is a possible cause and validation of this mechanism,” Barman said.

The pre-monsoon rains have a special place in northeast India’s rainfall distribution spectrum.

“If you look at the seasonal distribution of rainfall in the northeast, the amount of rainfall received in pre-monsoon is second to the monsoon rainfall. If you look at statistical trends, the rainfall in the pre-monsoon months is roughly equal to the average annual rainfall across northeast states,” says climate scientist Jayanarayanan Kuttippurath at IIT-Kharagpur’s Centre for Oceans, Rivers, Atmosphere and Land Sciences (CORAL).

These months also happen to be the season when aerosol loading is highest in northeast India.

There are regional and seasonal differences in aerosol loading, and in northeast India, the aerosol loading is relatively highest in the pre-monsoon season. Long-term trends show that while pre-monsoon rainfall is declining, aerosol in this region is increasing. “So this part of India presents a fascinating case study to understand the rainfall-aerosol interactions,” added Kuttippurath.

Kuttippurath says agricultural biomass burning, especially in shifting cultivation practices in hilly regions in northeast India in the pre-monsoon months of February, March and April, also accounts for high black carbon levels. The biomass burning in pre-monsoon months in northeast India represents one of the two major peaks in fire count in India – the other prominent count coming in from the IGP. The IGP fire counts coincide with the region’s two harvesting seasons (April-June and October-November) and associated winter stubble burning. 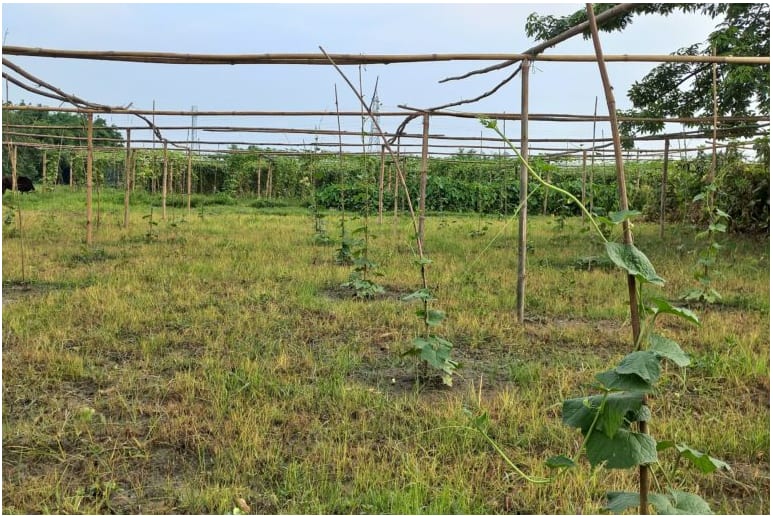 Neeldip Barman says that their research shows the overall proportion of black carbon dumped onto the Brahmaputra basin/northeast India from IGP is higher than that generated in the basin itself. Zooming in on Assam, Rajarshi Sharma at the lab in IIT Guwahati is parsing through sectors that spout black carbon to create a black carbon emissions inventory for the state during 2018-2019, to get a clearer picture.

The key sectors are transport, industry, residential fuel (including biomass and kerosene), open burning and diesel consumption in the non-transport sectors.

“When divided into fossil fuel and biomass sources, we saw that fossil fuel contributed to approximately 60% of total emission, while biomass burning contributed 40%. Firewood burning and kerosene lamps for lighting, both of which comes under the residential fuel sector, when considered individually, account for higher black carbon levels than the transport sector emission from the entire state (3.44 gigagram),” he adds.

“Policies to electrify transportation in urban areas, replace coal with renewables, upgrade vehicles to the latest auto emission norms (Bharat Stage VI) and switch to clean cooking fuels are already in place; we need to execute them stringently and also curb fossil fuel use,” says Gokhale.

The pollutants contributing the most to both local and transboundary air pollution problems are SO2, nitrous oxides (NOx), ammonia (NH3), volatile organic compounds (VOCs), and fine particulate matter (PM2.5). They mostly originate from the same sources as greenhouse gases.

“There are strong interactions between strategies designed to improve air quality and those addressing climate change. Many sources of carbon dioxide (CO2) also produce health-harming air pollutants (i.e., coal use in thermal power plants). This means that climate action to limit emissions from these sources also reduces air pollution and its health and economic impacts, even though carbon dioxide itself is not harmful to human health (except at very high concentrations),” added Purohit. Despite the obvious overlaps in climate mitigation and air quality improvement efforts, Gufran Beigh, founding project director of India’s System of Air Quality and Weather Forecasting And Research (SAFAR), says that there is a dearth of synergy between climate scientists and air quality research community in the country. “Addressing black carbon issues presents us with a unique opportunity to kill two birds with one stone,” Beigh told Mongabay-India.

Meanwhile, the Assam Climate Change Management Society (ACCMS), the government body coordinating the implementation of the Assam State Action Plan on Climate Change (SAPCC) and other climate change-related activities, has drafted the revised SAPCC (2021-2030) with a focus on adaptation and climate change mitigation. To curb harmful emissions, on the anvil are the introduction of electric vehicles in urban transport and cleaner brick production technologies, the ACCMS told Mongabay-India.

Tezpur University’s Hoque maintains that policies that target climate mitigation and cleaner air must factor in local realities, practices and the gender dimension.

“Because biomass burning has a substantial impact on the regional air quality and rainfall characteristics in northeast India, it makes sense to first supply LPG to households that do not have landholdings because, in the absence of landholdings, they can’t produce biomass and can rely on clean fuels (LPG) instead. For households with landholdings, one way is to provide clean cookstoves that burn biomass more efficiently and cleanly than existing stoves. The important thing is to improve the burning conditions,” added Hoque in the context of Tezpur.

“In recent years, the younger generation of women in our household, with more education and awareness of health implications of indoor biomass burning, have taken to newer applications, so they prefer LPG over wood-burning stoves. They also are not keen to do the labour to collect biomass for firing up the cookstove – using LPG saves them time to take up other pursuits,” explained Shahjahan.