The newer monthly pass is only Rs 25 more than the existing pass.

Commuters of Mumbai Metro now get unlimited rides on new monthly passes that cost as much as Rs 1,400.

At present, the monthly pass offers only 45 trips on the entire network, which connects Ghatkopar and Versova.

The new monthly pass is only Rs 25 more than the existing pass.

The 45-trip monthly pass will still be available after the introduction of the new pass.

Around 4.5 lakh commuters use the Mumbai Metro on a weekday, according to a report by The Times of India.

“We will launch a new product in the form of monthly pass from January 23, which will allow commuters to take unlimited rides during the validity period of the pass. The pass will not be transferable,” an MMOPL spokesperson told TOI.

The fares of the new monthly pass are as follows: 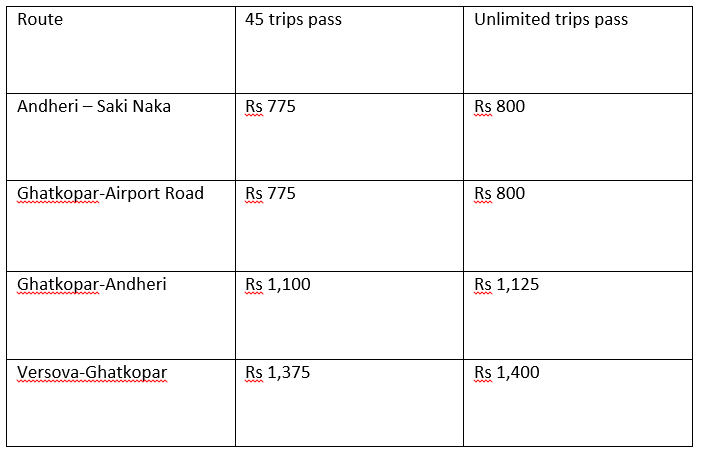