In-Depth | Trump's India visit to have a defence deal, a dash of Kashmir and hopes of better trade ties

Trump’s visit to India is expected to be as high on substance, as it is on optics. It also comes close on the heels of interesting political developments.

“World’s oldest democracy meets world’s largest democracy… at the world’s biggest cricket stadium,” says a poster put up by the Ahmedabad Municipal Corporation ahead of US President Donald Trump’s visit to India next week.

Trump will be arriving with US First Lady Melania in India on February 24 for a two-day trip, when the two will be visiting Ahmedabad for an event called Namaste Trump.

Come, join us for the #BiggestRoadShowEver#IndiaRoadShow

The event, as described by the local body using three superlatives, is nothing but more. It is the first official trip of Donald Trump to India, making it an unequalled diplomatic affair. Besides, it ostensibly is an Indian clone of the Howdy Modi event, which was organised in Houston, Texas in September last year.

The Howdy Modi extravaganza was organised at a football stadium in Houston and was seen as an endorsement of Trump before the 50,000 Indian Americans, an influential voter base. Indian Prime Minister Narendra Modi was greeted with a resounding cheer from the crowd.

Read Also: Air Force One: A look at the US President Donald Trump's official aircraft

For the Namaste Trump event, Trump has been invited to Modi’s turf – Gujarat, from where the Indian prime minister had served as the chief minister for three terms between 2001 and 2014. Trump’s visit to India also falls amid interesting circumstances – the visit is just after he was acquitted from impeachment, when the trade ties between India and US are still dodgy, when India is facing a serious economic slowdown and is riddled with protests against the controversial Citizenship Amendment Act.

What is the significance of this visit and what it means for India, let’s find out:

Donald and Melania Trump will be arriving in Ahmedabad, Gujarat’s largest city, on February 24, for the Namaste Trump event. The US President will inaugurate the Motera Stadium, which will be the world’s largest cricket ground, dislodging the Melbourne Cricket Ground. Built at a cost of Rs 700 crore, the stadium is expected to have a capacity of 1,10,000 spectators.

Besides, the city of Ahmedabad is being spruced up, with authorities identifying slums and meticulously ‘cleaning’ them up. The Gujarat government has spent a good Rs 80-85 crore for the visit, which is roughly going to last about three hours. According to a Reuters report, the sum is equivalent to about 1.5% of the annual budget for the home ministry in Gujarat. 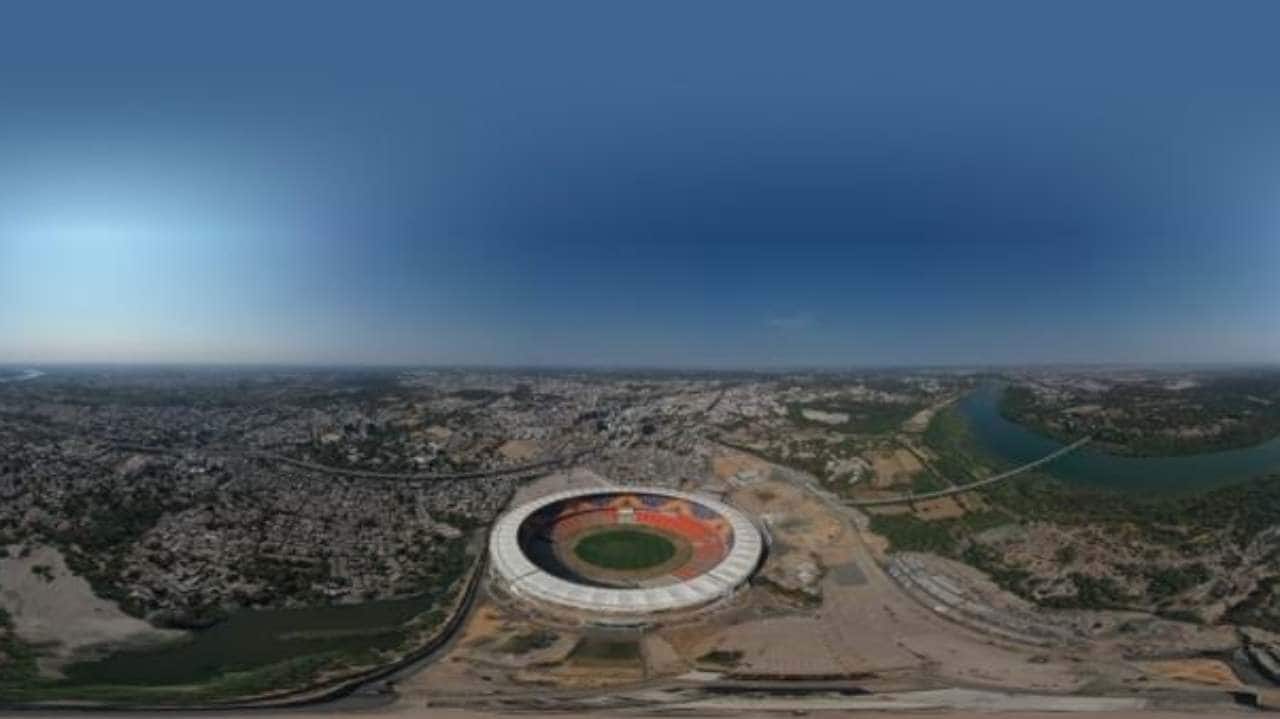 An aerial view of the Motera Stadium.

Of this, about Rs 30 crore has been spent in widening or re-laying roads, especially around the airport and the Motera Stadium. In addition, around 12,000 police officers will be deployed in the city for the event. A 400-metre wall shall reportedly be built along his route to block the view of the slums in the vicinity.

Ahmedabad municipal commissioner Vijay Nehra has said that over 1 lakh people have already registered so far to greet Trump, as he heads from the airport to the city centre.

Trump, who will be the first US President to visit Gujarat, will also pay a visit to Mahatma Gandhi’s Sabarmati Ashram and take part in a roadshow (22 kilometres-long) with PM Modi after that.

What is also interesting is the name change of the event from erstwhile Kem Cho Trump to Namaste Trump. According to a report in The Times of India, the Gujarati expression was replaced with a Hindi one, because the former had a regional flavour even when the event is being projected as a massive national show.

A government official told the newspaper, “A Gujarati label for Trump’s first event in India would not have been appropriate. Moreover, Namaste is understood as an Indian greeting across the world.”

A likely visit to Taj Mahal in Agra is also in the pipeline for Trump. Leaves for all police officers in the city has reportedly been cancelled. Uttar Pradesh Chief Minister Yogi Adityanath was also seen taking stock of security and other arrangements in the city.

What’s on the table?

Trump’s visit to India is expected to be as high on substance as it is on optics. A major defence deal is on the cards. Ahead of the visit, officials were trying to crack the deal on 24 MH-60R Seahawk helicopters worth $2.6 billion for the Indian Navy.

Even though India has bought defence equipment worth $17 billion from the US since 2007, officials in Trump’s dispensation complain that no deal was signed during his term.

Earlier this week, the US had approved the sale of an Integrated Air Defence Weapon System (IADWS) to India at an estimated $1.8 billion dollars.

New Delhi and Washington have also agreed on sharing of sensitive military and communications technology and reciprocal use of military services. 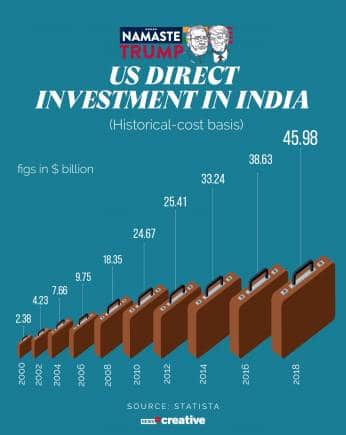 Another significant policy discourse is over establishing hold over the Indo-Pacific region through synchronisation of strategies in order to push back against the Beijing-Moscow alignment in Asia.

The White House had stated that Trump’s visit to India will “further strengthen the United States-India strategic partnership and highlight the strong and enduring bonds between the American and the Indian people.”

In addition, Mukesh Aghi, the President of US-India Strategic and Partnership Forum, while noting that the last three American Presidents had made trips to India, said, “It’s essential to send a message to the region that India is a significant partner and the President values that.”

Although there were speculations over India and US officials attempting a breakthrough in the strained trade relations between the two countries, Trump on February 19, "We can have a trade deal with India but I am really saving the big trade deal for later on.”

"We are not treated very well by India but I happen to like Prime Minister Modi a lot," Trump added.

Trade tensions between India and the US have escalated over the last three years, with the Trump administration levying tariffs on imports of steel and aluminium from India. In retaliation, India had levied higher tariffs on agricultural goods and restrictions on US medical devices. Remember the time when Trump was browbeating India over the 100 percent tariffs levied on the iconic Harley Davidson motorcycles? 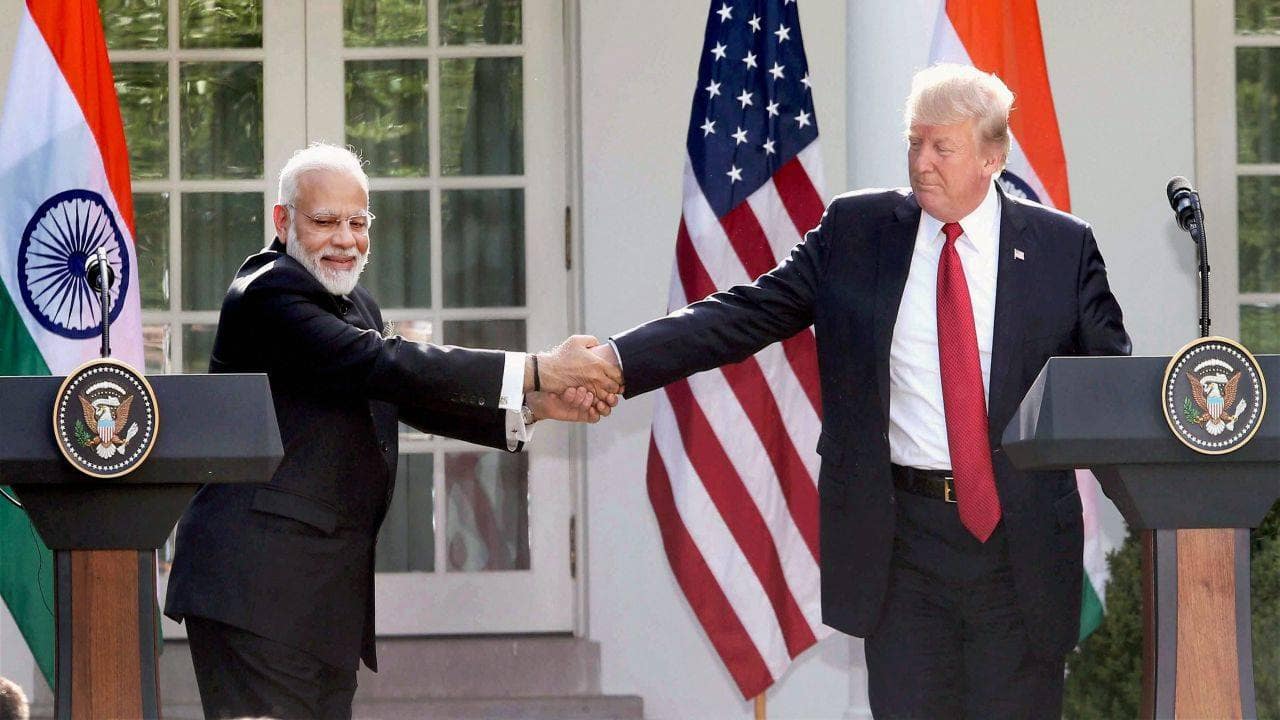 Increasing tariffs on US imports had prompted Washington to remove India from decades-old trade programme, which allows developing nations to export to bigger markets on preferential terms.

The US took a similar step just last week, removing India from the list of developing nations that are exempt from investigations on whether they harm American industry with unfairly subsidised exports.

Trump’s visit had raised hopes that India and the US will work out a deal to lessen India’s trade surplus with the US. Once at $30 billion, the surplus in India’s favour has now narrowed to $16 billion, government officials told Mint. Bilateral trade in 2018 stood at an estimated $142.1 billion, making it one of the most important ones for India.

Trump’s visit to India comes close on the heels of interesting political developments. This is Trump’s visit ahead of the US Presidential elections scheduled for November this year, and comes at a time when his popularity is at its highest with 49 percent approval rating.

This is despite Impeachment proceedings being initiated against him over allegations of abuse of power and him seeking assistance from Ukraine in a way that could benefit him in getting re-elected. However, earlier this month, the Senate acquitted Trump of both impeachment charges.

Besides, Trump is riding on the ‘longest economic expansion in the history of the United States’. Even though unemployment rates have consistently been low and the GDP growth has been strong, trade war with China, rising tensions with the Middle East and fears over health of the global economy have unsettled the markets at various points. The US President’s maiden visit to India also comes after the country’s map has undergone a slight bit of change. Post-abrogation of Article 370 in Jammu and Kashmir and the bifurcation of the state, Trump had raised the issue on multiple platforms, much to India’s scorn.

He had earlier offered to act as mediator between India and Pakistan on the Kashmir issue and stated that the White House was monitoring the situation “very closely”, albeit calling on Islamabad to crack down on terrorism. In fact, both the Democrats as well as the Republicans continue to raise questions about Modi’s Kashmir policy, despite New Delhi maintaining that it is an “internal issue”.

A recent report prepared by a research agency associated with the US Congress has claimed Trump’s offers of mediation on the Kashmir issue and his apparent bonhomie with Pakistan Prime Minister Imran Khan “may have contributed to India’s August moves”.

Ahead of his visit to Ahmedabad, Trump told reporters at the White House, “He (Modi) thinks that we will have five to seven million people just from the airport to the new stadium.” Even as pockets across India witness protests against the Citizenship Amendment Act, a massive show of support to Modi, as well as Trump, in his home turf will make for a positive picture if nothing more.

Besides, as per the US Census data, Gujaratis form more than 20 percent of the Indian American community. In fact, a report in The Times of India has claimed that over 40 percent of the motel industry in the US is run by Gujaratis.

The Non Resident Indian (NRI) vote assumes significance in that it was the Hindu NRIs who had made large donations and come out in strong support of Trump during the 2016 US Presidential election.

Invoking the 'Gujju card' could win Trump loyalty from an influential and wealthy community ahead of the elections.