India’s COVID-19 case tally is above 3.36 crore with 26,041 new cases reported, as per the health ministry’s September 27 update. New cases reported lowest in 13 days and active cases below 3 lakh for the first time in 191 days.

As many as 276 new deaths were reported in the last 24 hours, new recoveries at 29,621 in the same period, the latest release showed. 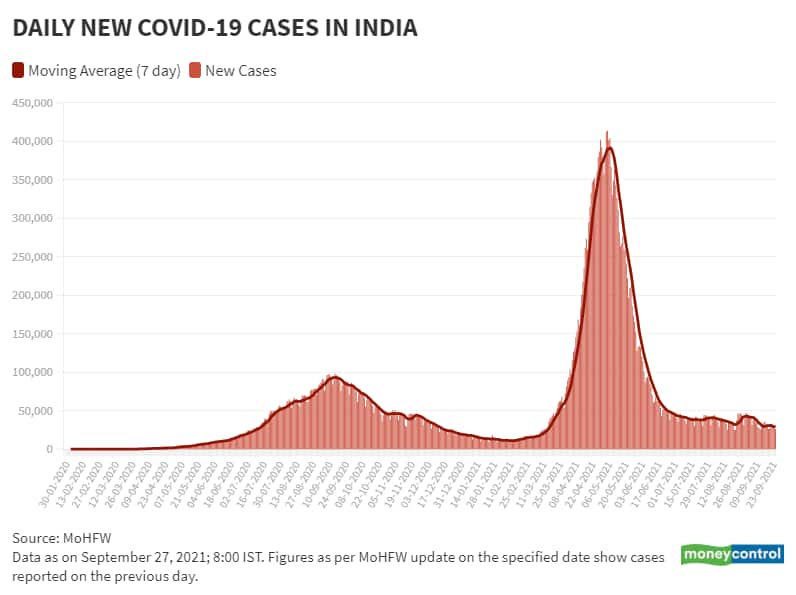 More than 86.01 crore vaccinations have been administered across India, according to the September 27 update, with 38,18,362 new vaccination doses administered on Sunday. Of the total vaccinations administered to date, 74 percent are recipients of their first dose while 26 percent have received the second dose. Among states, Uttar Pradesh administered the most (cumulative) vaccine doses at 10.03 crore, followed by Maharashtra at 7.83 crore and Madhya Pradesh at 6.11 crore. Kerala reported 165 new deaths, the most, as per the September 27 update, followed by Maharashtra (36), Tamil Nadu (14), Andhra Pradesh (11), Karnataka (9) and West Bengal (9). These six states account for 88 percent of all new deaths reported in the country.

COVID-19 unlock: Theatres, auditoriums to be reopened in Maharashtra from October 22 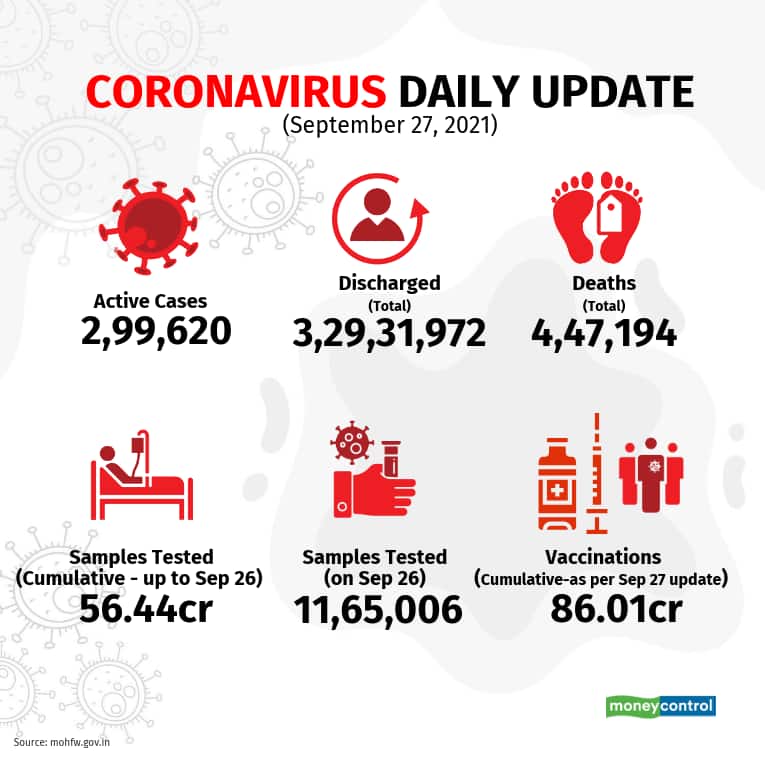 Total COVID-19 deaths in India now stand at 4,47,194 as per the September 27 update, with the mortality rate now at 1.3 percent. Over 11 lakh daily tests were reported on September 26 with more than 56.44 crore tests carried out to date. 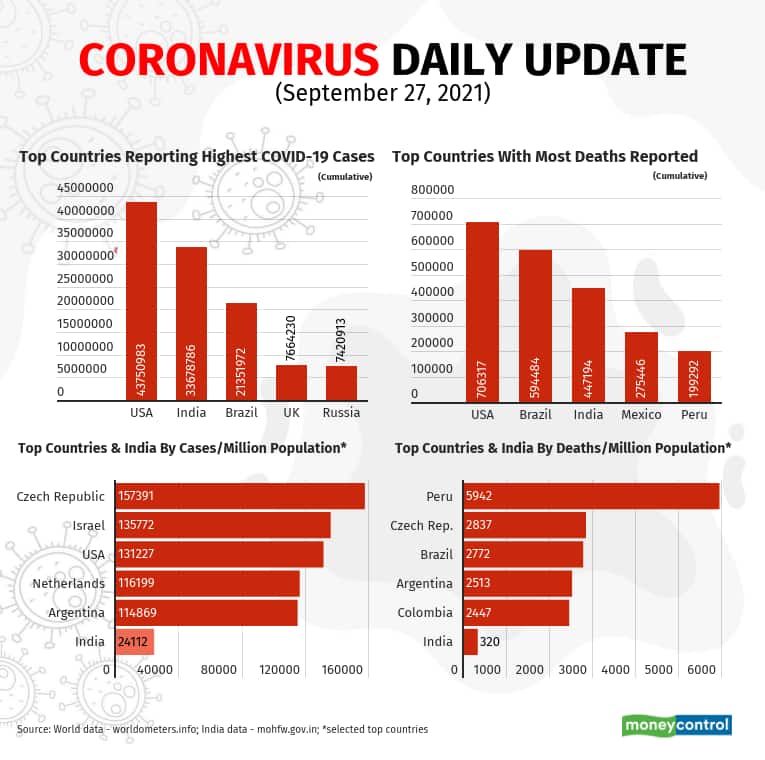