India’s COVID-19 case tally is above 3.33 crore with 30,570 new cases reported, as per the health ministry’s September 16 update. While new cases rose 12 percent over the previous day, active cases reported a drop for the fifth day in a row. 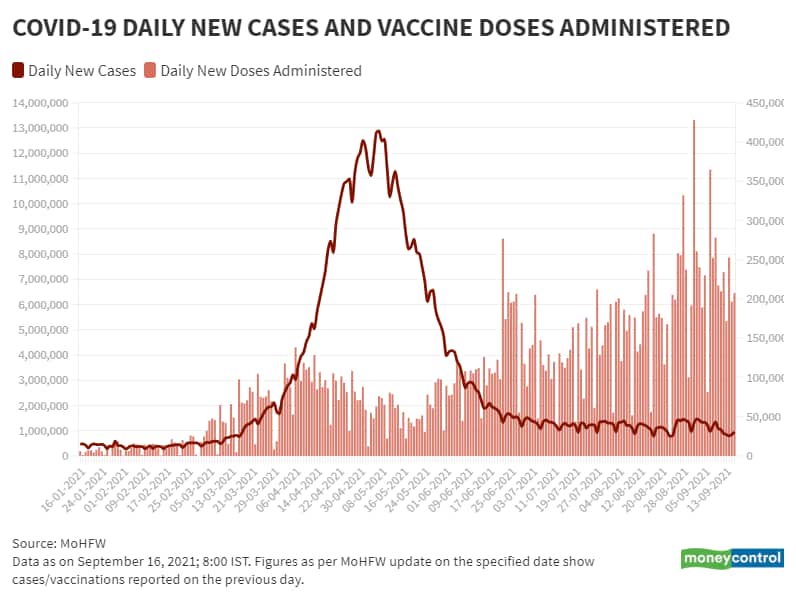 Of the total vaccinations administered to date, 76 percent are recipients of their first dose while 24 percent have received the second dose. Among states, Uttar Pradesh administered the most (cumulative) vaccine doses at 9.02 crore, followed by Maharashtra at 6.99 crore and Gujarat at 5.33 crore. 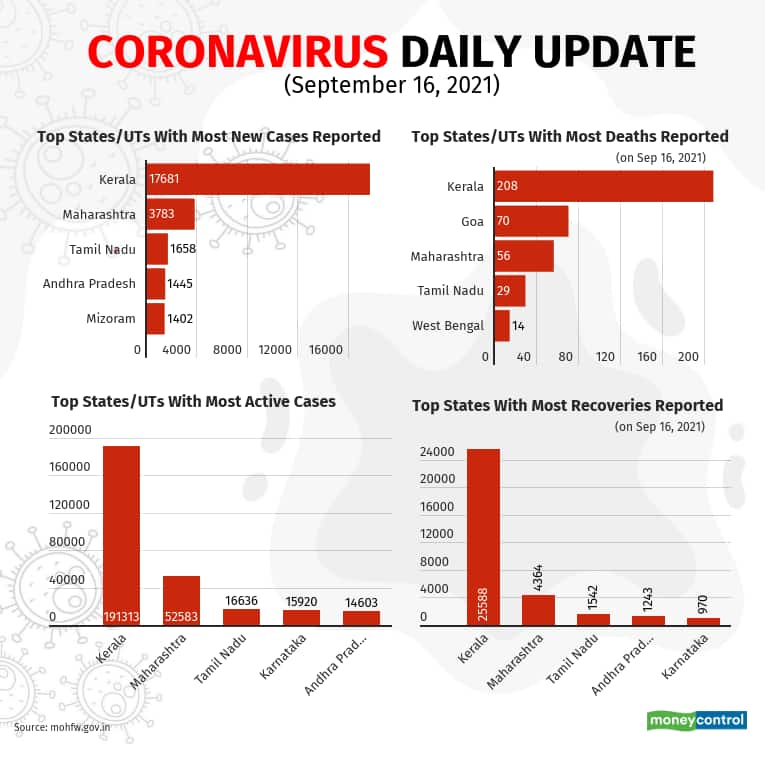 Kerala reported 208 new deaths, the most, as per the September 16 update, followed by Goa (70; includes 68 backlog deaths), Maharashtra (56), Tamil Nadu (29) and West Bengal (14). These five states account for 87 percent of all deaths reported in the country. 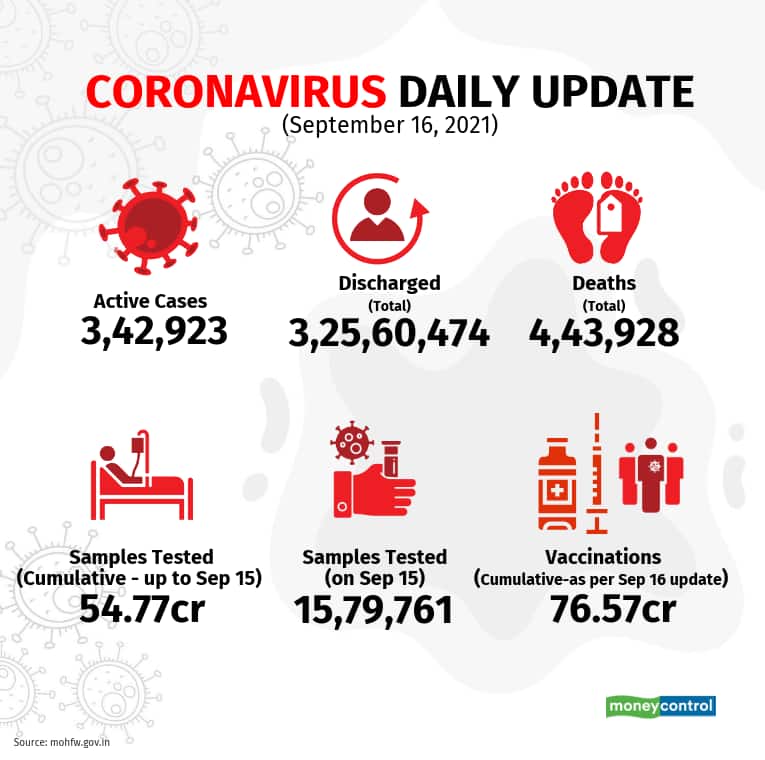 Total COVID-19 deaths in India now stand at 4,43,928 as per the September 16 update, with the mortality rate now at 1.3 percent. Over 15 lakh daily tests were reported on September 15 with more than 54.77 crore tests carried out to date. Test positivity rate below 2 percent for the third day.