India reported 40,134 COVID-19 infections in the last 24 hours, taking the country’s tally to above 3.16 crore, the health ministry’s August 2 update shows. As many as 422 new deaths were reported in the period.

This is the 36th day that new cases have remained below 50,000 but in the last few days, recoveries are trailing new cases. As many as 36,946 recoveries were reported in the same period, the latest release shows. More than 47.22 crore vaccinations have been administered across India, with 17,06,598 doses administered on August 1, the ministry said. Of the total vaccines, 78 percent are first doses and 22 percent second doses. Among states, Uttar Pradesh administered the most (cumulative) vaccine doses at 4.84 crore followed by Maharashtra at 4.47 crore and Gujarat at 3.37 crore. 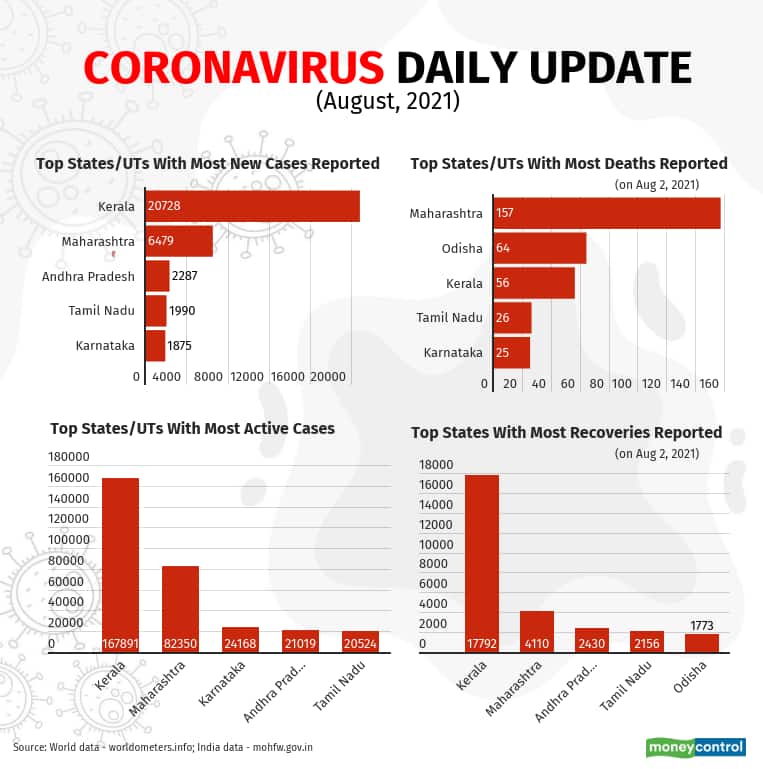 Maharashtra reported the most 157 new deaths followed by Odisha (64), Kerala 56, Tamil Nadu 26 and Karnataka 25. These five states account for 78 percent of all deaths reported in the country. 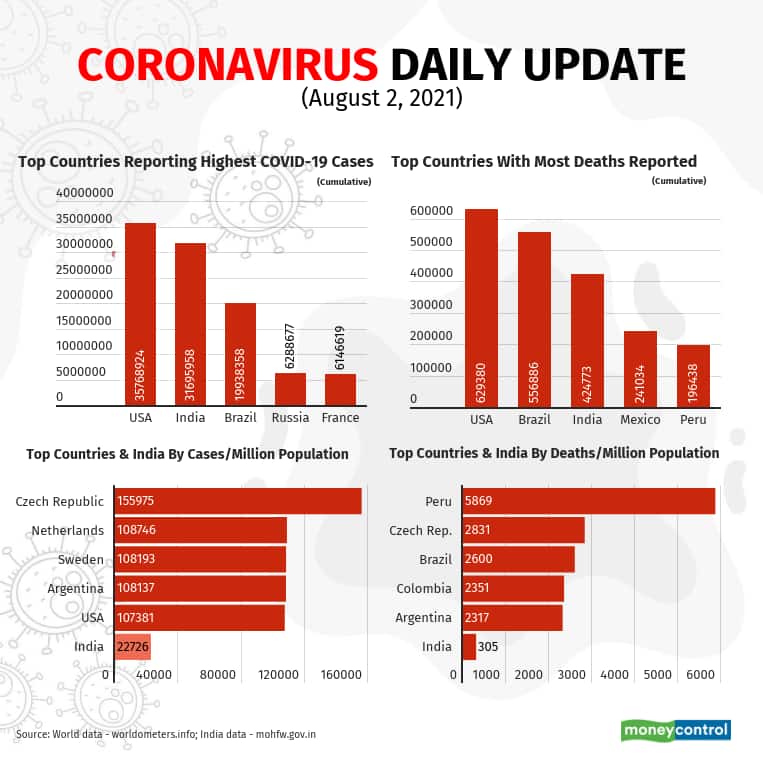 Globally, more than 19.90 crore COVID-19 cases have been recorded with over 42.40 lakh deaths. Active cases across the world rose to 1.51 crore as on date, with the US accounting for the most (36 percent). India accounted for 3 percent of the caseload.
Moneycontrol News
Tags: #cases #coronavirus #COVID19 #deaths #India #vaccination
first published: Aug 2, 2021 11:45 am