Healthcare worker Hemaben Raval collects a swab for a rapid antigen test from a farmer in his field, during a door-to-door vaccination drive amid the ongoing coronavirus disease (COVID-19) outbreak in Banaskantha district in the western state of Gujarat. (Representative image: Reuters)

As many as 555 new deaths were reported in the last 24 hours, new recoveries at 42,360 in the same period, the latest release showed. 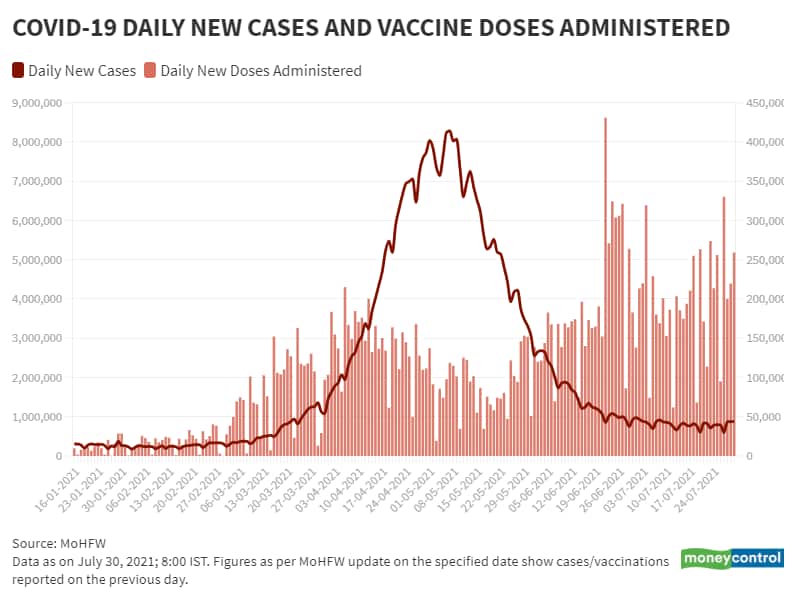 Of the total vaccinations administered to date, 78 percent are recipients of their first dose while 22 percent have received the second dose. Among states, Uttar Pradesh administered the most (cumulative) vaccine doses at 4.68 crore, followed by Maharashtra at 4.31 crore and Gujarat at 3.26 crore. 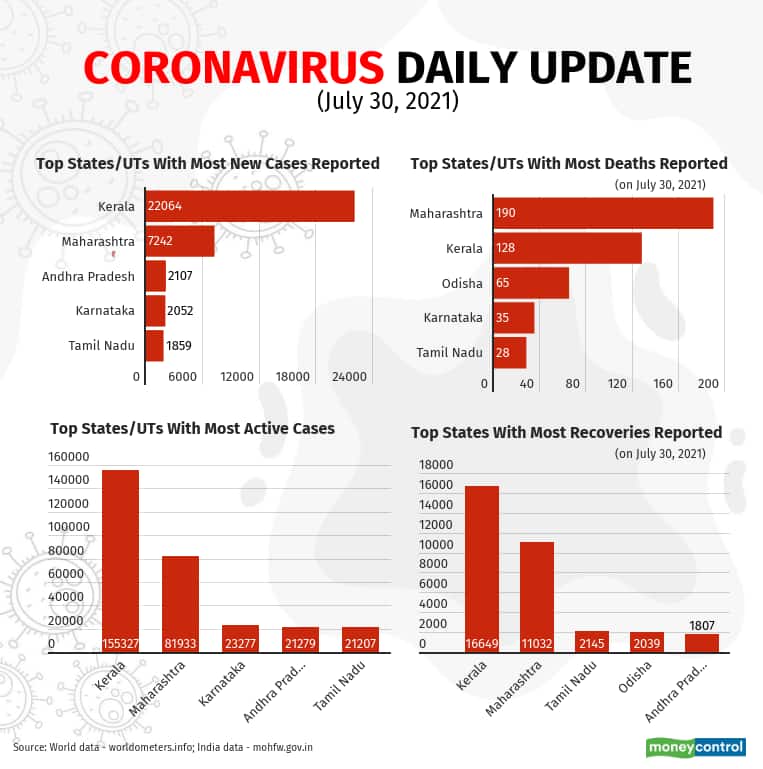 Maharashtra reported the most 190 new deaths, as per the July 30 update, followed by Kerala (128), Odisha (65), Karnataka (35) and Tamil Nadu (28). These five states account for 80 percent of all deaths reported in the country.