Over 36 lakh vaccine doses were administered in the country on June 29, with over 33.2 crore doses having been administered till date

India’s COVID-19 tally crossed the 3.03-crore mark with 45,951 new cases being reported in the previous 24 hours, the health ministry’s June 30 update suggested. New cases were below 50,000 for the third consecutive day.

As many as 817 new deaths were reported (lowest in 81 days) in the 24-hour period. New recoveries were 60,729 during the same period, the latest data showed. Recoveries outnumber the daily new cases for the 48th consecutive day.

Of the total vaccinations administered to date, 82 percent are recipients of their first dose while 18 percent have received the second dose. Among states, Maharashtra has administered the most (cumulative) vaccine doses so far at 3.22 crore, followed by Uttar Pradesh at 3.12 crore and Gujarat at 2.54 crore. 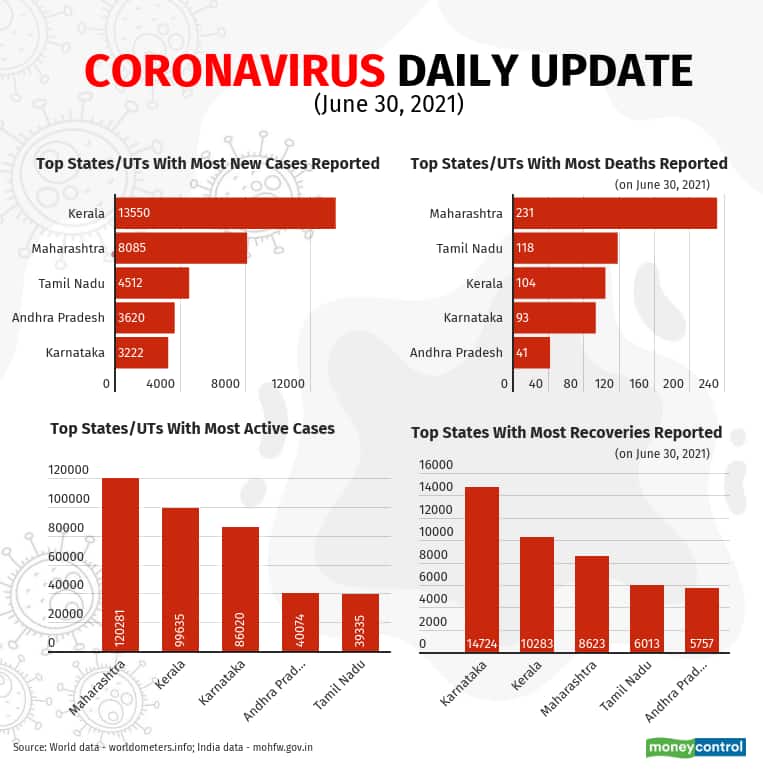 Maharashtra reported the most 231 new deaths, as per the June 30 update, followed by Tamil Nadu (118), Kerala (104), Karnataka (93) and Andhra Pradesh (41). These five states account for 72 percent of all the new deaths reported in the country.

Andaman and Nicobar Islands, Dadra and Nagar Haveli/Daman and Diu, Ladakh, Lakshadweep, Mizoram and Nagaland did not report any deaths during the period. 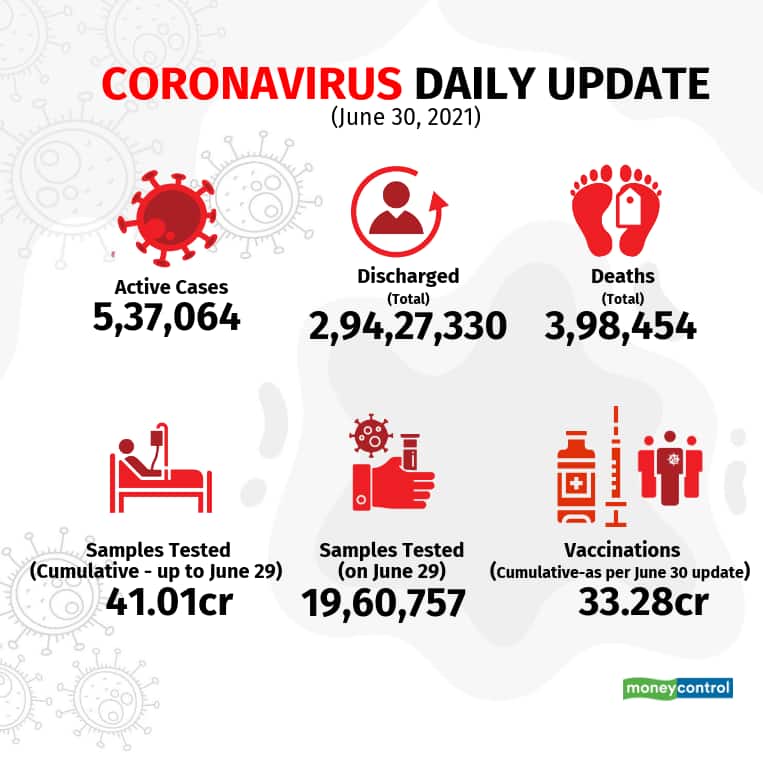 Total COVID-19 deaths in India now stand at 3.98 lakh as per June 30 update. The mortality rate is now at 1.3 percent with Punjab reporting the highest (2.7 percent). Over 19 lakh daily tests reported on June 29 with more than 41.01 crore tests carried out to date. Globally, more than 18.25 crore COVID-19 cases have been recorded to date with 39.53 lakh deaths. Active cases across the world now stand at 1.14 crore as on date with the US accounting for the most (43 percent), followed by India (5 percent).