Heavy smog came back to choke Delhiites as the city woke up to ‘severe' air quality on Tuesday as pollution levels breached the permissible standards by multiple times.

The rapid fall in air quality and visibility began last evening itself as moisture combined with pollutants shrouded the city in a thick cover of haze.

By 10 am, the Central Pollution Control Board (CPCB) recorded 'severe' air quality, meaning the intensity of pollution was extreme. Almost all stations tracking the pollution level in the city marked the air quality as hazardous. 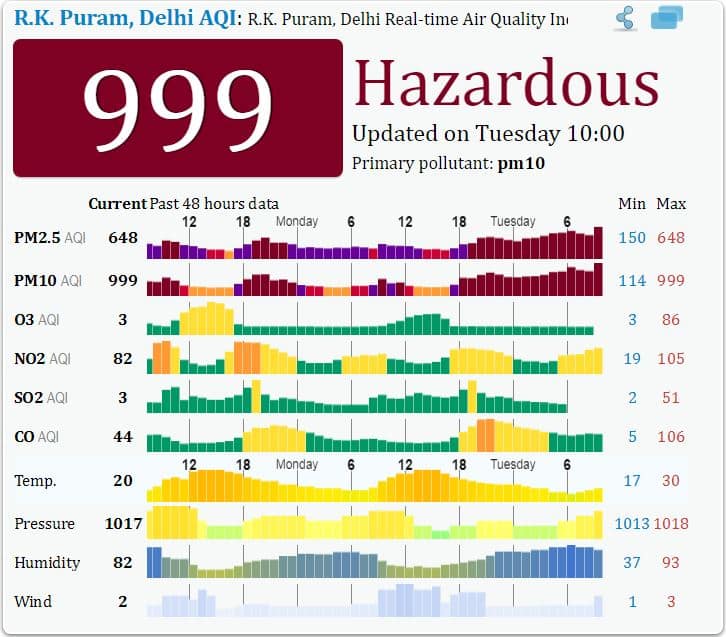 AQI 999 usually indicates that air quality is so bad that it is beyond the scale. Source: aqicn.org

He also 'requested' his deputy and education minister Manish Sisodia to "shut the schools for a few days."

The forecast for next couple of days don’t seem to come as a respite as well as the indicators are expected to be in the ‘hazardous’ range. 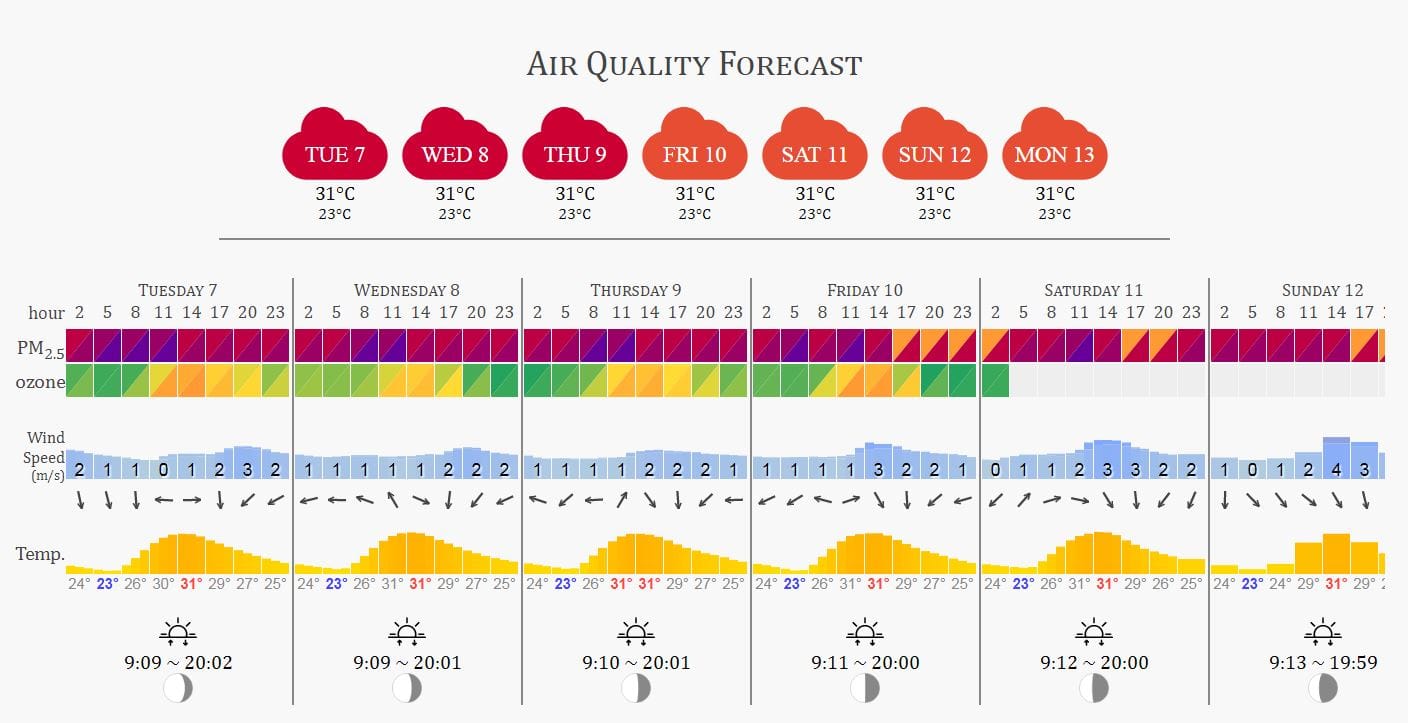 The redder the cloud/square in the picture, more severe the air quality is expected. Source: aqicn.org

The CPCB has said high moisture level in the air has trapped emission from local sources and hanging low over the city in the absence of wind.

This shows the quality of air recorded at 11 am on November 7. If you zoom on to Delhi, most of the city is marked black as the air quality of the city is recorded as 'Beyond Scale', signifying a very high concentration of particulate matter. Source: Berkeley Earth

In light of the sudden dip, measures under the Graded Response Action Plan (GRAP) such as a four times hike in parking fees may be rolled out by the Supreme Court-mandated Environment Pollution Prevention and Control Authority.

If the situation deteriorates further and persists for at least 48 hours, the task force under the GRAP will mull shutting schools and enforcing the odd-even car rationing scheme.

Also Read: Delhiites may soon have to pay for parking outside their homes

The CPCB also recorded 'severe' air quality in the neighbouring Noida and Ghaziabad. According to private weather forecasting agency Skymet, wind from neighbouring Punjab and Haryana, where paddy stubble burning is in full swing, has started entering the city during the afternoon hours.

Also Read: Here's how Delhi pollution has been in the past two years after Diwali

The last time air had turned 'severe' was on October 20, a day after Diwali festivities, when firecrackers were set off.

Reportedly, more than 20 flights have been delayed/affected due to runway closure and smog at Indira Gandhi International Airport.

Moneycontrol had earlier reported that the airport operator will be shutting down one of the three runways at the Delhi airport for surface repair work from November 7 to November 10.