Cyclone Vayu is likely to cross the Gujarat coast early morning of June 13, when it is expected to peak with wind speed of around 135 kmph.

A storm formed over the Arabian Sea, close to the Lakshadweep islands, intensified into a deep depression on June 10. It is likely to strengthen into a severe cyclonic storm by June 12.

According to the IMD, Cyclone Vayu was around 630 kilometres south-southwest off Mumbai, Maharashtra at 11.30 pm on June 10. It is likely to cross the Gujarat coast early morning on June 13, the IMD added. The storm is expected to peak on June 13 when the wind speed could reach 135 kilometres per hour (kmph).

The IMD has issued an “orange” alert for Cyclone Vayu, indicating that it does not expect the storm to cause much damage on land. However, the warning means that fishermen have been warned not to venture into the sea till the storm subsides. An advancement of the storm is likely to stall monsoon further in northern parts of India. 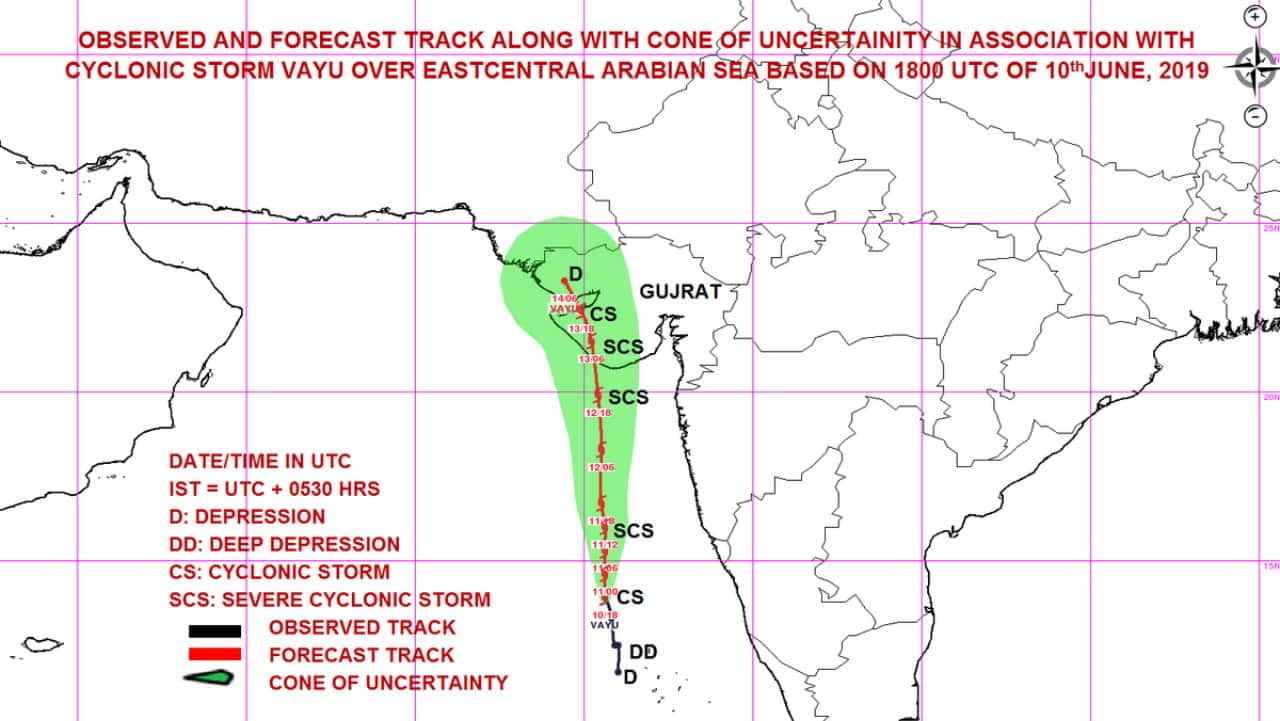 Gujarat has been put on alert. The state government has decided to deploy 15 teams of the National Disaster Response Force (NDRF) in coastal areas of Saurashtra and Kutch from June 11 morning.

The severe cyclonic storm is likely to cause heavy rains and winds in the coastal districts of Saurashtra, such as Amreli, Dwarka, Bhavnagar, Jamnagar, Junagadh, Porbandar and Kutch.

The government has also put the Army, the Navy and the Coast Guard on alert.