India’s COVID-19 case tally has breached 1.21 crore with 53,480 new cases, as per the health ministry’s March 31 update. India reported the highest novel coronavirus cases after the US and Brazil, accounting for 9 percent of the world's total cases.

India reported 354 new deaths and 41,280 new recoveries in the last 24 hours, the latest release showed. More than 6.30 crore vaccinations have been administered across India, according to the March 31 update, with 19,40,999 new vaccinations reported in a day.

Of the total vaccinations administered to date, 86 percent are recipients of their first dose while 14 percent have received the second dose. Among states, Maharashtra has administered the most 5.99 million vaccine doses, followed by Rajasthan (5.58 million) and Gujarat (5.82 million). 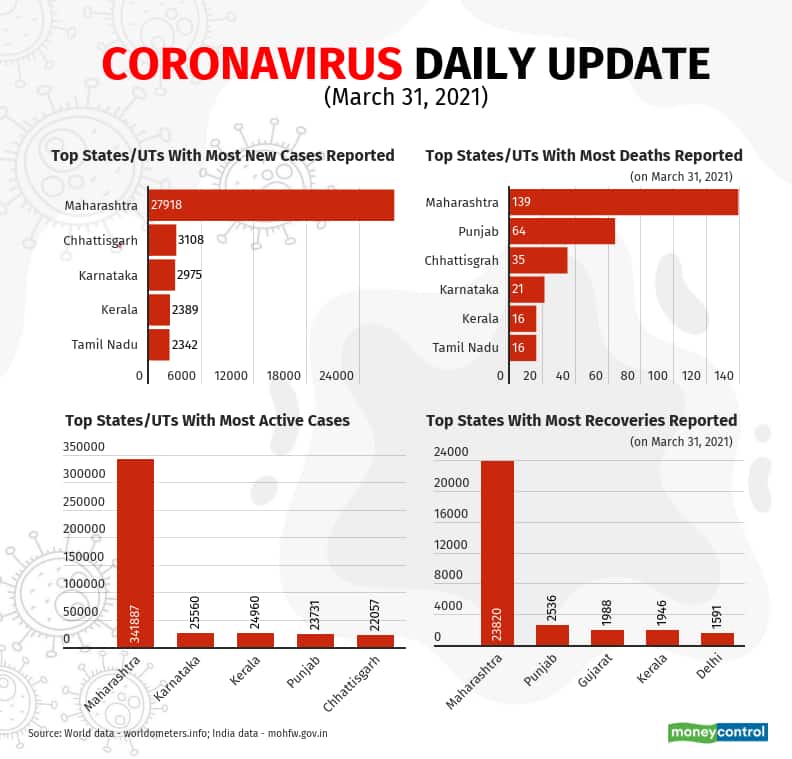 Maharashtra reported the most 139 new deaths, followed by Punjab (64), Chhattisgarh (35), Karnataka (21), Kerala (16) and Tamil Nadu (16). These six states account for 82 percent of all the new deaths reported across the country.

About 15 states and union territories did not report any deaths today. These include Andaman and Nicobar, Arunachal Pradesh, Assam, Dadra and Nagar Haveli/Daman and Diu, Ladakh, Lakshadweep, Manipur, Meghalaya, Mizoram, Nagaland, Odisha, Rajasthan, Sikkim and Tripura. 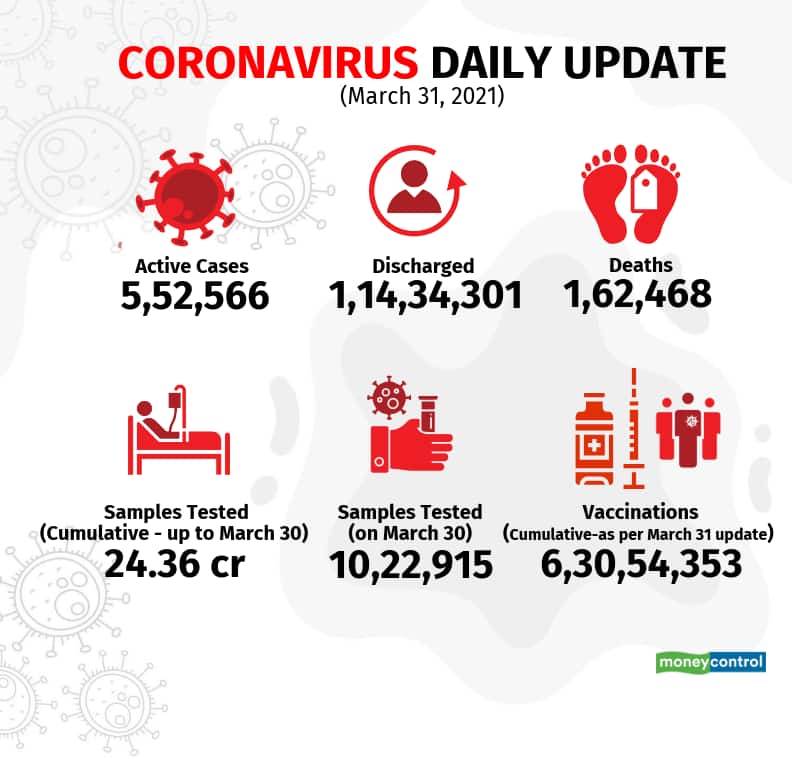 The total recoveries in India are now over 1.14 crore while total deaths now stand at 1,62,468 as per March 31 update. The mortality rate in the country slides to 1.3 percent with Punjab reporting the highest (2.9 percent). More than 10 lakh daily tests reported as of March 30 with more than 24.36 crore tests carried out to date. 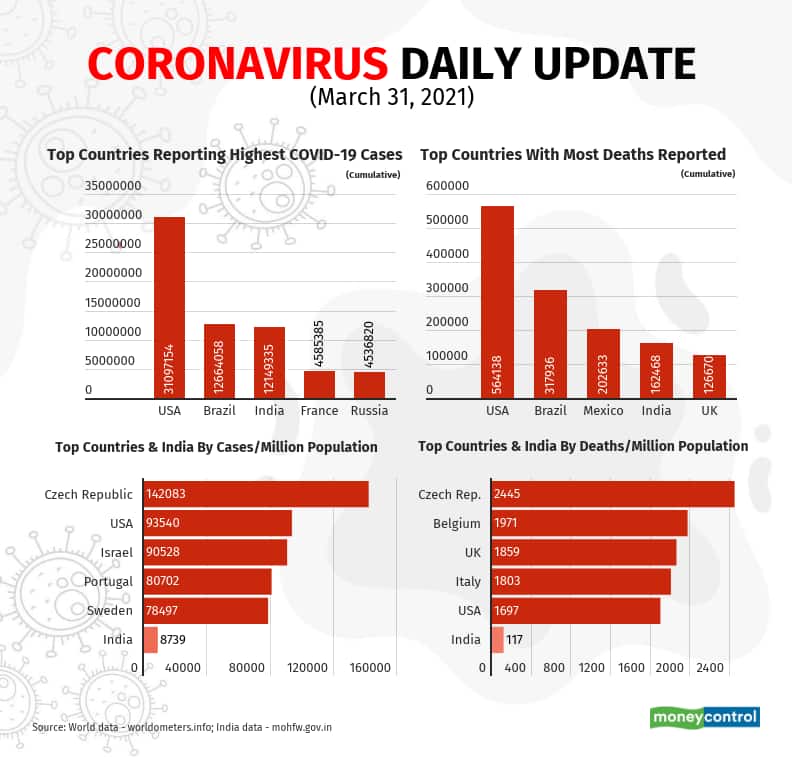