Money was allegedly routed through dubious companies and parked outside India, to acquire assets

The siphoning off was primarily carried out through grants of loans and advances to shell companies and by using other means, Cobrapost claimed.

Money was allegedly routed through the dubious companies and parked outside India, to acquire assets.

The money has been used to buy shares/equity and other private assets in India, and abroad, including in countries like UK, Dubai (United Arab Emirates), Sri Lanka and Mauritius, Cobrapost has alleged, according to the press release.

Cobrapost has claimed that the shell companies and the destinations of the siphoned-off money are linked to or owned by promoters of DHFL -- the Wadhawans. It has alleged that around Rs 21,477 crore of DHFL’s funds were transferred into multiple shell companies as loans and investments without any declarations to the Ministry of Corporate Affairs.

Refuting the allegations, DHFL said the entity is regulated by the National Housing Bank (NHB) and the Securities and Exchange Board of India (SEBI), among other regulators.

It termed Cobrapost’s intent a ‘mischievous misadventure’ done with a “mala fide intent to cause damage to the goodwill and reputation of DHFL and resulting in erosion in shareholder value.”

It stated: “We understand, for the last several weeks, an anonymous note has been making the rounds with similar defamatory and scurrilous allegations. The real intent of this exercise appears to be to destabilise the company and the market equilibrium besides hampering our meeting the on-going obligations. We are also concerned about the timing and the holding of the press conference before the stock market close and days before the interim budget.”

It also said that Cobrapost did not give it adequate time to respond to the allegations. “DHFL received an email at 8.44 am on January 29, with a follow-up reminder one hour later, seeking answers to 64 questions, many of which were laced with political innuendos. We are shocked and surprised to receive this inquiry, although Cobrapost had announced its press conference on January 25 to disclose an alleged financial scam. These questions should have been asked during their investigations and not on the day of the press conference,” DHFL added. 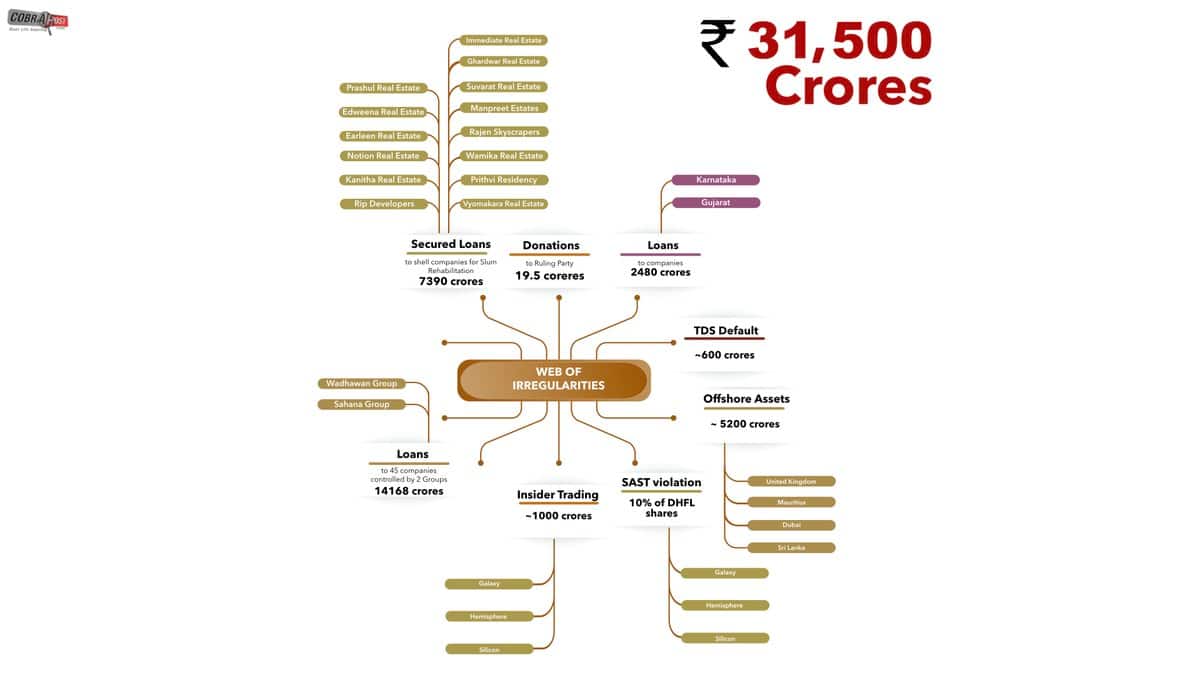 Cobrapost has accused that the non-banking financial corporation (NBFC) under-reported donations of around Rs 20 crore to the ruling Bharatiya Janata Party (BJP).

The expose is reportedly based on company records and other official documents. Moneycontrol could not independently verify the report.