The government said in a statement that foreigners who participated in the event had violated visa conditions.

The Centre has asked states to initiate action against the foreigners who attended the Tablighi Jamaat event as well as its organisers, for violation of visa conditions.

The Cabinet Secretary, in a meeting via video conferencing with all the Chief Secretaries and DGPs of states, also asked them to complete the contact tracing process on a war footing.

The gathering at Markaz in Nizamuddin West, the Delhi headquarters of the Tabligh-e-Jamaat was held earlier in March. Around 2,000 people, including foreigners, were in attendance at the event. The Markaz has now emerged as a hotspot of the novel coronavirus after a large number of people tested positive for the infection. 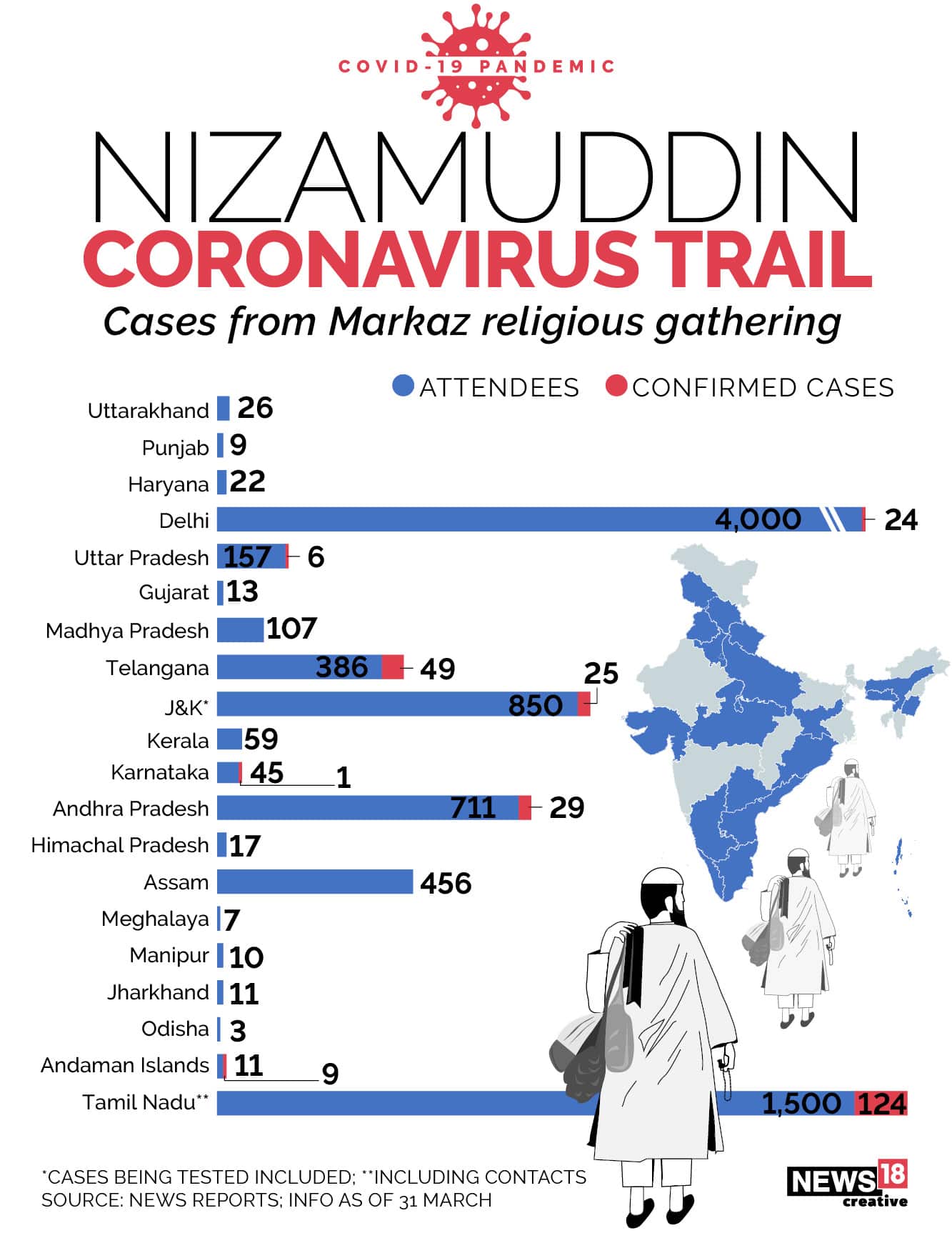 The police on March 31 registered an FIR against Maulana Saad of the Nizamuddin centre under sections of Epidemic Disease Act and the Indian Penal Code for violating government orders on the management of the Markaz in relation to social, political or religious gathering.

Also Read | Coronavirus spread at Nizamuddin: Here is what central, state govts have done so far

The Home Ministry earlier said a total of 303 Tablighi activists had symptoms of COVID-19 and were referred to different hospitals in Delhi.

In a statement, the Home Ministry also said so far 1,339 Tabligh Jamaat workers have been shifted to Narela, Sultanpuri, and Bakkarwala quarantine facilities, as well as to LNJP, RGSS, GTB, DDU Hospitals in Delhi and AllMS, Jhajjar (Haryana). The rest of them are being screened for coronavirus.