Former Chief Economic Advisor Arvind Subramanian, in his new book Of Counsel: The Challenges of the Modi-Jaitley Economy, attempts to explain why demonetisation was seen as a political success soon after its implementation.

Former Chief Economic Advisor Arvind Subramanian, in his new book Of Counsel: The Challenges of the Modi-Jaitley Economy, attempts to explain why demonetisation was seen as a political success soon after its implementation. Excerpts have been reproduced with permission from Penguin Books India.

At the time (early 2017), the election in Uttar Pradesh—India’s most populous state and the world’s eighth-largest ‘country-that-isn’t’—was widely seen as a verdict on demonetization, arguably the salient policy action of the government, personally and forcefully articulated by the prime minister.

The demonetization experiment speaks to the more pervasive and fascinating global phenomenon of What’s the Matter with Kansas?, the title of a famous book by American historian Thomas Frank. This book explores the apparent paradox of citizens voting against their economic self-interest. For example, why do poor white males vote for the Republican Party and President Trump when the policy agenda either has no benefits to them (tax cuts for the rich) or is positively harmful (undermining Obamacare and welfare benefits more broadly)? That same question seemed relevant after the resounding victory of the NDA government in the UP election. This particular piece is an attempt to understand that result as a disinterested observer armed only with publicly known facts. It is not an explanation of the motives of demonetization, simply a post facto analysis of one apparently fascinating political outcome associated with it.

How could demonetization that is supposed to have adversely affected so many Indians—the scores of millions dependent on the cash economy—be so resoundingly supported by the policy’s very (and numerous) victims? I offer the controversial hypothesis that imposing large costs on a wide cross-section of people (and the fact that the Rs 500 and not just the Rs 1000 note was demonetized increased the scope and scale of demonetization’s impact), unexpected and unintentional though it may have been, could actually have been indispensable to achieve political success.

The canonical political economy model of trade explains the persistence of protectionism in terms of an imbalance between the gainers and losers. Protection—which raises domestic prices—helps a few domestic producers a lot while diffusing the harm among many consumers, each of whom loses only a little.

Producers, therefore, have both an incentive and ability to lobby for protection, while individual consumers have little incentive to lobby against it. The demonetization case has been very different: hardship was imposed on many and possibly to a great extent, and yet they appear to have been its greatest cheerleaders. 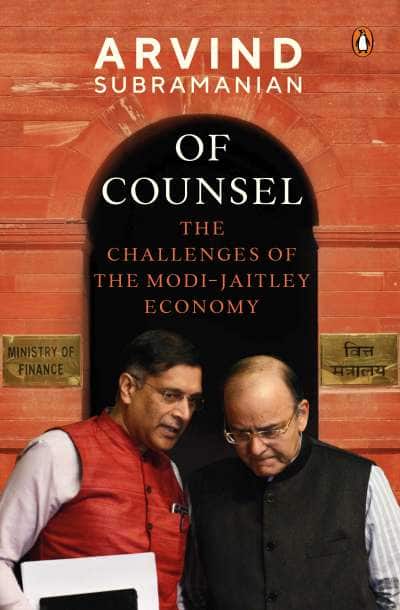 One answer to the demonetization puzzle has been that the poor were willing to overlook their own hardship, knowing that the rich and their ill-begotten wealth were experiencing even greater hardship: ‘I lost a goat but they lost their cows.’ In this view, the costs to the poor were unavoidable collateral damage that had to be incurred for attaining a larger goal.

This is not entirely convincing. After all, the collateral damage was in fact avoidable. Anti-elite populism, or ‘rich bashing’, as the Economist put it, could have taken the form of other punitive actions—taxation, appropriation, raids—targeted just at the corrupt rich. Why entangle the innocent masses and impoverish them in the bargain? As I wrote in the Economic Survey of 2016–17, if subsidies are a highly inefficient way of transferring resources to the poor, demonetization seemed a highly inefficient way of taking resources away from the rich.

Understanding the political economy of demonetization may require us, therefore, to confront one overlooked possibility—that adversely impacting the many, far from being a bug, could perhaps have been a feature of the policy action. Not necessarily by design or in real time, but in retrospect it appears that impacting the many adversely may have been intrinsic to the success of the policy. Consider why.

First, the breadth of impact could have been a credibility signalling device. The American economist Thomas Schelling famously argued that to convince the public or opponents of the credibility of one’s actions, costs must be incurred. It cannot be done cheaply. Hernan Cortes, the first conquistador, is said to have destroyed all his ships after landing in Mexico to motivate his fellow soldiers to fight boldly because there was no possibility of return. By imposing near-universal costs, demonetization could similarly have been a device to signal regime change against black money in particular, and the corrupt rich, more broadly.

If a regime could incur such enormous costs, it could surely follow up through similar actions against corruption. Indeed, to demonstrate that the measure was bold and hence more likely to be effective, the felt costs may have had to be high.

Second, the breadth and depth of impact could have served as another signalling purpose. In order to be credible, the masses must somehow be led to believe that the corrupt had been hurt.

With demonetization, this may not have been easy to do, at least in the short-run. How better to convince the masses that the corrupt rich were being hit hard than to hit hard the masses themselves?

‘If it hurts me so much, it must hurt the rich immeasurably more’ could have been the thought process of the typical victim.

Third, the near universality of impact created a sense of solidarity. Sparing some groups would have undermined this spirit and raised questions about the good faith and legitimacy of the policymakers, who could have been seen as favouring some while hurting others. If only a few had been adversely affected in the demonetization process, they would have mobilized and from trade theory we know that their incentives to do so would have been great.

Moreover, if only a few had been affected, suspicion would have arisen about those who were spared: did they have connections?

Were they possibly even ‘in’ on the decision? Did they contribute as quid pro quo for being spared? By impacting the many, these difficult decisions were avoided. In the light of the zeitgeist of stigmatized capitalism, such questions would invariably have been raised and would have been politically awkward.

Fourth, and a related point, is cultural. One legacy of Mahatma Gandhi was to inculcate a spirit of sacrifice as a necessary condition for achieving a larger, loftier objective. Especially if there is a shared recognition that eliminating black money is not an easy task because it has been around for seventy years, the need for sacrifice—and shared sacrifice—could only be enhanced.
Moneycontrol News
Tags: #Arvind Subramanian #Business #demonetisation #GDP
first published: Nov 29, 2018 11:12 am