In Charts | What do the RBI surveys tell us on consumer confidence and household inflation expectations?

Consumer confidence has dipped while households’ inflation expectation has increased, the central bank's latest survey shows. The higher expectation of increase in general prices and inflation was led by the food and services groups.

The Reserve Bank of India on April 7 released results of the forward-looking surveys on consumer confidence, inflation expectation and industrial outlook. Here's a simple explainer using charts that decodes the survey findings:

Consumer confidence weakened further on the back of deteriorating sentiments on the general economic situation, income and prices. 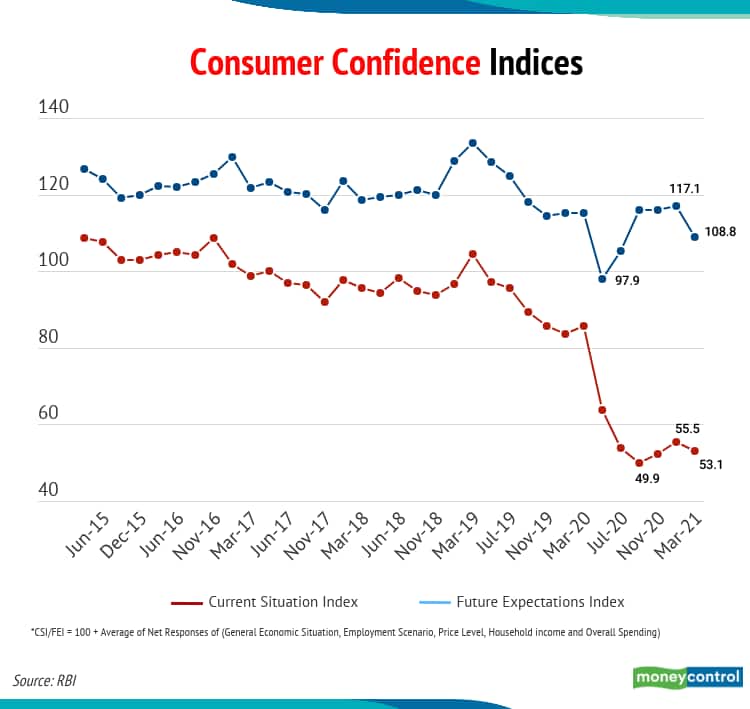 Respondents expressed lower optimism for the year ahead, which was reflected in the future expectations index. One-year ahead sentiments on all major parameters except prices, however, remained in positive terrain, the RBI survey in the March round showed. 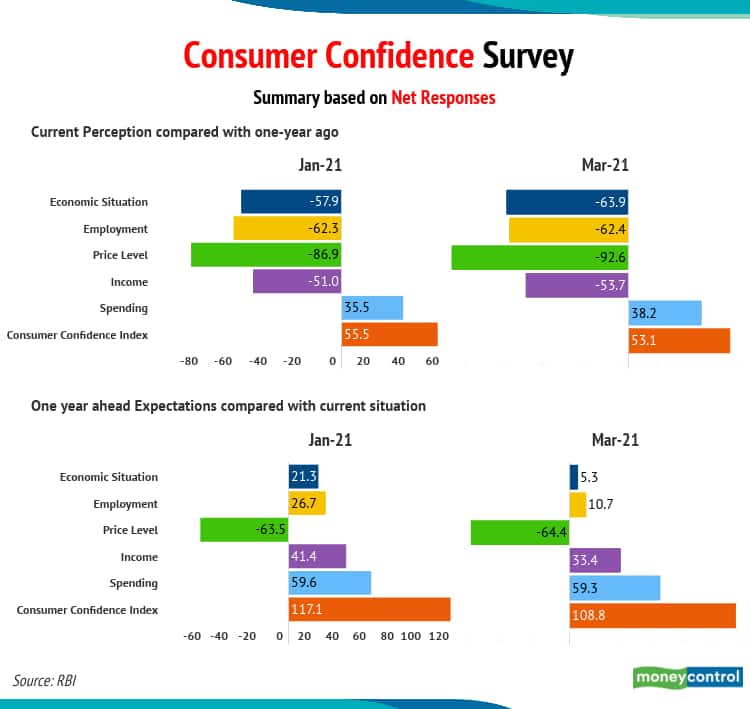 With higher essential spending vis-a-vis a year ago, most consumers reported higher overall expenditure, which is expected to increase further in the coming year despite continuing moderation in discretionary spending, the RBI said.

Household Inflation Expectation:  According to the RBI survey, households’ median inflation perception for the current period as well as three months ahead expectation increased by 50 basis points (bps) and 80 bps, respectively, as compared to the January 2021 round. Median inflation expectations for one year ahead remained at an elevated level. 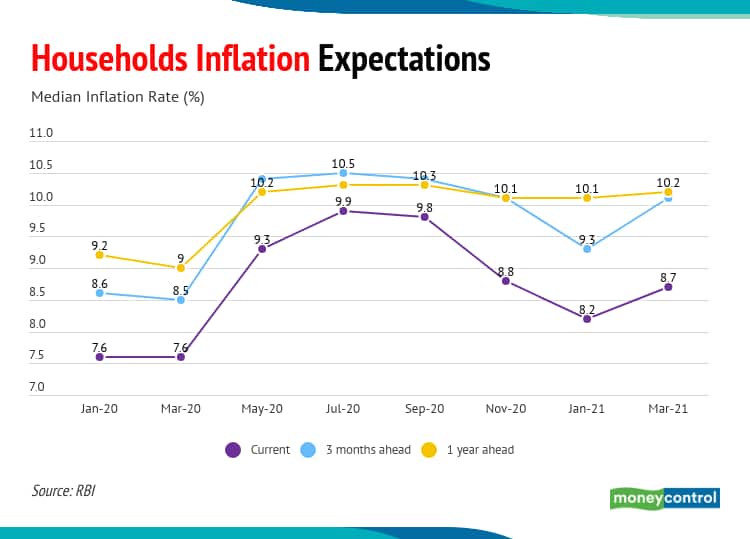 Industrial Outlook: Indian manufacturers perceive further improvement in production and overall business situation in the second and third quarter of the financial year 2022, according to the RBI's latest industrial outlook survey. While respondents expect the capacity utilisation and employment conditions to improve, the input cost pressure to continue, albeit with marginal easing, and selling prices to harden gradually. 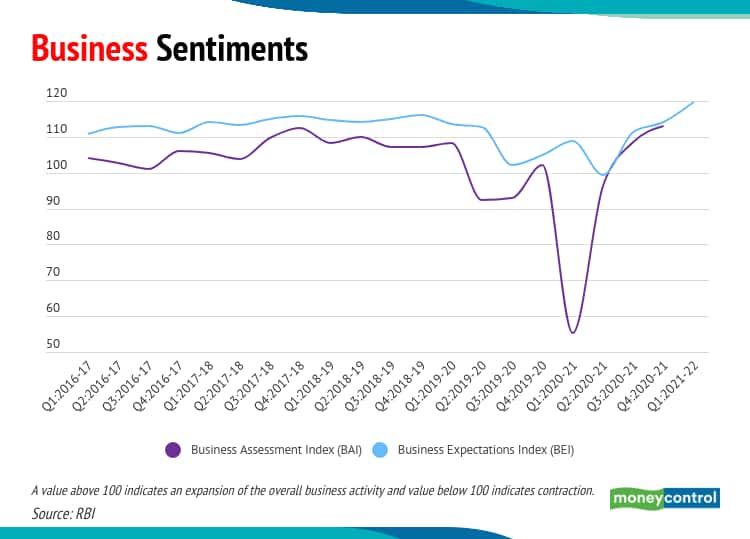