19.6OUT! CAUGHT! No Super Over! ENGLAND WIN THE GAME BY 2 RUNS! Fortuin is caught off the last ball. This delivery though reminded me of the 2007 WT20 Final. Fortuin played the same shot which Misbah did. He shuffled right across and tried to paddle scoop it but there was absolutely no pace on this delivery. He only managed to hit it high up in the air towards the fielder there. Rashid takes a good catch. England have started celebrating but the umpire wants to check if Rashid was in the ring when the ball was bowled. Replays roll in and they show he was inside the ring when the ball was bowled but, but, excellent presence of mind from him. He started running back as soon as he saw BF get into position to play that shot and in the end, it went straight to where he was standing.

19.5OUT! Impact umpire's call! Wickets hitting umpire's call and the decision stays. South Africa need 3 from the last ball. Exactly what England needed in the last game. Curran bowls one more yorker this time. Pretorius shuffles across and looks to flick but misses. He gets hit on the pads. An appeal and up goes the finger. Pretorius is walking back disappointed. However, both his captain from the dressing room and van der Dussen want it to be reviewed. Pretorius does take it. Replays roll in and Ultra Edge shows a spike as the ball passes the bat. That though was of the ball hitting the ground. They move forward and it shows that the on-field call stays. An excellent knock from Pretorius comes to an end. Heartbreak for him but he really played well.

19.4NOT OUT! A brilliant dive from Pretorius saves him. This is a yorker on middle. Pretorius works it through mid-wicket. They take one and go for the second. Stokes picks the ball up and fires it to the keeper. He whips the bails off. Not a big appeal from the English players but it is still taken upstairs. Replays roll in and the umpire has a look at a few of them as the bat seems to be in the air when inside the crease. However, it is grounded before and hence, it is ruled in the favor of the batter. 3 needed in 2.

19.3FOUR! 5 needed in 3 now! Pretorius you beauty! Curran offers width now and bowls it wide outside off. DP reaches out for it and hits it wide of the fielder at sweeper cover and bags a boundary. Pretorius is absolutely pumped up.

19.2SIX! The early biggie which South Africa needed in the over. 9 needed in 4 balls. You have to favor the batting side now, right? One more slower one and this time it is on a length. Pretorius was waiting for it. He tonks it over the long on fence for a huge one.

19.1A dot to begin! A lovely slower one outside off. Pretorius is done in by the pace. He swings way too early and misses.

18.5EDGY FOUR! Handy, handy boundary! South Africa won't care how they come as long as they do. A full toss outside off. Pretorius swings but it goes off the outside edge and to the third man fence.

18.4Another two! 20 needed in 8 now! One more yorker. DP looks to jam it out but it goes off the inner half through mid-wicket for a brace.

18.3Tremendous stuff! Good running though! A yorker on middle, it is jammed out towards mid-wicket and the batters take two. 22 needed in 9 balls. Need a big hit do the hosts.

18.2Just a single! Jordan though gets away with one there! A full toss on middle, van der Dussen looks to go big but it is a little too quick. He mistimes it high up in the air but it lands safe in the mid on region. A single.

18.1Dropped! He actually saved a boundary there! It was clobbered! A full ball around off, Pretorius smashes it towards Jordan who sticks his left hand out but it does not stick again. A single as the ball rolls on the off side.

17.5FOUR! 26 needed now in 13. South Africa back in the game! A very full ball outside off, van der Dussen smashes it through covers and it races away to the fence. Still a ball to go, can he end it well?

17.4SIX! Van der Dussen is not going down without a fight! This game is not done yet. 30 needed in 14. Full and on the pads, right in the zone. Van der Dussen flicks it way over the mid-wicket fence for a huge one.

17.4WIDE! Down the leg side, van der Dussen looks to flick but misses.

17.3SIX! Out of the ground! Wood misses the yorker and ends up serving a full toss. Van der Dussen sends it sailing over the long off fence for a biggie. 37 in 15, can he end the over brilliantly? Two balls to go.

17.2One more yorker on the pads, DP squirts it out towards deep square leg for one. Singles are something England won't mind.

17.1Another delivery which is extremely full, not easy to hit those. The batter only manages to hit it towards cover for one. 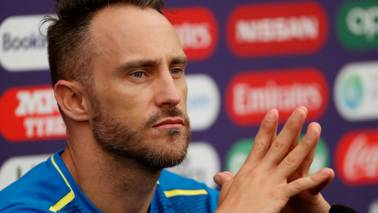 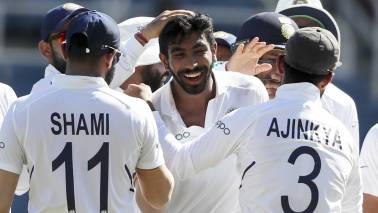 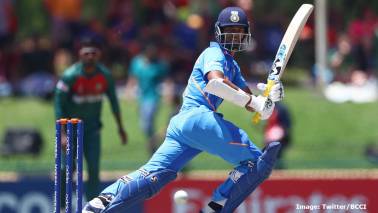 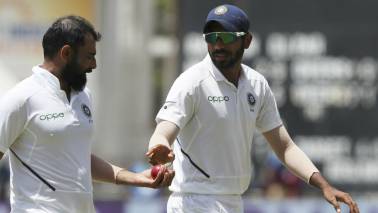 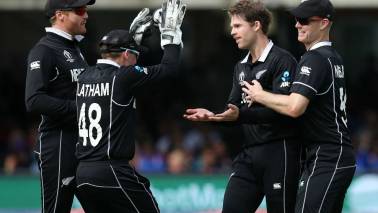 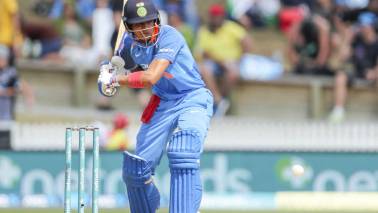 India vs New Zealand: Shubman Gill says there is no fight for spot with Prithvi Shaw