Dream 11 Fantasy Team Prediction PBKS vs CSK: It is match day No 8 in this edition of the IPL. The Chennai Super Kings (CSK) take on the Punjab Kings (PBKS) at the Wankhede Stadium in Mumbai. Chennai will look to register their first win of the season while a win for PBKS will take them to the top spot on the points table.

Both teams have faced each other 23 times with Chennai winning 14 of them. But the Dhoni-led team has had a slump in form after a horrid season in the previous edition of the IPL. 'Captain Cool' will have to play a major role if their to beat a strong PBKS side led by an in-form KL Rahul. With Gayle also finding his groove, it will be a tough ask for CSK to tame the Punjab top order. CSK are by no means a lighter side and pack some heavyweights in their lineup, but will need to fire on all cylinders if they are to register their first win of the season. 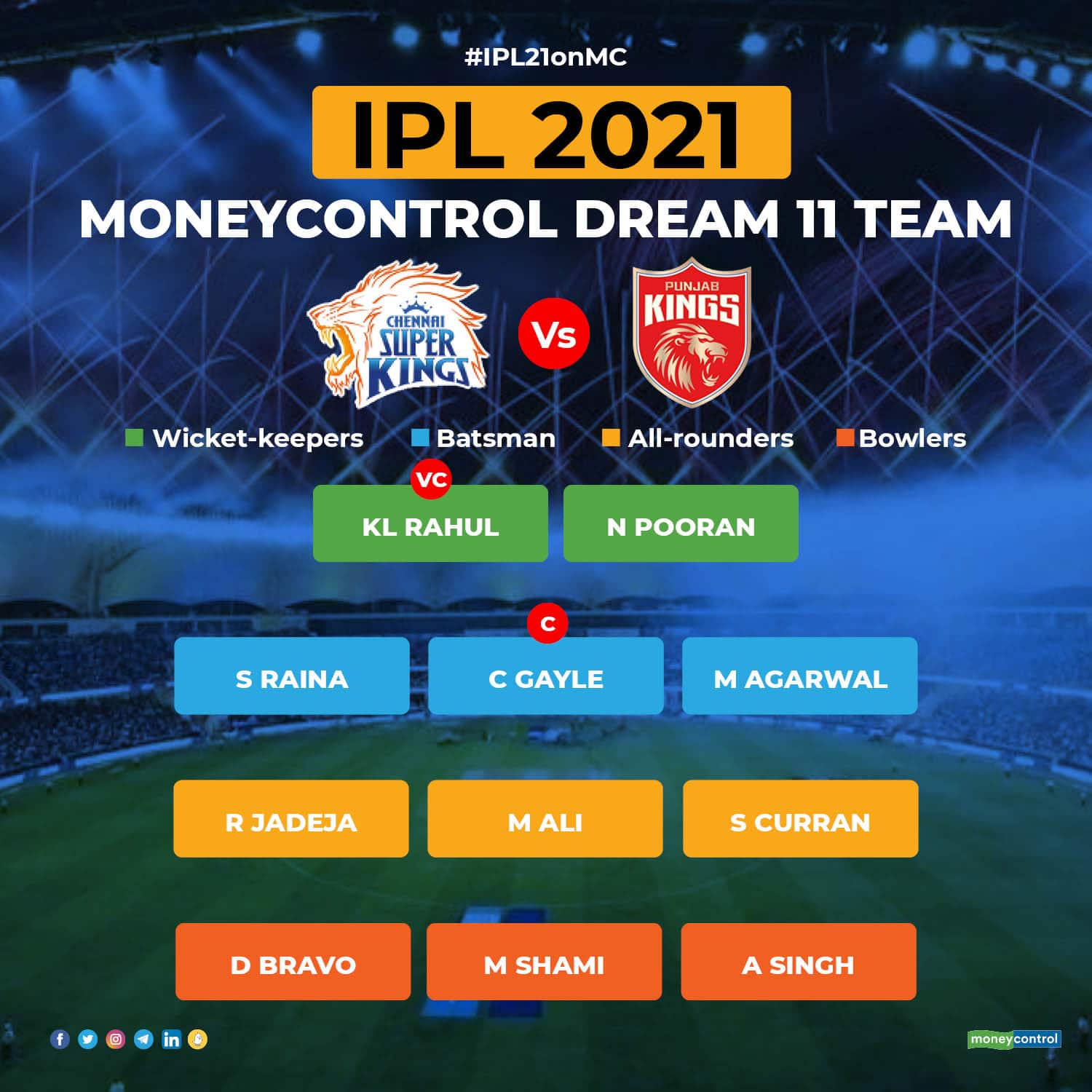