An intriguing battle is on hand with the Indian team favourite to add the ODI series to the T20I win but the unpredictable West Indies can spring a surprise or two.

Captain Virat Kohli along with his dynamic opening duo of Rohit Sharma and KL Rahul have been in imperious form off late as they showed in the T20I series where they tormented the West Indies attack. Now the lethal trio will train their guns once again on the Windies as the two sides square off in a three-match ODI rubber starting on December 15 in Chennai .

The no. 2 ranked ODI squad on the ICC rankings will be looking for their 10th straight bilateral ODI series win against their Caribbean counterparts who are way down in the rankings on 9th spot.

However, India will be wary of the weather playing spoilsport with rains hitting the MA Chidambaram Stadium in the last 24 hours.

Where to watch: The match starts 1.30 PM IST. It will be broadcast live on Star Sports 1 and Star Sports 1 HD. Online viewers can catch the action on Hotstar.

India have also been hit by a setback just a day before the 1st ODI as news broke that seamer Bhuvneshwar Kumar has been ruled out of the series with an injury. Bhuvneshwar is out with a groin problem and joins Shikhar Dhawan on the treatment table as the opener is yet to recover from the injury he suffered during the Syed Mushtaq Ali Trophy tournament.

Mumbai's Shardul Thakur, who plays for Chennai Super Kings in the IPL, has been called up as the replacement for the injured Bhuvneshwar.

Kohli's men have the momentum after winning the T20 series with a splendid batting performance in Mumbai where Rohit Sharma and K L Rahul, who is expected to continue as the opener in the absence of Dhawan, and the captain himself displayed terrific form.

It remains to be seen if the team decides to hand Mayank Agarwal a debut after he was drafted in as replacement for Dhawan. The Karnataka batsman has been in top form in the Tests and has joined the national team after featuring in the Ranji game against Tamil Nadu in Dindigul.

Shreyas Iyer has done well in the opportunities he has received and is likely to be slotted at No. 4. Former captain Anil Kumble, too, has favoured the Mumbai player batting at No.4 in the ODI series against the the West Indies.

The position has been in the spotlight for a while now with several players being tried, including Ambati Rayudu and Vijay Shankar, and Iyer is in with a chance to make it his own.

The focus will be on wicketkeeper-batsman Rishabh Pant, who has been under fire for his unimpressive performances with the bat and the big gloves. The first ODI could be another chance for him to justify the faith shown by Kohli and the team management.

It will be interesting to see if the spin duo of Yuzvendra Chahal and Kuldeep Yadav reunite after last playing together in the World Cup, as the Chepauk surface is expected to aid the slow bowlers.

The experienced Mohammed Shami and Deepak Chahar will most probably form the pace attack and would face a stern test against the aggressive West Indies batting line-up.

The visitors will be hoping that big-hitting opener Evin Lewis, who suffered an injury while fielding in the Mumbai T20, will be able to play a part in the ODI leg of the tour. Team officials said he was being assessed ahead of the series opener.

The Windies batsmen have had a lot of success in the T20s thanks to their ultra-aggressive approach but ODIs will be a different ball game and as assistant coach Roddy Estwick stated the batters need to focus on rotating the strike, which they did well in the series against Afghanistan recently.

The onus will be on the WI batsmen to not only go on attack mode first up but also keep wickets in hand to accelerate in the back-end.

Shimron Hetmyer and Nicholas Pooran have showed their abilities in the shortest format and need to display the same in the 50-overs game too if the West Indies hopes to give India a run in this series.

All-rounder Roston Chase is likely to figure in the XI and could provide some stability to the line-up boasting of several power-hitters.

Skipper Kieron Pollard, who has a rather modest record in the ODIs, will have to lead by example and provide the thrust in the slog overs.

Sheldon Cottrell will lead the Caribbean bowling attack and will need to strike early if the team hopes to restrict a formidable Indian batting unit with Rohit, Kohli and Rahul in ominous form. The other pacers including former captain Jason Holder will have to step up as would the spinners.

Leggie Hayden Walsh Jr bowled well in the T20Is and has a big task at hand to contain Kohli & Co, known to be adept at tackling spinners.

An intriguing battle is on hand with the Indian team favourite to add the ODI series to the T20I win but the unpredictable West Indies can spring a surprise or two.

Conditions and Pitch: Heavy overnight rain meant India's training session on the eve of the opener was called off. The pitch at the MA Chidambaram stadium is known to assist spinners which will benefit India with the likes of Kuldeep and Chahal in the squad. 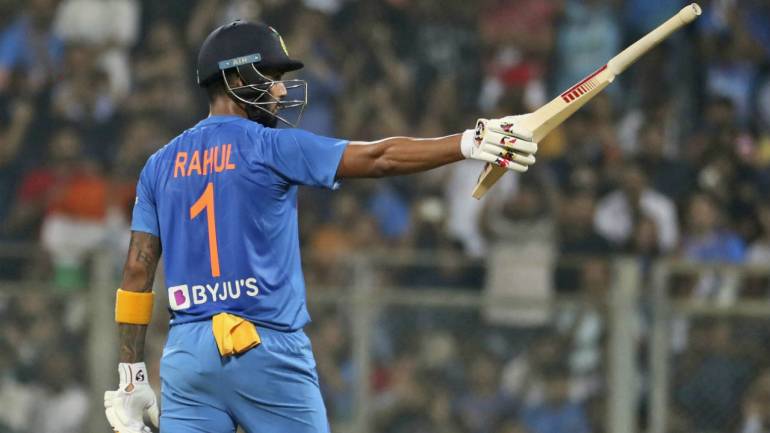 The Karnataka batsman has been lethal in the T20I leg of the tour with scores of 62, 11 and 91 in the three games. He was only promoted to the top of the order because of Dhawan's injury but Rahul has been quick to put in the performances and will be eager to impress in the ODIs as well. 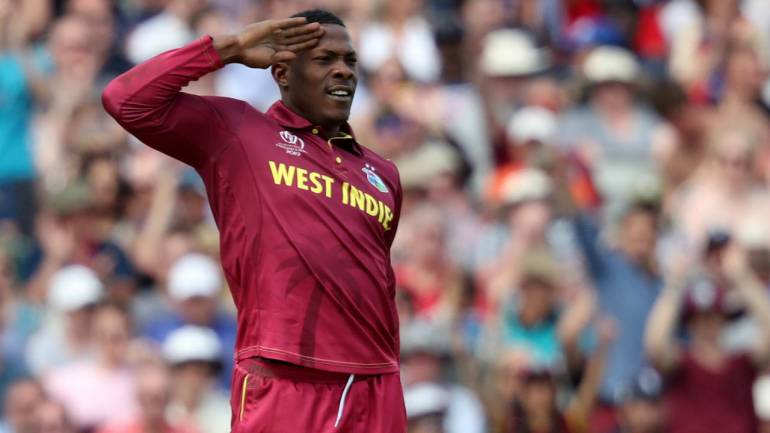 The Windies pacer was easily their best bowler in the T20I leg of the tour and boasted the best average among bowlers who played all three matches with an economy of just 7.58. West Indies will be hoping he can get them early breakthroughs and restrict the dangerous Indian top-order.

Other bets on the match can be checked on Oddschecker.

(With Inputs from PTI) Get access to India's fastest growing financial subscriptions service Moneycontrol Pro for as little as Rs 599 for first year. Use the code "GETPRO". Moneycontrol Pro offers you all the information you need for wealth creation including actionable investment ideas, independent research and insights & analysis For more information, check out the Moneycontrol website or mobile app.