UPCOMING EVENT:Special webinar on Highlights of global investing in 2021 and what lies ahead' at 2 pm on 21st January, 2022. Register Now!
you are here: HomeNewsCricket

A series loss to Bangladesh will only pose more questions to India as it looks to zero in on a settled squad for next year's T20 World Cup in Australia.

After being beaten comprehensively by Bangladesh in the 1st T20I at Delhi, India will look to bounce back in the three-match series when the two teams meet for the 2nd T20I at Rajkot on November 7. However, the Men in Blue could be deprived of that opportunity with Cyclone Maha expected to make landfall in Gujarat on match day.

In the absence of regular skipper Virat Kohli, a Rohit Sharma-led side were able to post just 148/6 at Delhi which Bangladesh riding on Mushfiqur Rahim's unbeaten 60 chased down with 7 wickets to spare. The result provided some much-needed joy to a team who have been rocked by players' strike over pay, injuries and suspension of their biggest star Shakib Al Hasan for failure to report corrupt approaches.

Meanwhile, India still haven't been able to carry forward their success in ODIs and Tests to T20Is as is evident from the results this year.

They have already lost a series at home this year -- to Australia -- before drawing against South Africa who were otherwise hammered in Tests.

In the absence of some senior players, including regular skipper Kohli, the second game of the three-match series is an ideal platform for the fringe players to show what they are made of.

All this will depend on how much of an impact Cyclone Maha has on the weather in the city.

In their loss in the series opener, Rohit Sharma admitted that India were not up to the mark in the field and a few wrong DRS calls also contributed to the eye-opening defeat.

Opener Shikhar Dhawan's form and strike-rate is also a concern going into the game on November 7.

A series loss to Bangladesh will only pose more questions to the home team as it looks to zero in on a settled squad for next year's T20 World Cup in Australia.

The hosts had a troublesome time with the bat at the Arun Jaitley stadium in Delhi where Dhawan was the only batsman to cross the 30-run mark as they posted 148.

Rohit, who had a rare failure on November 3, would be keen to lead by example.

Dhawan made 41 off 42 balls raising questions on his strike-rate and form. The great Sunil Gavaskar said more questions will be raised if Dhawan doesn't get a fluent knock in the remaining two games.

Another batsman who will be under pressure is KL Rahul, trying to cement his place in the T20 eleven after losing his spot in the Test squad.

A lot was expected from India's young brigade in Delhi but barring Shreyas Iyer, no one took the opposition attack by the scruff of its neck.

The likes of Rishabh Pant, Krunal Pandya and all-rounder Shivam Dube, who did not have a great start to his career, will have to justify their selection and deliver when the situation demands.

It would be interesting to see whether the team management gives another chance to Dube, or brings in Kerala wicket-keeper batsman Sanju Samson.

Also, if Karnataka batsman Manish Pandey makes the playing XI, one of them will have to make way for him.

The inexperienced Indian bowling attack is another area of concern for the team management. Pacer Khaleel Ahmed, who leaked 37 runs in his four overs and was hammered for four consecutive boundaries in the penultimate over in Delhi, could be dropped and Shardul Thakur may get a look in.

Spinners Washington Sundar, Yuzvendra Chahal and Krunal Pandya will not only have to contain the rival batsmen but will also need to provide breakthroughs.

On the other hand, Bangladesh, who registered their first T20 win against India in nine matches, will look to seal a memorable series victory.

The biggest star for coach Russell Domingo's team was Rahim, who anchored his team's tricky 149-run chase in Delhi.

He would look to play another crucial innings for the side in absence of senior pros Tamim Iqbal and Shakib.

Bangladesh bowlers, particularly spinner Aminul Isam and pacer Shafiul Islam, had a good outing in Delhi and will be aiming to build on that performance.

Indian captain Rohit Sharma hinted that the team could try to tinker with the pace bowling combination in Rajkot. Speaking to the media in his pre-match interaction he said, "Out batting looks good. So I don't think there's any change we need to make in our batting. But we'll analyze the pitch, and based on that we'll see what we can do as a team."

Khaleel Ahmed could lose his spot in the team to Shardul Thakur to put a lid on runs conceded in the death overs.

Bangladesh will be expected to come out with an unchanged playing XI.

Pitch report: The pitch at the Saurashtra Cricket Association Stadium is almost devoid of grass and is expected to be a batting paradise following the sticky wicket at Delhi which made it difficult for the batsmen to time their shots.

Weather forecast: With Cyclone Maha expected to make landfall, heavy rains have been predicted on the day of the match. However, there have been reports that the cyclone has weakened and good drainage facilities at the ground mean that play will be possible if the rains stay away in the later part of the day. 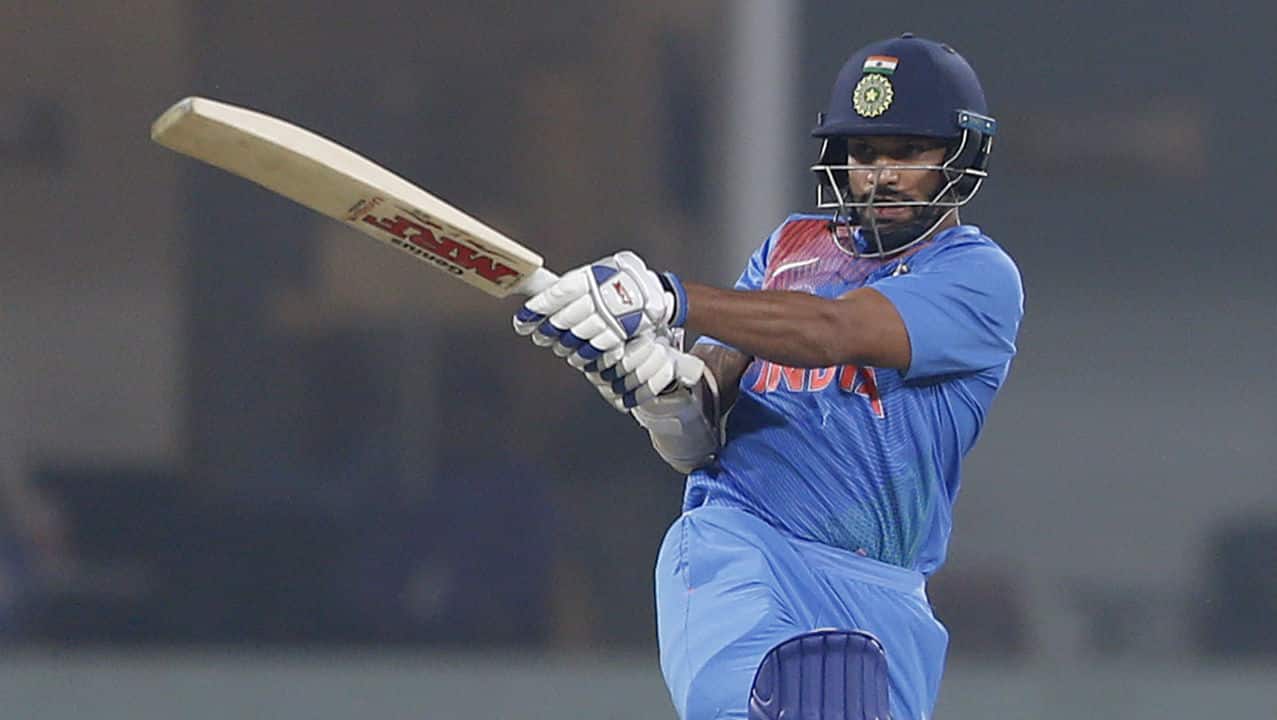 The Indian opener was the only batsman to post a decent total in Delhi on what was a tricky surface but his 41 runs came at a strike-rate of just 97.42. He will be eager to answer his critics and put in an explosive performance on what promises to be a good batting track. 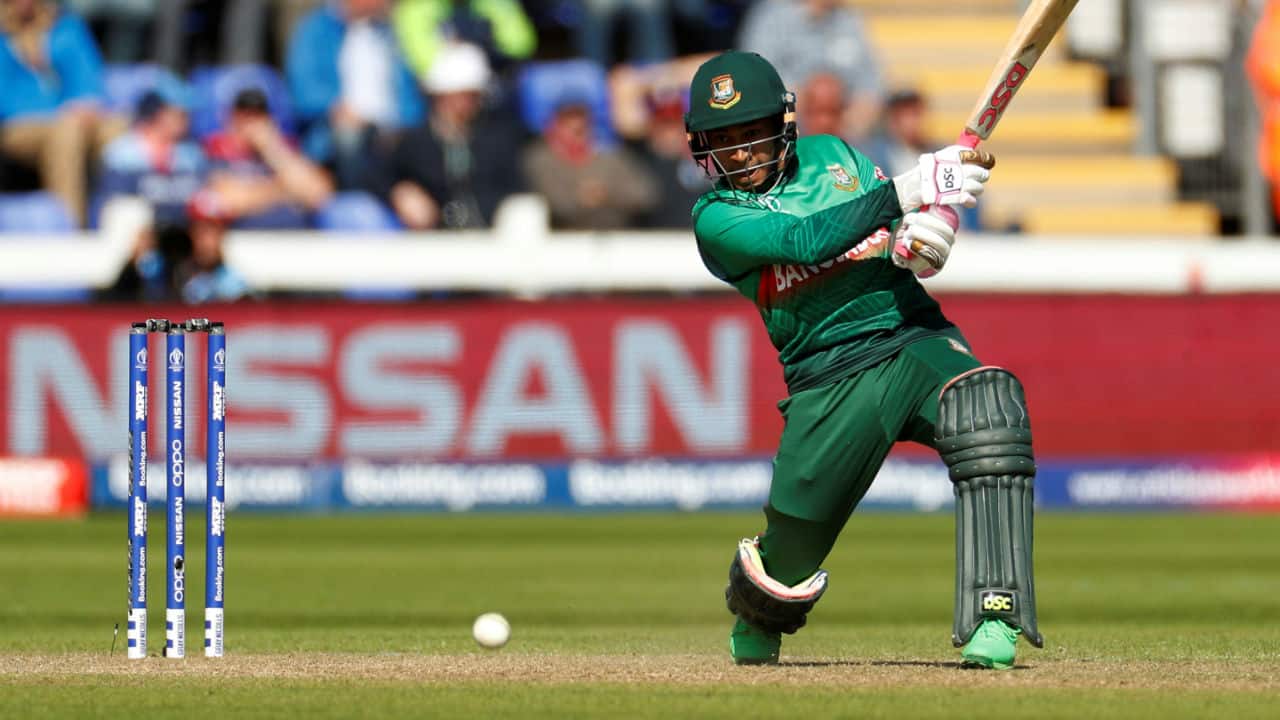 The Bangladesh wicket-keeper batsman took complete control of the previous match putting in a Man of the Match performance and guiding his team to victory. In the absence of other senior players, Bangladesh will once again look to Rahim to lead with the bat at Rajkot.

Where to watch: The match starts at 7 pm IST and will be broadcast live on Start Sports 1 and Star Sports 1 HD. Online viewers can catch the action on Hotstar.

Other odds can be checked on Oddschecker.com.