A high on confidence Australia will be looking to seal the issue and register back-to-back series wins in India, a rare feat for any visiting team.

Team India looked to experiment with the batting line-up in the first ODI against Australia by including all three in-form openers in the top three slots and moving captain Virat Kohli down to bat at four.

The Men in Blue saw the plan spectacularly backfire as the Aussies bundled them out for just 255 despite a good start. Then openers Aaron Finch and David Warner stitched together a record partnership to seal an emphatic 10-wicket win.

Going into the second ODI at the Saurashtra Cricket Association Stadium on January 17, captain Kohli looks set to return to his regular number three position as India fight to stay alive in the series after going 0-1 down with just two games to play.

Where to watch: The match starts at 1.30 PM IST. It will be broadcast live on Star Sports 1, Star Sports 1 HD and Star Sports Hindi. Online viewers can catch the action on Hotstar.

Kohli batting at three also provides stability to the middle-order.

With a concussed Rishabh Pant out of the second game, Rahul is a certainty as he will keep wickets.

So, like in the last game, Rohit and Dhawan, who made a dogged 74 off 91 balls in Wankhede, could open, and there could be a toss-up between Rahul and young Shreyas Iyer at number four. Iyer had a rare failure on January 14.

Pant's absence could pave the way for the inclusion of Karnataka batsman Manish Pandey, who made optimum use of the opportunity that he got in the third T20 against Sri Lanka in Pune.

It would also be interesting to see which among the experienced Kedar Jadhav and rookie Shivam Dube makes the squad.

Rohit, who had a phenomenal 2019, failed in the first game, but given the form he is in, the opener is expected to bounce back strongly here.

Ditto for Kohli, who is just one hundred short of equalling cricket icon Sachin Tendulkar's record of most hundreds on home soil for India.

The bowlers led by Jasprit Bumrah had a forgettable outing at the Wankhede and they would be more than eager to make a strong comeback and prove their mettle.

Bumrah, since his comeback, has not been as effective as earlier and he would like to change the perception.

It would be interesting to see whether India play Delhi speedster Navdeep Saini or persist with Shardul Thakur, who gave away 43 runs in Mumbai.

Ravindra Jadeja looks a certainty and so the choice would be between chinaman Kuldeep Yadav, who conceded 55 runs in the first ODI and Yuzvendra Chahal as the lead spinner.

On the other hand, a high on confidence Australia will be looking to seal the issue to register back to back series wins in India, a rare feat for any visiting team. The Finch-Warner combination will look forward to carry the momentum.

If all of them fire in unison, along with the openers, then it will hard for the opposition bowlers.

However, it will be quite a test of their middle-order at the Saurashtra Cricket Association stadium.

Australian bowlers also showed at the Wankhede, why they are considered among the best.

Spinners Adam Zampa and Ashton Agar, not only contained the runs, but provided crucial breakthroughs and are expected to play a similar role again in the middle overs.

The track here is expected to be a belter and India can draw confidence from the home series against New Zealand in 2017, when they won 2-1 after losing the opener, co-incidentally in Mumbai.

Pitch and Conditions: The track is expected to be a belter and India can draw confidence from the home series against New Zealand in 2017, when they won 2-1 after losing the opener, co-incidentally in Mumbai. 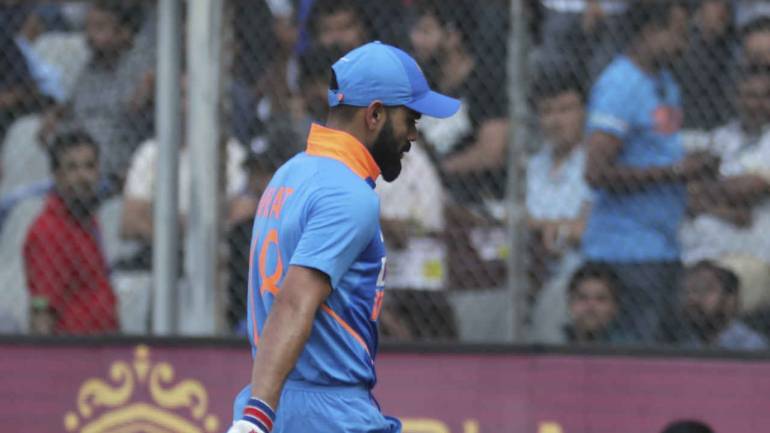 The Indian skipper had a rare failure in the previous match and for the sixth time in limited overs cricket was dismissed by the leg-spinner Zampa. Kohli will be hungry to get back on the field in his regular position and resume his battle with the leggie. 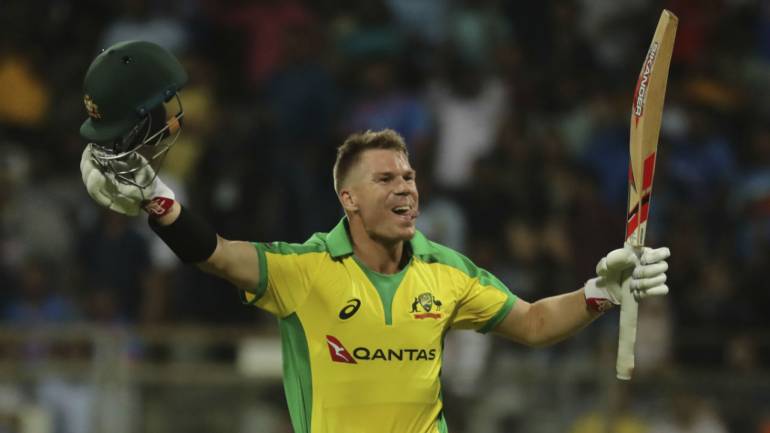 The southpaw seemed to be batting on a different track in Mumbai bringing up his century from just 88 balls. Warner seems back to his explosive best and will prove a tricky one to stop for the Indian bowlers.

(With Inputs from PTI)Get access to India's fastest growing financial subscriptions service Moneycontrol Pro for as little as Rs 599 for first year. Use the code "GETPRO". Moneycontrol Pro offers you all the information you need for wealth creation including actionable investment ideas, independent research and insights & analysis For more information, check out the Moneycontrol website or mobile app.