As many as 16,738 new cases of novel coronavirus were reported, with India’s total COVID-19 cases above 1.10 crore, as per health ministry’s February 25, 2021 update. New cases reported up 22 percent over the previous day.

India reported 138 new deaths and 11,799 new recoveries in the last 24 hours, the latest release show. As many as 1,26,71,163 beneficiaries have been vaccinated across India according to February 25, update. 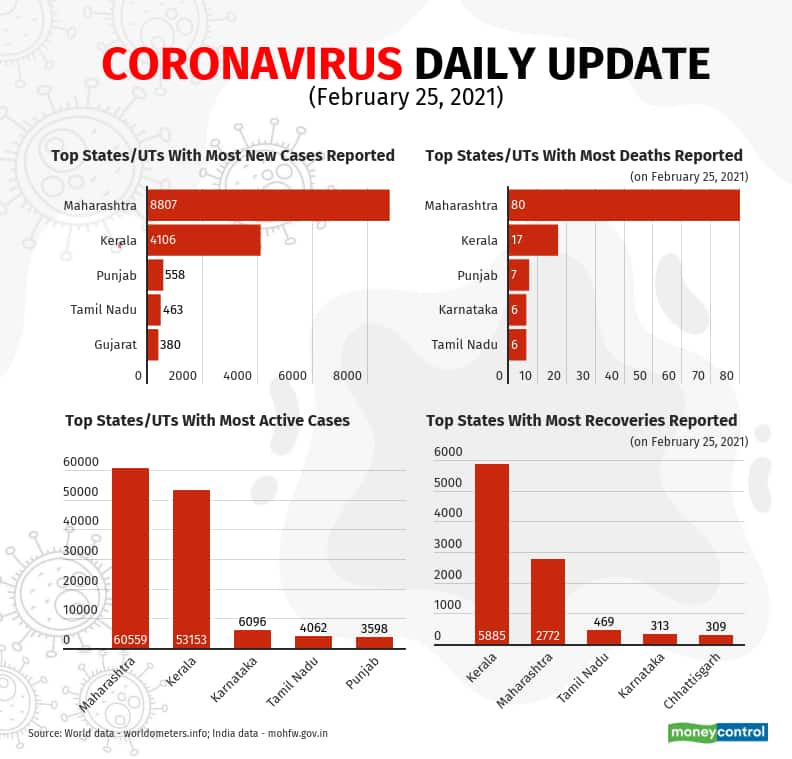 Maharashtra also reported the most (80 or 58 percent) new deaths, followed by Kerala (17), Punjab (7), Karnataka (6) and Tamil Nadu (6). These five states account for 84 percent of all the new deaths reported across the country. 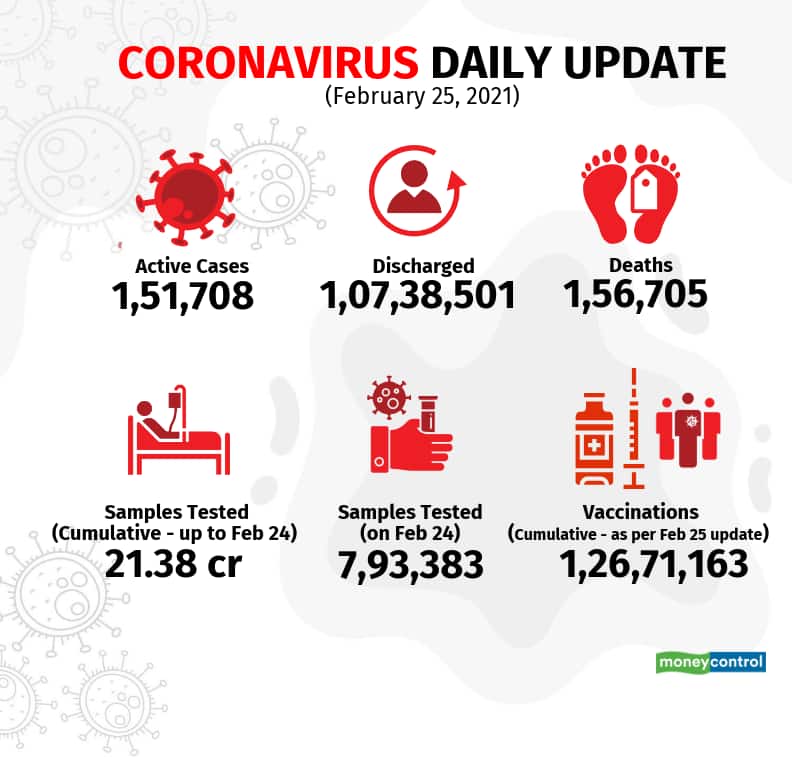 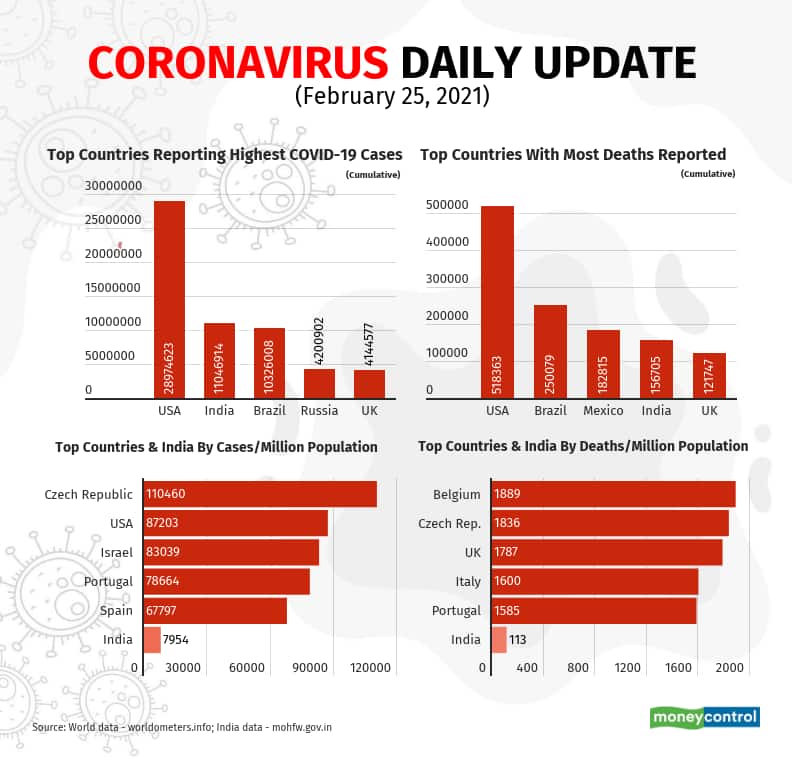