In an interview to CNBC-TV18’s Reema Tendulkar and Nigel D’Souza, Anurag Mundra, Joint MD at Ujaas Energy spoke from the sidelines of the Valorem Week Analyst Conference 2017 about the order received from Indraprastha Gas and also spoke about their order pipeline going forward.

In an interview to CNBC-TV18’s Reema Tendulkar and Nigel D’Souza, Anurag Mundra, Joint MD at Ujaas Energy spoke from the sidelines of the Valorem Week Analyst Conference 2017 about the order received from Indraprastha Gas and also spoke about their order pipeline going forward.

Below is the transcript of that interview

Reema: On Friday you had bagged a small order from Indraprastha, could you give us the value of that particular order and what is the profit contribution that you are expecting?

A: The order we got from Indraprastha Gas is about 700 kilowatt. It is on the rooftop project. It has a value roughly around Rs 5 crore. You may be aware that India wants to achieve a capacity of 40 gigawatt on the rooftop space out of the total 100 gigawatt being projected by 2022. So, this is just one of the order we have got. 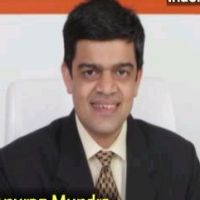 Nigel: Recently you had sold some stake in the company, promoters had cut down their stake. They said that they are loading some funds to bid some more orders and some of those, the order bidding was supposed to take place by March 2017. Has any of that bidding taken place, have you won any of it, have you lost any of those orders, has it gone to someone else, give us an update because the street is very cautious why is the promoter selling stake and then you clarify that maybe you are looking to bid for more orders, so, could you give us some clarity on that?

A: One of the bid of 1,000 megawatt was going to happen in March and it has been extend in the month of April. Now, as per the current information, the bid is going to happen on April 17. Now, this rooftop, significant capacity of the rooftop will come in the Renewable Energy Service Company (RESCO) model where the asset owner will pay for the power they will purchase from that particular asset. So, we have build-up capacities for that.

We will be participating in tenders through a special purpose vehicle (SPV) where a majority shareholder will come and take the majority stake in that SPV will do that. As a company, we are very clear to be asset light and at the same time, we want to be debt light. Now, this is a mode of operation which we can continue with and will give a decent EPC margin as well as we do not intend to hold any stake in that particular SPV for a long time to come.

Reema: You spoke about an Rs 1,000 crore order bid in April, right?

Reema: What have you commissioned so far in terms of solar plants in FY17 and if you could tell us what is your order book right now and the timeline of completion of that?

A: From the start of the year, we are maintaining that in FY17 we will do roughly around 80 megawatt and we are right on the track. We will be commissioning that type of project in this year. We deliver solar power plant project in 90-120 days in our solutions business, so, we never had and we will never have a big order book position at a given particular moment of time. We have a bid book position of roughly around 70 megawatt as of now.

Nigel: Just wanted to ask you, nine months your revenues have been around Rs 320 crore, so you are doing around Rs 100-110 crore per quarter. Rs 500 crore you had told us earlier this year that you will do for FY17, so, you are going to see that number, is it still doable, Rs 180 crore in the final quarter?

A: I have not committed any number for that year but yes, it is a simple math, if we take 80 megawatt capacity in one particular year and multiply by the average cost of solar power plant which is now widely available, yes, we will be reaching some good number.

Reema: You had hinted of a QIP earlier, any update on that?

A: The month of March is always very busy for us. So, for time being, we are not focusing on that.

Nigel: You had sold stake to bid for this project, so, you are telling us it is in April. Once you bid for it, whether you win or not, once that gets done will you go to buyback those shares from the market?

A: No, that will be done in the month of June. There will be ‘n’ number of bids coming up. If you look at the solar sector next year, i.e. FY18, as a nation we are looking for a business opportunity of close to 15 gigawatt.

Nigel: What is the current holding of the promoter and will you be looking to buyback any of the shares that you sold?

A: The current holding is around 64 percent and we are not looking for any buyback. This is a sector which is growing with a lot of opportunities.
Tags: #Anurag Mundra #Business #Indraprastha Gas #Nigel D'Souza #Reema Tendulkar #Ujaas Energy #Valorem Week Analyst Conference 2017
first published: Mar 27, 2017 02:46 pm