The Budget 2020, however, was silent on the taxation of long-term capital gains, which is a disappointment for the capital markets.

The Union Budget is not just a statement of government expenditure and revenues, it is also the gist of the hopes and expectations of a billion people. Coming amid an economic slowdown, the Budget 2020 was expected to be monumental. But did the Budget 2020 live up to the expectations? While some Union Budget expectations like changes in income tax rates were met, others, like the removal of long-term capital gains, remained unfulfilled. Let us take a comprehensive look at the hits and misses of Budget 2020.

The government was widely expected to lower the income tax rates for the common man. The Finance Minister met the expectations to a large extent, but inserted a few caveats. She announced a new income tax regime with revised tax slabs. People with an annual income between Rs 5 lakh and Rs 7.5 lakh will now be taxed at 10 percent, as compared to 20 percent earlier. 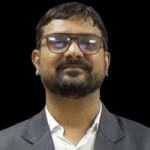 Though the tax slabs have been revised, the expectations of a simplified structure remain unfulfilled. It was expected that the government will announce a tax structure with just four income slabs. An income tax of 10 percent on an annual income of Rs 2.5 lakh - 10 lakh, 20 percent on Rs 10 lakh - 20 lakh and 30 percent on income over Rs 20 lakh. It would have significantly boosted the spending capacity of middle and upper-middle-class consumers.

Additionally, a reduction in the income tax rate was expected along with the existing tax deductions. However, to avail the benefits of the new tax regime, one will have to forego existing tax deductions like Section 80C and 80D of the Income Tax Act. The exclusion of deductions significantly curtailed the benefits of reduced taxes. The new tax regime, however, has been made optional by the government. People who want to avail tax deductions can pay taxes at the current rates. Falling tax receipts may have forced the government to limit the scope of the revised tax system.

The integration of India into global supply chains is a prerequisite for creating adequate jobs. The government was expected to announce a scheme to provide production-linked benefits to attract manufacturers of semiconductors and microprocessors to India. The latest Economic Survey has also proposed an ’Assemble in India’ plan. The Finance Minister mentioned the need to promote the manufacturing of smartphones, semiconductors and electronic equipment, but shied away from giving any details.

However, the government announced the formation of the National Technical Textile Mission with an outlay of Rs 1,480 crore over four years to boost domestic manufacturing and cut down imports. Contrary to expectations, no tax incentives for the manufacturers of photovoltaic cells, lithium-ion batteries, computers and servers were announced. In a boost to the digital economy, the government proposed a policy to enable data parks across the country.

The capital markets had a host of expectations from the Union Budget 2020. The government was expected to abolish the long-term capital gains tax and the dividend distribution tax, or DDT, in the Budget 2020. Some people had expected the DDT to remain, but the liability to be shifted to the investor. The Finance Minister proposed to tax dividend in the hands of the recipients rather than companies. Currently, companies have to pay DDT at the rate of 15 percent plus cess. The Budget 2020, however, was silent on the taxation of long-term capital gains, which was a disappointment for the capital markets.

The Budget 2020 was expected to boost infrastructure spending as it could be a major stimulant for the economy. The government, however, stuck to existing targets and avoided announcing major projects. The government envisions to set up 100 new airports by 2024 to support the flagship UDAN scheme. The Finance Minister reiterated the government’s commitment to spend Rs 100 lakh crore to develop world-class infrastructure. In a significant announcement, the government proposed to come out with a National Logistics Policy, which if implemented properly, could reduce logistics cost and boost manufacturing.

To shore up the financial condition of the National Highways Authority of India, the Finance Minister announced the faster commercialization of highways. The government plans to monetize 6,000 km of existing highways by 2024. Besides the monetisation of highways, the Budget 2020 has proposals for the corporatisation of seaports, which will be achieved by listing them on the stock markets. In line with expectations, the government will spend Rs 1.7 lakh crore on transport infrastructure in 2020-21.

The Union Budget 2020 has several remarkable proposals. If the government focuses on the efficient implementation of the policies, the target to become a $5 trillion economy can be achieved. There were a few unfulfilled expectations, but it is never easy to meet the expectations of over a billion people with a single document.

(The author is Head – Fundamental Research at Axis Securities.)