Selected Articles from
Financial Times on Moneycontrol Pro
Webinar :Register now for webinar on 'Trade BankNifty in just 15 minutes a day' - By Asmita Patel
you are here: HomeNewsBusinessStocks

Zinc to outperform in 2014: Nirmal Bang

Nirmal Bang has come out with its fundamental research report on Zinc. "The combination of rising global Zinc demand along with supply shortfalls due to closures of some major Zinc operations in 2013 and 2014 is expected to create a supply deficit in the Zinc market and therefore, Zinc prices would remain strong in the year 2014," says the report.

Global Zinc market is expected to remain in deficit in the 2014, taking its first turnaround as the Zinc market has always remained in surplus since the last four years. During the Jan-Oct period of 2013, Zinc markets have been in deficit of 2,000 tonnes as compared to 101,000 tonnes in Jan-Oct period of 2012. Global Zinc demand is expected to rise by 6 percent in the year 2013 from the last year with the demand coming from the major consuming regions like China, US and Europe.

During Jan-Oct’13 period, Zinc refined production have increase by almost 6 percent, while Zinc consumption have increased by 7 percent as compared to last year indicating that the surplus will slowly turn into deficit in the coming year.

During the last three months, we have seen an encouraging global economic recovery in the major consuming regions like China, India & other emerging economies followed by a recovery in the US which makes us believe the demand for Zinc is expected to put upward pressure on global Zinc prices. 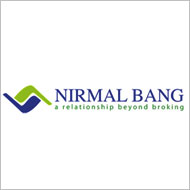 Also, with the on-going monetary easing in US, Europe and Japan is helping the economy to grow at a stable pace. Going forward we feel that due to the enormous infrastructure spending by China and a recovering US economy may provide further demand support for the metal.

Outlook: The combination of rising global Zinc demand along with supply shortfalls due to closures of some major Zinc operations in 2013 and 2014 is expected to create a supply deficit in the Zinc market and therefore, Zinc prices would remain strong in the year 2014. We expect LME Zinc prices to move up towards USD 2350-USD 2450 per tonne in the next two quarters of 2014 and MCX Zinc to move up towards Rs 140-142 per kg in the next two quarters of 2014.