Exclusive Webinar :Don't miss the latest webinar on Global Investing with Passive Products on June 22, 11am
you are here: HomeNewsBusinessStocks

Brokerage house Emkay Global Financial Services is bearish on Adani Power and has recommended sell rating on the stock with a target price of Rs 34, in its research report dated May 11, 2015.

APWR Q4FY15 adjusted loss was Rs53bn vs our expectation of a loss of Rs80bn. The lower loss was largely due to lower depreciation and higher other income

We expect losses to continue in FY16-17, despite factoring CERC, MERC and RERC compensatory tariffs

Though recent compensatory tariff orders have been positive for Adani, earlier CERC orders have been challenged in APTEL creating an uncertainty over the final outcome. Further, even in case of a favorable outcome losses will continue

Most expensive private power utility with valuations at 3.9x FY16E book. Maintain Sell with a price target of Rs34/sh. 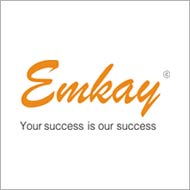 Operationally the numbers were below our estimates. Fuel cost per unit during the quarter increased despite decrease in international coal prices due to the adverse impact of fuel mix. During the quarter, the supply of linkage coal was not adequate, hence the company had to import coal. Fuel cost reported during the quarter was Rs2.45/unit (vs of our expectation of Rs2.10/unit, Rs2.24/unit sequentially). However, on the positive side the merchant realizations remained firmed at Rs4.10/unit and PPA realizations increased marginally to Rs.3.79/ unit vs rs3.54 sequentially. The PLF during the quarter was down due to lower declared capacity at Mundra power plant and back down by discoms at Tiroda and Kawai. For the quarter company accounted for compensatory tariff of Rs.4.4bn and for the FY15 the total compensatory tariff booked was more than Rs20bn. This was also reflected in the working capital position of the company where the receivables of the company increased to Rs35bn at the end of FY15 vs. Rs15bn at the end of FYFY14.

"Continued losses has put pressure on the net worth of the company (Rs50bn, excluding CERC compensatory tariff), the D:E mix remains high at more than 10x. Though the recent MERC, CERC and RERC orders have been positive, earlier CERC orders have been challenged in APTEL by procurers, thereby creating uncertainty over the final outcome. Further, even with the compensatory tariffs, these projects are likely to make losses, which means the value for equity holders of APWR is unlikely to be created. It remains the most expensive private power utility with valuations at 3.3x FY15E book (which, we believe, could be downgraded, as we expect it to make losses despite tariff hike). We believe valuations to some extent still factors in cheaper fuel, aggressive operating parameters. Maintain Sell, with a PT of Rs34/sh. The key risk to our call would be higher than expected supply from Bunyu, and higher than expected merchant volumes and realizations", says Emkay Global Financial Services research report.